Archangel Michael Does WHAT in The Tribulation? (Revelation 12:6-7) 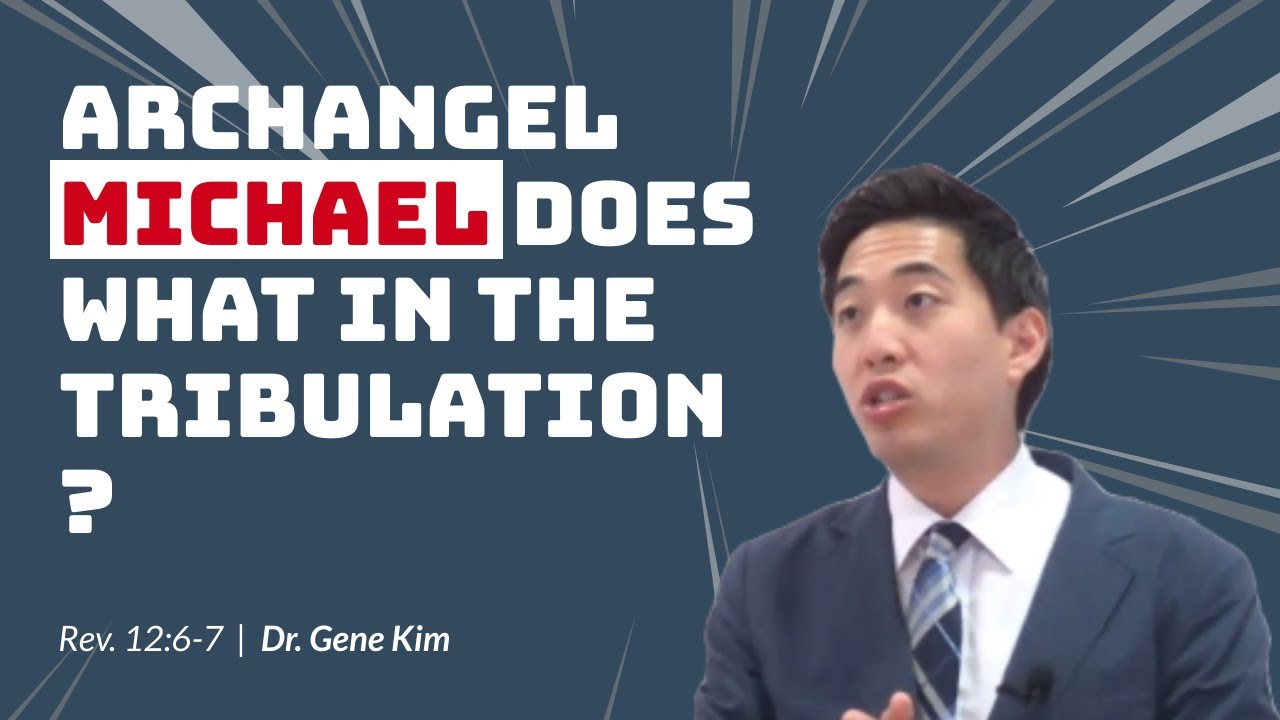 Revelation 12:6: “And the woman fled into the wilderness, where she hath a place prepared of God, that they should feed her there a thousand two hundred and threescore days.”

The woman, Israel, fled into the wilderness. So we know that she is going to run away from the persecution of the Antichrist and God’s going to feed her with manna. Israel is going to a place where God prepares for them in the wilderness, is fed with manna from the heads of Leviathan, and she will be fed over there 1260 days.

The first clue is this: the Bible talks about 42 months. Throughout the tribulation, what’s extremely interesting as you read your entire book of Revelation is that it keeps saying three and a half years. It’s all over the book of Revelation. So that’s how we can tell that this 1260 days is going to match that.

If you calculate that, that’s going to equals to three and a half years.

To calculate this 1260 days, we go by the biblical calendar. One biblical month in the Bible is 30 days, whereas it’s not nicely 30 days every month in our calendar.

Genesis 7:11: “In the six hundredth year of Noah’s life, in the second month, the seventeenth day of the month, the same day were all the fountains of the great deep broken up, and the windows of heaven were opened.”

This is Noah’s flood. The flood started in the second month, the seventeenth day.

Genesis 8:3-4: “And the waters returned from off the earth continually: and after the end of the hundred and fifty days the waters were abated. And the ark rested in the seventh month, on the seventeenth day of the month, upon the mountains of Ararat.”

Notice it says right here, it says the seventh-month seventeenth day. That’s when the flood was over and the waters were starting to recede.

So if we’re going by this, this is exactly five months in between. Genesis 8:3 says 150 days. So this means that one biblical month has 30 days.

“And there was war in heaven:”

There was war out here in the universe. Remember, this is where the stars were located if you read Revelation 12:4. The dragon is in the stars of heaven, so he’s at the particular heaven where the stars are located, so he’s at the second heaven. In the Bible, there are three levels of heaven: the first level is the sky, the second heaven is the universe, outer space and the third heaven is where God lives now.

We’re going to look at two passages. Notice here that Michael does not even dare to fight against Satan because that’s how powerful Satan is.

Jude 9: “Yet Michael the archangel, when contending with the devil he disputed about the body of Moses, durst not bring against him a railing accusation, but said, The Lord rebuke thee.”

When they were contending, Michael the archangel didn’t do anything. He didn’t dare bring a rallying accusation, all he did was surrender the devil to Jesus Christ, to God. And that’s important for a Christian is that you got to do that too.

Why is Michael the archangel coming down here at Revelation? Remember, the attention is on the woman. The woman is supposed to be Israel. The reason why Michael the archangel is coming down is that he’s representing Israel. That’s why they’re both mentioned in the same chapter. Because the Christian church is already raptured up to heaven, that’s why we know that the church has a separate program from the nation of Israel.

The nation of Israel is down on earth in the tribulation, the church raptures up to heaven while Michael the archangel intervenes and starts his role at the tribulation and comes down.

Also, in Jude we read ‘Michael the archangel’, notice that it says ‘THE archangel’, so when somebody tries to give you this weird teaching that there are three or five archangels, where they name Michael, Lucifer, Gabriel, Leonardo and Raphael and all the teenage mutant ninja turtles, I kid you not, the book of Enoch mentions stuff like that. A lot of people online get caught up with this gnostic garbage that’s going around so you got to realize that it’s the book of Enoch. Yes, it has some interesting part that can contribute to the Genesis 6 account but guess what, so does Greek mythology, so does Babylonian paganism. You got to realize that you can’t take Enoch as scripture.

So when the book of Jude says the archangel, meaning then it’s as if there’s only one archangel.

1 Thessalonians 4:16-17: “For the Lord himself shall descend from heaven with a shout, with the voice of the archangel, and with the trump of God: and the dead in Christ shall rise first: Then we which are alive and remain shall be caught up together with them in the clouds, to meet the Lord in the air: and so shall we ever be with the Lord.”

Notice that the church goes up and gets raptured when the archangel starts to come down.

But this woman, Israel, there is no record of her going up. It’s only the child that goes up, we saw the woman is actually left behind when the dragon comes down on the earth. She stays there longer.

There’s no doubt, there has to be a dispensational teaching where Israel is the group that goes through the tribulation whereas the church is the one that leaves before the tribulation.