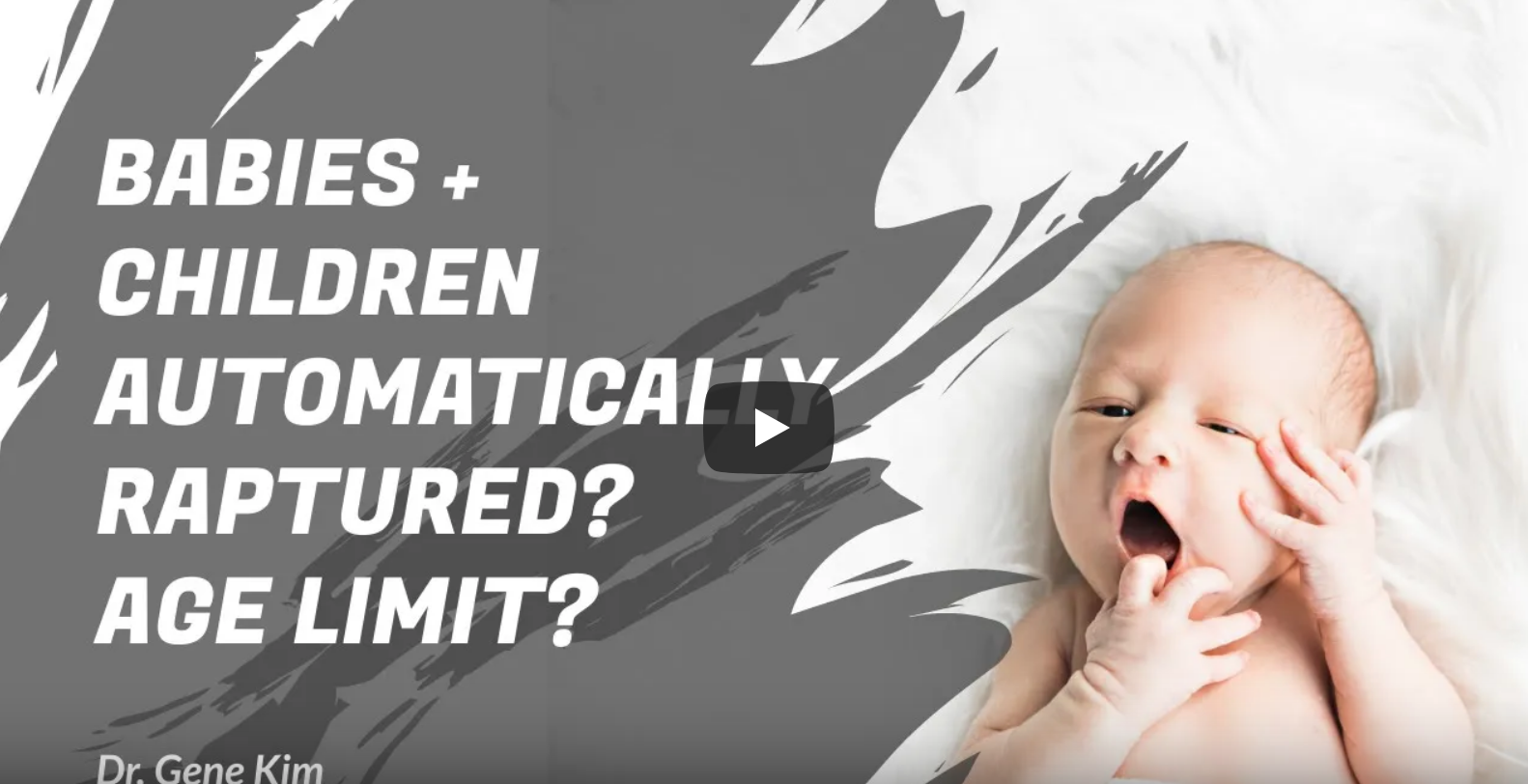 Many people wonder what the age of accountability is for a person to be automatically raptured. Rather than being associated with age, one is held accountable for their salvation through knowledge of the gospel (1 Thessalonians 4:14) or rather the ability to differentiate right from wrong (Romans 5:13).

Many people believe that because their children are young, they are automatically not held accountable for sin, but it may not be the case. God is more gracious than you might believe (2 Peter 3:9) since there are adults that are also not held accountable due to their lack of knowledge of good and evil (Numbers 14:29). For this reason, it is advised to share the gospel with children sooner rather than later as children are the best prospects for getting saved (Matthew 18:3) due to their lack of bias over the gospel.

That being said, the way you share the gospel with adults is different from the way it is presented to children in that the terminology is simplified for children since they have a more simplified understanding of things than adults do. Regardless of age, accountability is tied to the understanding of what sin is.

Romans 5:13 For until the law sin was in the world: but sin is not imputed when there is no law.

Romans 7:7-9 What shall we say then? Is the law sin? God forbid. Nay, I had not known sin, but by the law: for I had not known lust, except the law had said, Thou shalt not covet. But sin, taking occasion by the commandment, wrought in me all manner of concupiscence. For without the law sin was dead. For I was alive without the law once: but when the commandment came, sin revived, and I died.

Deuteronomy 1:39 Moreover your little ones, which ye said should be a prey, and your children, which in that day had no knowledge between good and evil, they shall go in thither, and unto them will I give it, and they shall possess it.

Numbers 14:29 Your carcases shall fall in this wilderness; and all that were numbered of you, according to your whole number, from twenty years old and upward which have murmured against me.

Numbers 14:31 But your little ones, which ye said should be a prey, them will I bring in, and they shall know the land which ye have despised.

Matthew 18:3 And said, Verily I say unto you, Except ye be converted, and become as little children, ye shall not enter into the kingdom of heaven.

2 Peter 3:9 The Lord is not slack concerning his promise, as some men count slackness; but is longsuffering to us-ward, not willing that any should perish, but that all should come to repentance

1 Thessalonians 4:14 For if we believe that Jesus died and rose again, even so them also which sleep in Jesus will God bring with him.