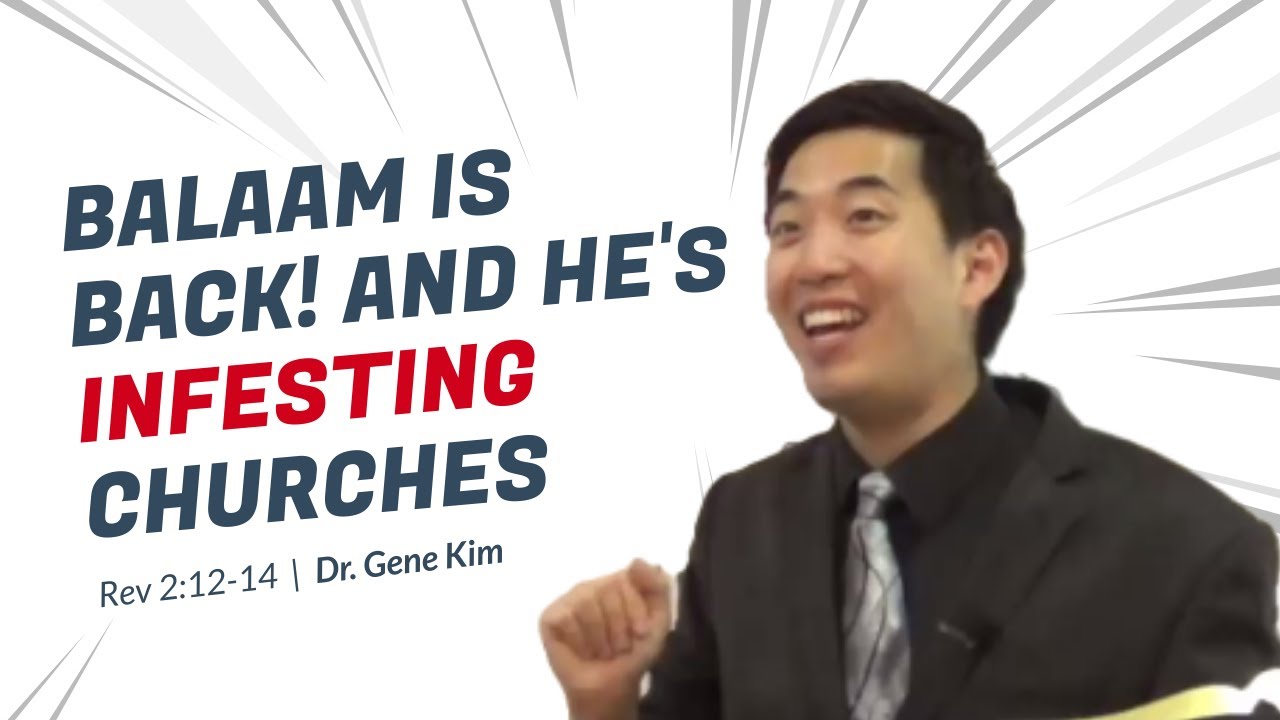 Revelation 2:12 “And to the angel of the church in Pergamos write; These things saith he which hath the sharp sword with two edges;”

“And to the angel of the church in Pergamos write;”

John is writing to this angel representation of the church in Pergamus.

“These things saith he which hath the sharp sword with two edges;”

Jesus Christ has a sharp sword with two edges. Notice that is a tribulation warning here.

[Smyrna means Myrrh, it is used as embalming over dead bodies, so this was truly a persecuted church]

Revelation 19:11 “And I saw heaven opened, and behold a white horse; and he that sat upon him was called Faithful and True, and in righteousness he doth judge and make war.”

Revelation 19:13 “And he was clothed with a vesture dipped in blood: and his name is called The Word of God.”

Revelation 19:15 “And out of his mouth goeth a sharp sword, that with it he should smite the nations: and he shall rule them with a rod of iron: and he treadeth the winepress of the fierceness and wrath of Almighty God.”

When He comes down, a sharp sword comes out of His mouth. That’s tribulation wording.

Hebrews 4:12 “For the word of God is quick, and powerful, and sharper than any twoedged sword, piercing even to the dividing asunder of soul and spirit, and of the joints and marrow, and is a discerner of the thoughts and intents of the heart.”

This is referring to Jesus Christ having a two-edged sword.

Revelation 2:13 “I know thy works, and where thou dwellest, even where Satan’s seat is: and thou holdest fast my name, and hast not denied my faith, even in those days wherein Antipas was my faithful martyr, who was slain among you, where Satan dwelleth.”

“I know thy works, and where thou dwellest, even where Satan’s seat is:”

He knows the works of Pergamus, where they’re dwelling, and even Satan’s seat. That’s important, where is Satan’s seat? There’s no better place for him to sit than where the Roman Catholic church would be at, that’s where his seat lies. If we look throughout our church age, who was the number one enemy that always resisted the Christian church from the beginning of Ephesus even to Laodicea? It is Rome. Babylon’s religion was always alive ever since Nimrod, it just shifted in different forms. In this time, it was undoubtedly Rome.

“and thou holdest fast my name,”

Pergamus held fast onto Jesus Christ’s name. Christianity was victorious. That’s true. During the church age timeline, Christianity prevailed against pagan Rome, and pagan Rome was losing its power. What did they have to do? Under Constantine, they had to combine the two together. So this is a Christian church that combined with pagan Rome, and that’s what you’re going to find out here with Pergamus.

“and hast not denied my faith,”

They didn’t, they overcame. During the Smyrna timeline, they never denied Jesus.

“even in those days wherein Antipas was my faithful martyr, who was slain among you, where Satan dwelleth.”

Notice that God even named a specific martyr who died for the name of Jesus Christ where Satan dwelleth. If you think during the timeline, where were Christians being persecuted? It was Rome. That verse says where Antipas died, where Satan’s seat dwelleth.

Revelation 2:14 “But I have a few things against thee, because thou hast there them that hold the doctrine of Balaam, who taught Balac to cast a stumblingblock before the children of Israel, to eat things sacrificed unto idols, and to commit fornication.”

“But I have a few things against thee,”

He didn’t say this to Symrna, He said this to Pergamus. Because Smyrna didn’t compromise in mingling with Rome but Pergamus combined with pagan Rome.

“because thou hast there them that hold the doctrine of Balaam,”

They took Balaam’s doctrine with them. Balaam is a false prophet.

Balac is a pagan Moabite king.

“to cast a stumblingblock before the children of Israel,”

They put a problem among the Jews.

“to eat things sacrificed unto idols, and to commit fornication.”

Notice that Balaam contributed to telling Balac that the Jews, make them sacrifice to their idols and fornicate with your people.

If you look at the Old Testament, it doesn’t show you that. It will show you that Balaam tried every way in the world to compromise with Balac but God kept preventing him from cursing the Jews. So Balaam’s all depressed because he can’t get his blank cheque from the king because God kept scaring the devil out of him.

So what could Balaam do? He can tell Balac, instead of cursing the Jews, why don’t you make them mingle with your people and worship the idols?

That’s why it makes sense that the Bible says in the Old Testament, that the Jews killed not only Balac but Balaam too. It makes you wonder why would God kill Balaam, he didn’t curse the Jews. This is advanced revelation right here, further revelation, jumping all the way forward to Revelation 2:14 where you don’t see it at your Old Testament. If you don’t believe in advanced revelation, you’re not going to see that.

Notice that Balaam caused Balac to make the Moabites seduce and mingle with the children of Israel. That’s why it makes so much sense in the book of Jude, the Bible says that Balaam went after money and his soul was damned in hell for eternity. Did you think that Balaam was a prophet of God? No, the Bible says that he’s a false prophet because he went after money and he got it. He got what he wanted, his money, but it cost him his soul for all eternity.

So that was Pergamus’s problem, they went after the doctrine of Balaam, a false prophet, and Balac, a pagan king. During the church age timeline, there was a pagan Roman king, Constantine, and there was a false prophet as well, where they mingled the two together: Roman Catholic Empire. Church and state combined together.

That’s why today in America, we emphasize so much about separation of church and state. Why do we do that? Because at the beginning of our forefathers’ history, America’s beginning, they were all against the pope and the Catholic church. If they were thinking about religion, it wasn’t Islam or Mormonism, it was the Catholic church. They knew that was public enemy number one, that’s why they did the constitution and all that. Masons and the other guys had to go underground to do it. The Catholic church was so powerful and all over that it was public knowledge.