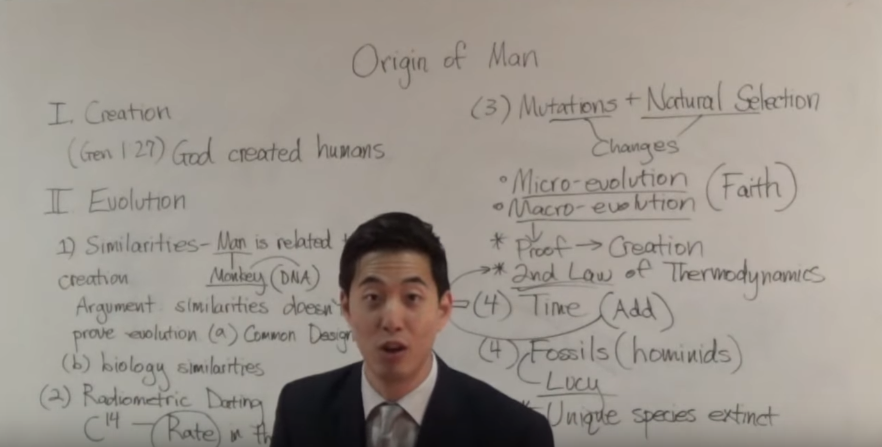 A lot of evolutionists or scientists stubbornly refuse to denounce evolution because there is only one option left: you have to believe in God.

If they believe in God, then they’d have to believe in certain morals or rules so that’s why they cling to evolution no matter what.

They believe that God used evolution to create the world.

God created the world in 6 days.

Exodus 20:11 “For in six days the LORD made heaven and earth, the sea, and all that in them is, and rested the seventh day: wherefore the LORD blessed the sabbath day, and hallowed it.”

This is used by theistic evolutionist that when God created the world in 6 days, a day can represent a thousand years, it’s metaphorical.

But these verses here proves that they were literal 24 hours a day.

How could plants survive for years without sunlight?