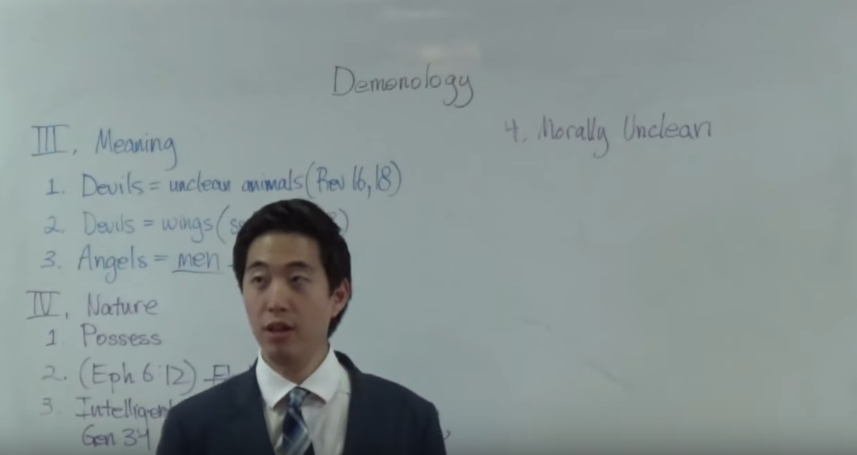 ‘demon’ comes from a Greek word.

This word in Greek is actually used in a positive sense, not negative.

Modern bibles, when they talk about demons, they use the word ‘demon’. King James Bible will use the word devil.

The word ‘devil’ comes from the devil himself, Satan.

(From here onwards, we may use the word demon/devils interchangeably)

Theories of the origin:

There is no verse in the Bible that shows that these demons are omnipresent, omniscient, or omnipotent. So these demonic creatures will allude to us as if they are, when that happens, don’t get fooled by them.