Can God Create a Rock He Cannot Move? 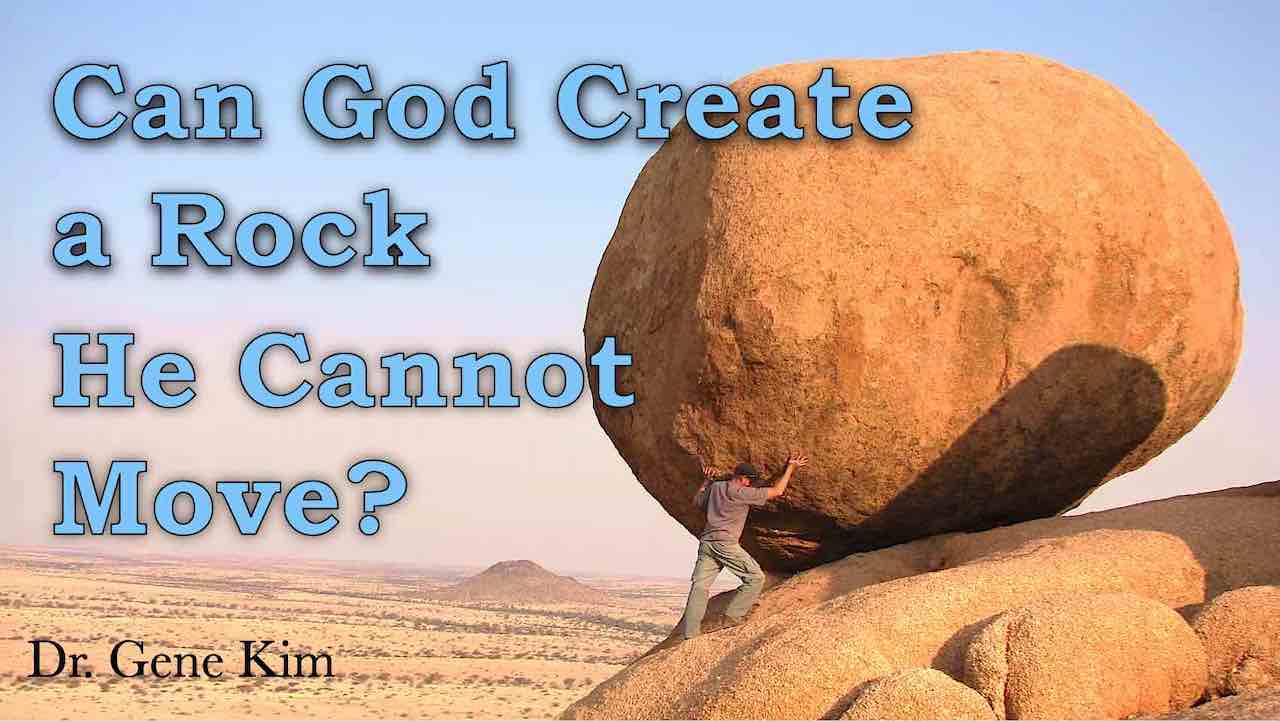 As Christians, we believe God is omnipotent, meaning that He is all-powerful. Scripture shows us that He is so and because there is scriptural proof we believe it. However, critics will try to disprove God’s omnipotence by asking whether God can sin, lie, murder, etc, and whether He can create a rock that He can never move? To answer these questions. let us delve into Scripture.

Job 42:2: “I know that thou canst do every thing, and that no thought can be withholden from thee.”

Job is describing God here, and the fact that He can do everything is mentioned, thus proving God is omnipotent,

This verse proves that nothing is impossible for God. As Christians, we put our faith in God because He can do all things. This is why we have faith in Him and where our peace of mind stems from. However, the world will try to distort one of His greatest promises and reject God who only wishes to comfort them.

Matthew 19:26: “But Jesus beheld them, and said unto them, With men this is impossible; but with God all things are possible.”

Here is another proof for God’s omnipotence.

Critics ask whether God can do evil things such as men do. To answer this, a person needs to know a basic doctrine called the balance and attributes of God. Simply put, this doctrine encompasses that whatever God does in His attribute is in a perfect balance and is perfect. For instance, if we say God is 100% love, He is also 100% hate (similar to a battery in that it has a positive and a negative side and is overall balanced). A false balance is an abomination to God. It makes sense why God can have 100% love and 100% hate (the same with wrath and mercy). But why 100%, can’t it be 90%? If you consider when a person goes to hell, God has to give 100% of His wrath where this person burns forever, which is scriptural. If you have anything less than 100% wrath, you would have the heretical teaching of Jehovah’s Witnesses and Seventh Day Adventists, where a person ceases to exist once they are tossed in the lake of fire, and that is not biblical.

People try to argue that if God is 100% love, then there is no way He could let someone burn in hell forever. This is making His love contradict His wrath, taking one attribute and comparing it to another one of God’s attributes. People fail to realize that God already showed His 100% love for us by dying and bleeding on the cross and making salvation easy for us (believing by faith).

Yet, most people reject this literal handout (in terms of salvation) and demonstration of God’s 100% love for us. If God were to force anyone to accept Him then He wouldn’t be 100% loving. Instead, He gives us a choice to believe or not. Similar to God’s attributes of perfect love and wrath, God’s omnipotence cannot contradict His holiness. In other words, God can do anything as long as it does not contradict His holiness. If God’s omnipotence contradicted His holiness, He would be a wicked, unbalanced, and perverted God.

When people ask if “God can create a rock He cannot move” they use His omnipotence attribute to attack His immutability (unchanging) attribute. Using the example of someone going to hell, they wonder if God cannot get rid of a person’s sins before they go to hell, so they are spared. The thing about this statement is that they are not taking one of God’s attributes into consideration here, and that is His immutability. See, when God puts His word on something, He cannot change His mind about said thing. So yes, God can do all things, but He cannot go against what He has put in place/established for a purpose. All of His attributes have to go hand in hand not contradict one another. Otherwise, He is a perverted abominable God.

Hebrews 6:18: “That by two immutable things, in which it was impossible for God to lie, we might have a strong consolation, who have fled for refuge to lay hold upon the hope set before us:”

There is something impossible to God; lying. Why? Because it contradicts His attribute of holiness. Immutability in the context of lying is also mentioned, meaning that God cannot change His mind about lying. He can never do it.

Hebrews 11:6: “But without faith it is impossible to please him: for he that cometh to God must believe that he is, and that he is a rewarder of them that diligently seek him.”

We need faith to please God. We cannot come to God without faith.

These two verses in Hebrews prove that there are some things that are impossible with God. Now, we do believe that anything is possible with God, but this same omnipotence cannot attack any other of God’s attributes (immutability and holiness). Otherwise, you would have a perverted abominable God. His attributes are 100%, but they are also balanced.