Can You Be Demon Possessed through Drugs? 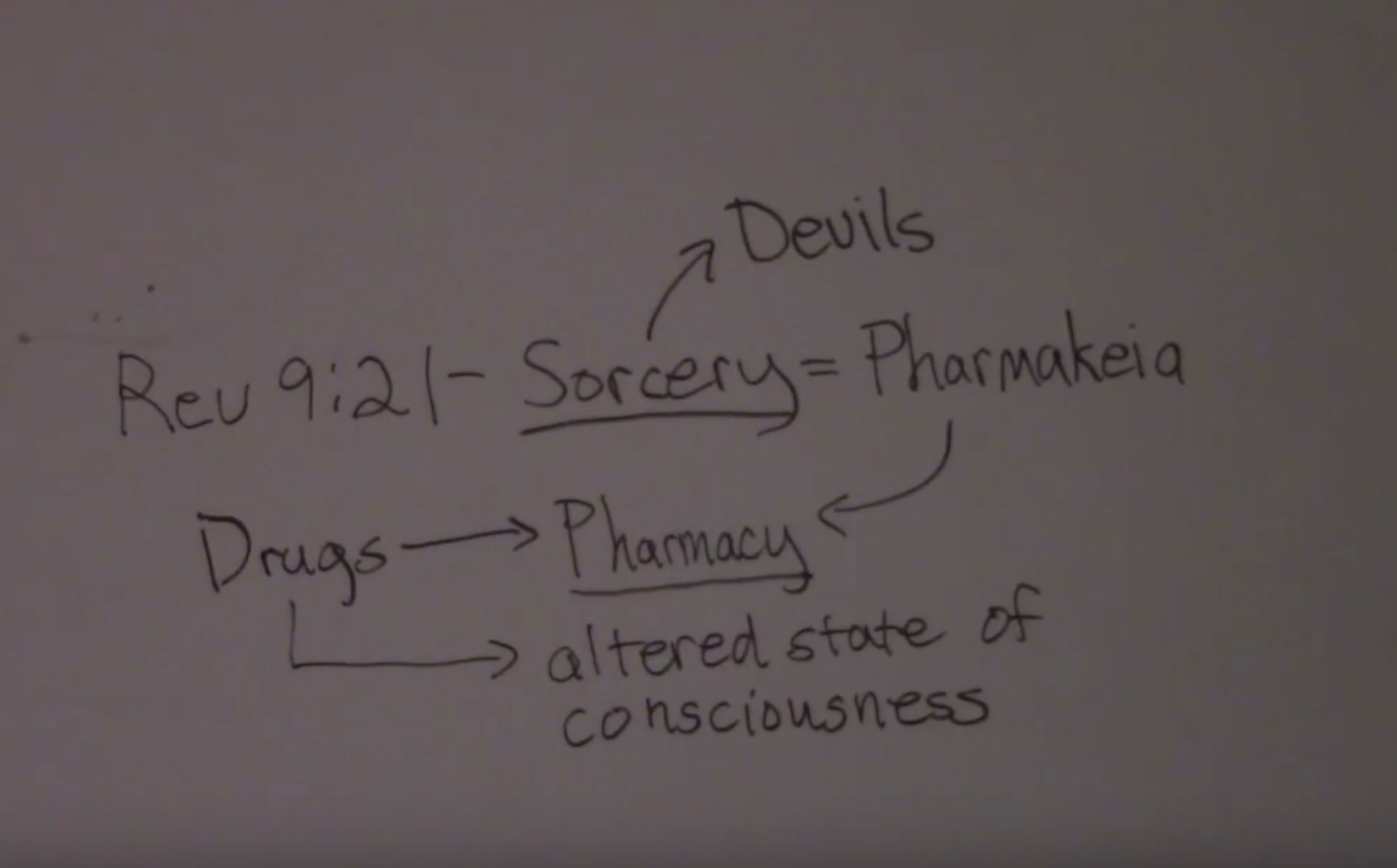 The scripture condemns sorcery. The word sorcery came from the Greek word ‘Pharmakeia,’ where we get the English word pharmacy. In English, we translate it to sorcery, and we know it is connected to spirit, to the devils. On top of that, even Native Americans or Korean Shamans today and sorcerers back then use drugs in their rituals and practices. So drugs are highly associated with demon possession.

That said, it does not mean that if a person takes cough medicine when they are ill, or chemo medication when they are fighting cancer, then they are bound to be demon-possessed. The context is referring to people who abuse or depend heavily on drugs, who have gone to the point of an altered state of consciousness. The mind is what God gives us.

With the mind, that’s where people make choices out of free will. Hence Satan wants to attack our mind and take control over this device that God has given us. One of the methods he will use is through drugs. Satan knows that the only thing preventing us from being manipulated by him is our consciousness and free will.

Matthew 12:43-45 “When the unclean spirit is gone out of a man, he walketh through dry places, seeking rest, and findeth none. Then he saith, I will return into my house from whence I came out; and when he is come, he findeth it empty, swept, and garnished. Then goeth he, and taketh with himself seven other spirits more wicked than himself, and they enter in and dwell there: and the last state of that man is worse than the first. Even so shall it be also unto this wicked generation.”

This supports the fact that drugs can alter our state of consciousness, and when we lose that, our mind becomes more susceptible to demonic attacks and possession.

2 Corinthians 10:5 “Casting down imaginations, and every high thing that exalteth itself against the knowledge of God, and bringing into captivity every thought to the obedience of Christ;”

God tells us to cast out all imaginations that lead us astray. This is why we need to stay away from all the new age doctrines and eliminate any activity like medication that tells us to free or empty our mind. It is against the knowledge and will of God as God wants us to be sober-minded and vigilant.

We see consistent patterns in modern-day shamans or even throughout the ancient history of the days of Israel, on how they conjured up spirits. It all started with the mind and how Satan keeps trying to mess with people’s minds in order to possess them.

1 Peter 5:8 “Be sober, be vigilant; because your adversary the devil, as a roaring lion, walketh about, seeking whom he may devour:”

In opposition, we can see that God despises this mind-emptying state of consciousness. Instead, He wants us to be sober. It aligns with His other commandments, like telling us to stay away from drunkenness. It is important to be sober and vigilant so that we leave no room for the adversary to prey on our minds.