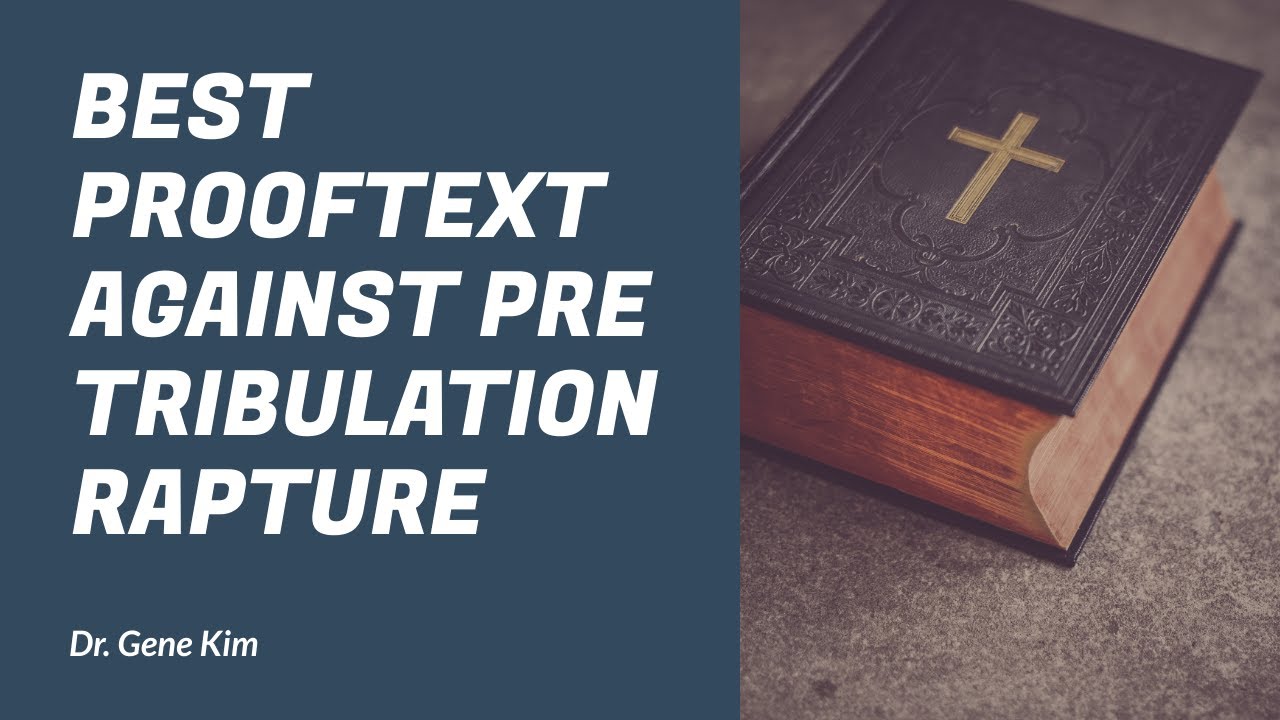 If one wants to prove a post-tribulation rapture for Christians, they’ll have to find a specific verse to talk about Christians going through the tribulation. The problem is, there’s none!

However, there is one verse that often gets used.

2 Thessalonians 2:1: “Now we beseech you, brethren, by the coming of our Lord Jesus Christ, and by our gathering together unto him,”

Notice here that in verse 1, we have the coming of Jesus and the gathering together unto him. Here’s that rapture. Due to the presence of these two things, they automatically assume this to be the rapture.

2 Thessalonian 2:2: “that ye be not soon shaken in mind, or be troubled, neither by spirit, nor by word, nor by letter as from us, as that the day of Christ is at hand.”

So this coming of Jesus is called the day of Christ. These people think that the day of Christ is at hand. This passage seems to show that the rapture cannot happen at any moment. People teach that during the tribulation, the Antichrist has to be revealed, sit at the temple, and be worshipped.

2 Thessalonians 2:3: “Let no man deceive you by any means: for that day shall not come, except there come a falling away first, and that man of sin be revealed, the son of perdition; who opposeth and exalteth himself above all that is called God, or that is worshipped; so that he as God sitteth in the temple of God, shewing himself that he is God.”

It is saying that the day of Christ cannot happen until these things of the Antichrist happen first. This will make most people believe in a post-tribulation rapture of Christians. However, let’s look at other scriptures.

Romans 13:12: “The night is far spent, the day is at hand: let us therefore cast off the works of darkness, and let us put on the armour of light.”

In 2 Thessalonians, it said that the day is not at hand. Yet in Romans 13, it says the day is at hand.

Romans 13:11: “And that, knowing the time, that now it is high time to awake out of sleep: for now is our salvation nearer than when we believed.”

We see here that Paul is trying to wake up the church saying that the day is nearer than we think! How do we reconcile these?

2 Thessalonians 2:1: “Now we beseech you, brethren, by the coming of our Lord Jesus Christ, and by our gathering together unto him,”

Day of Christ isn’t a one day event

Inside the day of Christ and the day of the Lord, many different events happen between them. It’s not just one event. If you want to check these events out, you can look at 2 Peter 3:10 and Revelation 20:9-11 and Revelation 21:21. These say that the day of the Lord happens after the millennium. That seems to be a problem! Are we only going to be raptured after the millennium? According to scripture, a day of the Lord is a thousand years, and a thousand years is one day. Not only this but look at Amos 5:16-20 and 27. This day of the Lord applies to Northern Israel’s destruction back in B.C. times. In Isaiah 13:9 and 17-22, it’s talking about Babylon taking over.

Matthew 24:27: “For as the lightning cometh out of the east, and shineth even unto the west; so shall also the coming of the Son of man be. For wheresoever the carcase is, there will the eagles be gathered together.”

From this, the coming of Christ has to do with a bunch of carcasses and fowls.

Revelation 19:11-12,15: “And I saw heaven opened, and behold a white horse; and he that sat upon him was called Faithful and True, and in righteousness he doth judge and make war. His eyes were as a flame of fire, and on his head were many crowns; and he had a name written, that no man knew, but he himself. And out of his mouth goeth a sharp sword, that with it he should smite the nations: and he shall rule them with a rod of iron: and he treadeth the winepress of the fierceness and wrath of Almighty God.”

These are not comforting events!

Carcasses and fowl gather together at the coming of the Son of man. Now that makes sense why the people of 2 Thessalonians would be afraid of this day. There seem to be people who are afraid of this day of wrath. Paul is telling them that this day of Christ of the coming of Christ cannot happen until the Antichrist is revealed and the falling away takes place. Then Revelation 19 will take place. Yet the rapture comforts.

Revelation 19:14: “And the armies which were in heaven followed him upon white horses, clothed in fine linen, white and clean.”

That’s the church. We’ve already been raptured before this event. Therefore, these two events cannot be the same. We should not be in fear of the rapture, but it should be a day of comfort for us.