Christians Do Not Go Through The Tribulation (2 Thessalonians 2) 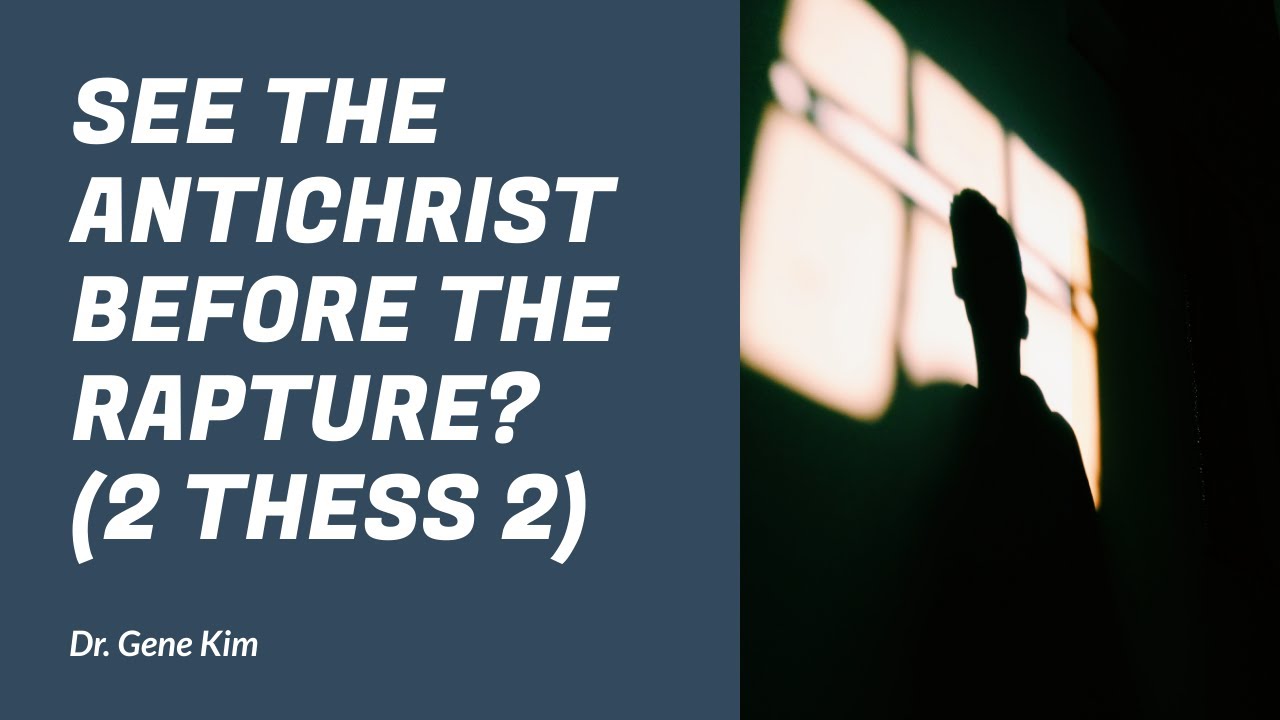 Now, we have a rapture for the church. But, then, for the people who go through the tribulation, they have a post-tribulation rapture. You can see this in passages like Matthew 24 or Revelation 7.

Now let’s address the passage at hand. The only verse you can use as evidence for the church going through some tribulation is 2 Thessalonians 2. The problem with this is that verse 2 talks about the day of Christ. If one keeps reading, they’re not going to see the day of Christ until the Antichrist is revealed. The key to this passage is in the day of Christ.

This day of Christ cannot happen before two events: falling away and revealing the Antichrist. What is the day of Christ? It is the coming of our Lord Jesus Christ and the gathering together, the rapture.

So, both the falling away and the Antichrist must be revealed before the coming of Christ and the gathering together may take place. Paul is not focusing on rapture here, but simply the day of Christ. The focus of this in the Bible is always the apocalypse.

Christians should not be fearful of the rapture happening. They should be comforted according to 1 Thessalonians 5:18. So why would Paul say that the rapture should be a day of comfort there and then imply that it is a day of terror and fear? Verse 1 in 2 Thessalonians 2 discusses two apocalyptic events, not just the rapture. It also includes the coming of the Son of man and the judgment in wrath. This is what Paul is warning about, not the rapture.

2 Thessalonians 2:1-4: “Now we beseech you, brethren, by the coming of our Lord Jesus Christ, and by our gathering together unto him, That ye be not soon shaken in mind, or be troubled, neither by spirit, nor by word, nor by letter as from us, as that the day of Christ is at hand. Let no man deceive you by any means: for that day shall not come, except there come a falling away first, and that man of sin be revealed, the son of perdition; Who opposeth and exalteth himself above all that is called God, or that is worshipped; so that he as God sitteth in the temple of God, shewing himself that he is God.“

2 Thessalonians 2:5-6: “Remember ye not, that, when I was yet with you, I told you these things? And now ye know what withholdeth that he might be revealed in his time.”

Paul is telling them what is happening at the tribulation. Which group of people is this applied to?

2 Thessalonians 2:12-13: “That they all might be damned who believed not the truth, but had pleasure in unrighteousness. But we are bound to give thanks alway to God for you, brethren beloved of the Lord, because God hath from the beginning chosen you to salvation through sanctification of the Spirit and belief of the truth:”

2 Thessalonians 2:17 confirms this, that the rapture should comfort our hearts. Paul contrasts the church with the other people who go through the tribulation. He makes a clear distinction here. Thus, we can conclude that this passage does not mean that the church is in tribulation, but rather that the church should take comfort in the day of rapture.

ZERO PROOF of Christians in the Tribulation

However, when you look at the church and tribulation, it’s never mentioned to prepare for the tribulation. It talks rather about the rapture and how to live in this church age before the tribulation. The only proof text that you can use is 2 Thessalonians 2. However, even in this passage, Paul directed the tribulation to a different group of people than those he was speaking to. He then contrasted it starting in verse 13 by saying “but we”. He said we are called to glory and to be in comfort. He’s talking about the rapture of the church.

There is simply nothing about tribulation that is about the Christian church. Not only that, but if you look at Revelation 1-3, it is all addressed to the church. Then when you look at chapters 4 and 5, we’re up in heaven. Then from chapter 6 onward to the end of the tribulation, the church isn’t even mentioned. In all of this, however, the Jews are mentioned in chapter 7. So going through the tribulation is going to be applied to the nation of Israel, not the church.