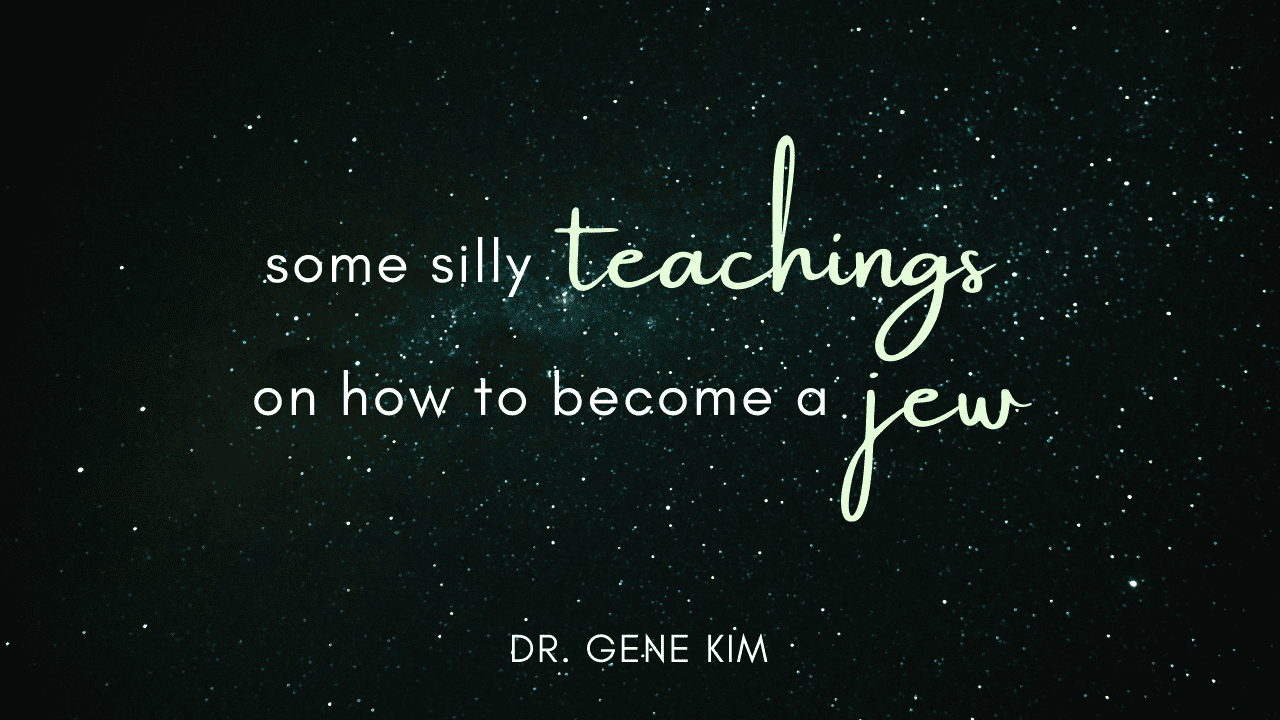 Replacement theology or supersessionism is a heresy. It’s the belief that the church has replaced Israel as God’s elect. A fundamental doctrine of dispensationalism is that there is a clear distinction between Israel and the church.

Romans 2:28-29 is a prooftext and people who advocate for replacement theology.

This verse may make it sound like the church has replaced Israel until we make one obvious understanding clear: there is a difference between physical Jews and spiritual Jews! Judaism is a heretical faith in light of Christianity. But the physical Jews, the descendants of Abraham to whom God has made His promise, are still God’s chosen people and will be restored at a future time as the Bible tells us plainly.

Romans 3:12: “What advantage then hath the Jew? or what profit is there of circumcision? Much every way: chiefly, because that unto them were committed the oracles of God.”

This context is about PHYSICAL Jews! And Paul is not saying that they are cut off, but that rather they have the advantage because of their status as God’s elect!

There are many instances throughout the Gospels where Jesus makes that clear distinctions between physical and spiritual Jews. Many people will use Jesus’ words in John 8 to attack the Jews position as God’s elect. But Jesus Himself never denies their place as Abraham’s children. In fact, He enforces it! What Jesus condemns here are the spiritual Jews. He is condemning the work of the Pharisees and other religious elite.

The Bible clearly tells us that in a future time, Israel will be saved just as God promised:

Romans 11:25-26: “For I would not, brethren, that ye should be ignorant of this mystery, lest ye should be wise in your own conceits; that blindness in part is happened to Israel, until the fulness of the Gentiles be come in. And so all Israel shall be saved: as it is written, There shall come out of Sion the Deliverer, and shall turn away ungodliness from Jacob.”

Numbers 24:2,5,7: “And Balaam lifted up his eyes, and he saw Israel abiding in his tents according to their tribes; and the spirit of God came upon him. How goodly are thy tents, O Jacob, and thy tabernacles, O Israel! He shall pour the water out of his buckets, and his seed shall be in many waters, and his king shall be higher than Agag, and his kingdom shall be exalted.”

Calvinists will teach this heresy about replacement theology, that the church has taken the place of Jews. The context in all these verses (especially the highlighted ones) points to PHYSICAL Jews! It is a physical seed, not a spiritual seed as the context in the rest of the passage above is physical.

The church is a spiritual seed, a spiritual nation. The Jews are a physical seed and physical nation. This is a key difference that we must embrace. The following is the Calvinists’ proof text that the ethnicity of Jews is obtained by following conditions.

Esther 8:17: “And in every province, and in every city, whithersoever the king’s commandment and his decree came, the Jews had joy and gladness, a feast and a good day. And many of the people of the land became Jews; for the fear of the Jews fell upon them.”

Opponents to dispensationalism will argue that being a Jew is all about the conditions of following God in obedience. Because the church followed the conditions, that’s why they are now the real Jews.

Calvinists are also going to use the following verses to argue that Jews have broken the covenant with God, therefore, they are no longer Jews.

It is true that God has considered people who have followed conditions to be Jew. But they would then need to follow physical conditions to get physical salvation. In other words, they would be saved through works, not grace.

Does the church follow the commandments from the Old Testament? No, they do not.

Exodus 12:15: “Seven days shall ye eat unleavened bread; even the first day ye shall put away leaven out of your houses: for whosoever eateth leavened bread from the first day until the seventh day, that soul shall be cut off from Israel.”

The above passage shows that a Jew has to observe meals in the Old Testament. The Jews rejected the spiritual conditions.

There is still the physical nation of the Jews but they rejected the spiritual conditions. In the tribulation, God will restore the nation and the physical observances they are to hold to.

Esther 2:5: “Now in Shushan the palace there was a certain Jew, whose name was Mordecai, the son of Jair, the son of Shimei, the son of Kish, a Benjamite;”

If the Calvinists use their proof text (Esther 8:17), they have to be very dishonest. Mordecai as well as Esther clearly have a physical Jewish lineage.

Calvinists use the above verse 28 to say that the Jew is not physical, but it’s spiritual. But the next passage in Romans 3 shows that Paul recognizes the physical nature of Jews.

Romans 3:1-2: “What advantage then hath the Jew? or what profit is there of circumcision? Much every way: chiefly, because that unto them were committed the oracles of God.”

The following verses prove the above: