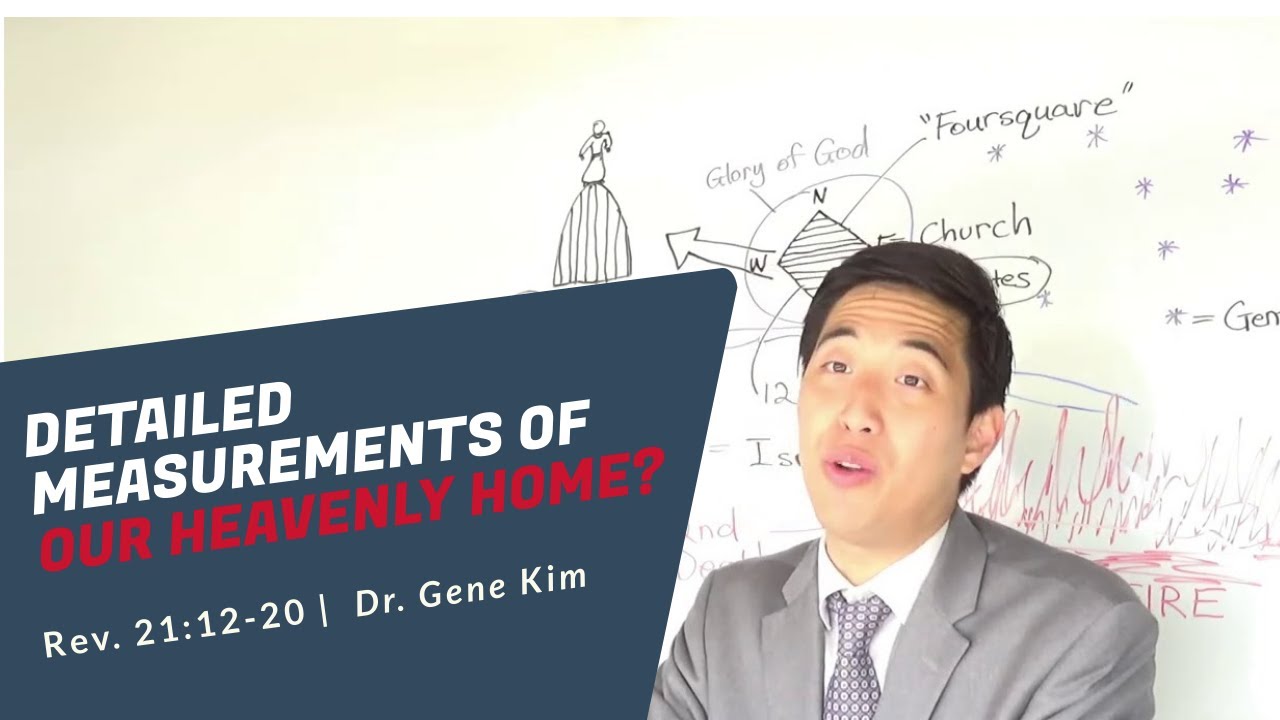 Revelation 21:12 And had a wall great and high, and had twelve gates, and at the gates twelve angels, and names written thereon, which are the names of the twelve tribes of the children of Israel:

‘had a wall great and high‘

These are twelve literal gates with the names of the twelve tribes of the children of Israel. Each gate is guarded by an angel. We see Catholic Churches today trying to imitate the word of God, in which there will be angel statues placed on their gates.

Self-explanatory. North, south, east, and west will each have three gates.

‘And the wall of the city had twelve foundations, and in them the names of the twelve apostles of the Lamb.‘

Each of the foundations will consist of one name from Jesus’ twelve apostles.

In Revelation 4 and 5 we identified the twenty-four elders could be representative of:

Revelation 21:15-16 And he that talked with me had a golden reed to measure the city, and the gates thereof, and the wall thereof. And the city lieth foursquare, and the length is as large as the breadth: and he measured the city with the reed, twelve thousand furlongs. The length and the breadth and the height of it are equal.

The angel that talks to John has a golden reed (a measuring stick) as a tool of measurement to measure the city.

‘and the gates thereof, and the wall thereof.‘

They measure the gates and wall as well.

‘And the city lieth foursquare‘

One thing that can potentially support this is that our universe is also shaped in a pyramid form. The reason is that all the creation in the universe is the imprint of the Holy Trinity; God the Father, The Son, and The Holy Ghost which form a triangular pattern.

Secondly, the Illuminati will always associate their work with the pyramid with the back of the dollar bill.

Thirdly, the sons of God always build pyramid-like forms and structure as well, for example, the US dollar bill and the Egyptian pyramids.

Back to Revelation 21:16, there are eight furlongs to a mile, that’s how the measurement goes. So by converting twelve thousand furlongs, we know that the city of New Jerusalem is going to be about 1,500 miles long. The length, width, and height are all equal. That can also be a supporting notion to the pyramid. That is massive!

Some people may try to debunk by questioning its capacity and ability to fit all saved believers. That’s because people look at width and length, but not at height.

Let’s break it down, it’s 40,144,896,000 square feet. Which you could easily put all six billion people on earth today in that area itself and provide each individual an acre of land with a ranch-style house a yard, a garden, and a pond. However if were to also take the height of the new city into account, then you will get a total volume of 500 quintillion cubit feet in the city. A quintillion is with eighteen zeros behind it.

It means God could literally build a lot of mansions there.

Revelation 21:17 And he measured the wall thereof, an hundred and forty and four cubits, according to the measure of a man, that is, of the angel.

‘an hundred and forty and four cubits’

‘according to the measure of a man, that is, of the angel.‘

Revelation 21:18-19 And the building of the wall of it was of jasper: and the city was pure gold, like unto clear glass. And the foundations of the wall of the city were garnished with all manner of precious stones. The first foundation was jasper; the second, sapphire; the third, a chalcedony; the fourth, an emerald; The fifth, sardonyx; the sixth, sardius; the seventh, chrysolite; the eighth, beryl; the ninth, a topaz; the tenth, a chrysoprasus; the eleventh, a jacinth; the twelfth, an amethyst.

‘the city was pure gold, like unto clear glass.‘

The foundations were decorated with precious stones.

When we look at the book of Leviticus, they also name twelve stones at the breastplate. Is there a connection with the twelve apostles?

Matthew 19: 28 And Jesus said unto them, Verily I say unto you, That ye which have followed me, in the regeneration when the Son of man shall sit in the throne of his glory, ye also shall sit upon twelve thrones, judging the twelve tribes of Israel.

These apostles are connected to the twelve tribes of Israel above.

Dr. Peter Ruckman put forward an interesting comparison and connection between the precious stones of the foundations with the twelve tribes of Israel.

‘The first foundation was jasper; the second, sapphire; the third, a chalcedony; the fourth, an emerald; The fifth, sardonyx; the sixth, sardius; the seventh, chrysolite; the eighth, beryl; the ninth, a topaz; the tenth, a chrysoprasus; the eleventh, a jacinth; the twelfth, an amethyst.’

2. Sapphire—A blue stone which symbolizes Simeon. It is a pebble in Ceylon, and found en masse in North Carolina, Persia, and Wales.

3. Sardonyx—A red and white stone which symbolizes Dan. It is often called the “onyx” stone.

4. Chalcedony—A white translucent stone which symbolizes Levi. (It is also sometimes called the “onyx” stone, and is found in Iceland and the New Hebrides Islands.)

5. Topaz—A light yellow‑orange stone which symbolizes Issachar. It is found on an island in the Red Sea.

6. Chrysolite—A gold stone that symbolizes Gad. (It is so brilliant that one found in the fourteenth century shone through cloth.)

This would be Pastor’s best guess of how Dr. Peter Ruckman put them together. If we were to look at Jacob’s prophecy of each tribe in the book of Genesis, those descriptions may match each mineral stone. The historical account and origin of each stone and might match with the prophecy of how Jacob ordained each of his sons.