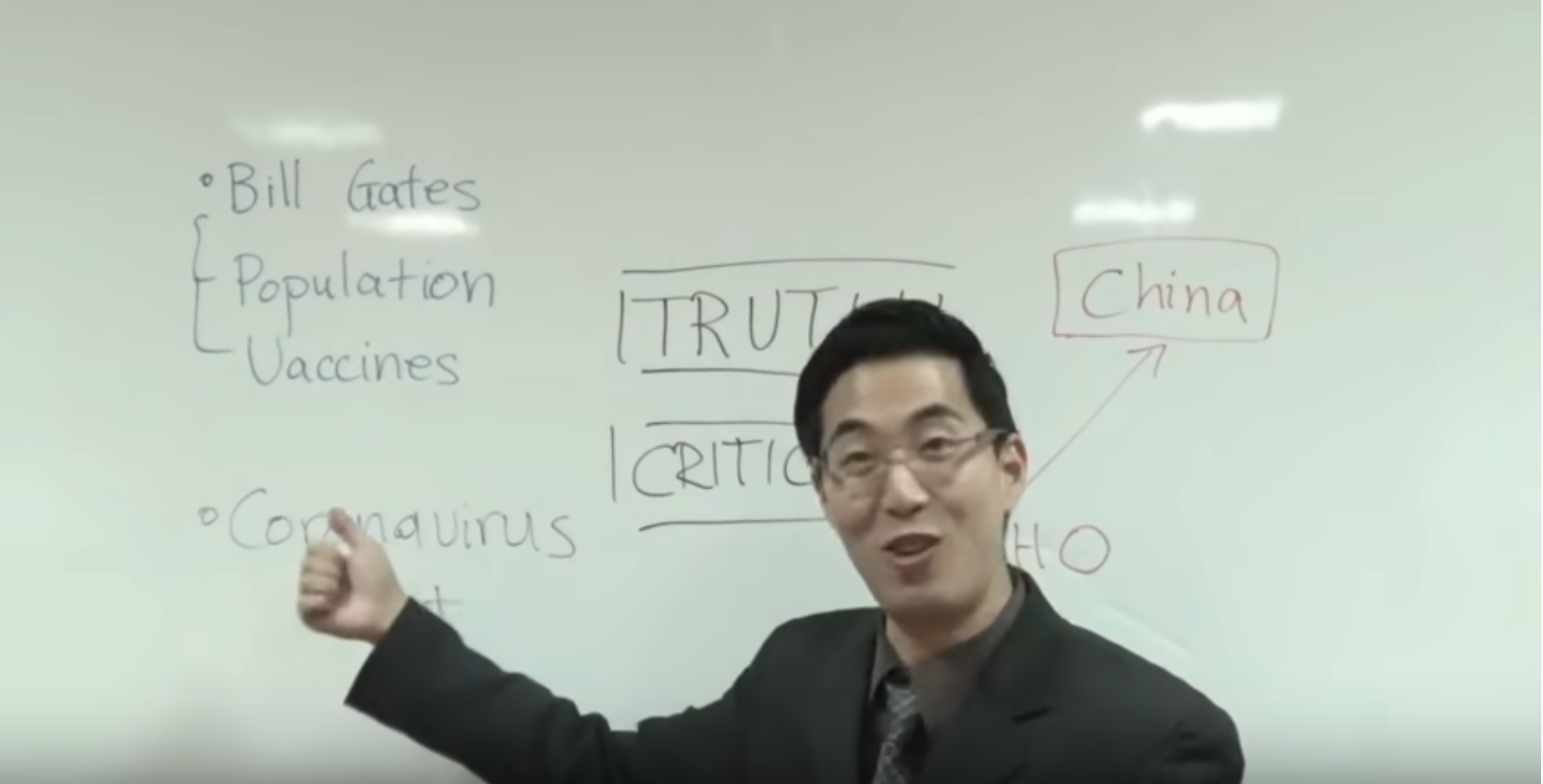 During the Coronavirus outbreak, many conspiracy theories have emerged to make sense of certain events. It is important that we be critical of what content we view because some people can use this to take advantage of us. It is also important to be cautious of mainstream media sources. Regardless of which media source we are viewing, we should make sure that our final authority is always the Bible.

Bill Gates has spent many years focusing on population control. As a result, he recommends vaccines to retain the current human population. Some conspiracy theorists feel Gates may have something to do with the current pandemic.

Currently, Johns Hopkins University is researching the Coronavirus in order to find a cure. Previously the university has researched high-level pandemic outbreaks, notably with a scenario called Event 201. According to their website, during an 18-month timespan, the world experienced 65 million virus-related deaths until either a vaccine was manufactured or most people have been exposed to the virus. Bill Gates has been teaming up with Johns Hopkins in order to patent the future coronavirus vaccine. In 2015 the Pirbright Institute filed a patent for a coronavirus strain, and it was funded by the Bill and Melinda Gates Foundation. Other research institutes and laboratories performing experiments and trial runs have been funded by Bill Gates as well.

Recently a Netflix documentary about Bill Gates was published, and it showed him in the process of aiding the Coronavirus research. This may make Bill Gates appear as a “savior” following the pandemic.

It is important to seek the broader context when examining conspiracy theories. According to Bill Gates’ official website, he states vaccines can save lives by reducing the total death rate including instances of infant mortality. If more poor people can have access to vaccines, they are less likely to contract certain diseases. He states if fewer children are dying from these diseases, poor families do not need to have as many children, thus reducing the population. Although this information does not necessarily debunk the aforementioned conspiracy theories, it must be taken into account as well.

Some conspiracy theorists are suspicious that the current pandemic may be more severe than the Chinese government is stating.

Hong Kong University estimated that there could be 43,000 Coronavirus patients in Wuhan. Leung also estimated using mathematical models that the number of symptomatic Wuhan patients, 25,630, could double in 6.2 days. However, the Chinese government authorities have only confirmed 2,800 total cases and 82 deaths.

There are reports of a spy team at the Canadian Broadcasting Corporation involved in researching infectious pathogens such as the Coronavirus. Conspiracy theorists wonder if this may be related to the Wuhan Institute of Virology, a research facility nearby to the initial Coronavirus outbreak.

A video was released of a woman claiming to be a nurse as she went through Wuhan’s hospitals. She claimed to see dead bodies lying on the floor and multiple patients crammed into the hallways. The video was eventually taken down, and critics expressed doubts about the truth of her medical credentials.

During the pandemic, popular social media sites such as Facebook have been trying to decrease the spreading of conspiratorial information. Some accounts, including Bible-believing pastors, have been shut down due to this. The government says the suppression of conspiracies will prevent society from fear and chaos.

A CBS panel analyst was recently explaining that the amount of information given to the public in one sitting must be restricted in order to avoid panic. When asked how this information is sourced, the analyst stated that the World Health Organization’s facts are compared with the Chinese government. Conspiracy theorists question whether the Chinese government’s data can be trusted, as it is so different from the scientific estimations.

With all of the different sources, whether mainstream or conspiratorial, we must always remember to take it all with a grain of salt and consult the scriptures as our only authority.

Revelation 6 has to do with a worldwide pestilence. However, we must remember that the current Coronavirus pandemic is not the pestilence, but a precursor of the widespread disease to come during the Tribulation.

Revelation 6: 8 “And I looked, and behold a pale horse: and his name that sat on him was Death, and Hell followed with him. And power was given unto them over the fourth part of the earth, to kill with sword, and with hunger, and with death, and with the beasts of the earth.”

In verse 8, death is spreading around the world, causing ¼ of the world’s population to die. This is known as “pestilence” and is referred to in Matthew 24 as a disease or virus.

In verse 5 of Matthew 24, the antichrist, or the first horseman, is revealed. In verses 6-7, the second horseman, or wars, is mentioned. At the end of the seventh verse, the third horseman, or famines, is revealed. The fourth horseman is death, and it is followed by “famines, and pestilences, and earthquakes, in divers places.” We can see that the current Coronavirus is smaller in comparison to the pestilence referred to in the Tribulation.

Without consulting scripture, our minds are inundated by multiple sources having access to these current events: both mainstream and conspiratorial. It is easy to fall down a “rabbit hole” as you continue looking through sources in an effort to seek the truth. As a result, you may inadvertently lose time for Bible reading, prayer, and soul-winning.

Isaiah 28 describes a group of people during the Tribulation that will make a covenant with death so its effects will pass over them:

Isaiah 28: 18 “And your covenant with death shall be disannulled, and your agreement with hell shall not stand; when the overflowing scourge shall pass through, then ye shall be trodden down by it.”

In this passage, the Jews make a covenant with the antichrist as well as death, the 4th horseman. However, God says that they will be affected by death despite the covenant. If you study conspiracy theories, you will find information about a group of Jews part of the elite globalists, such as the Rothschilds.