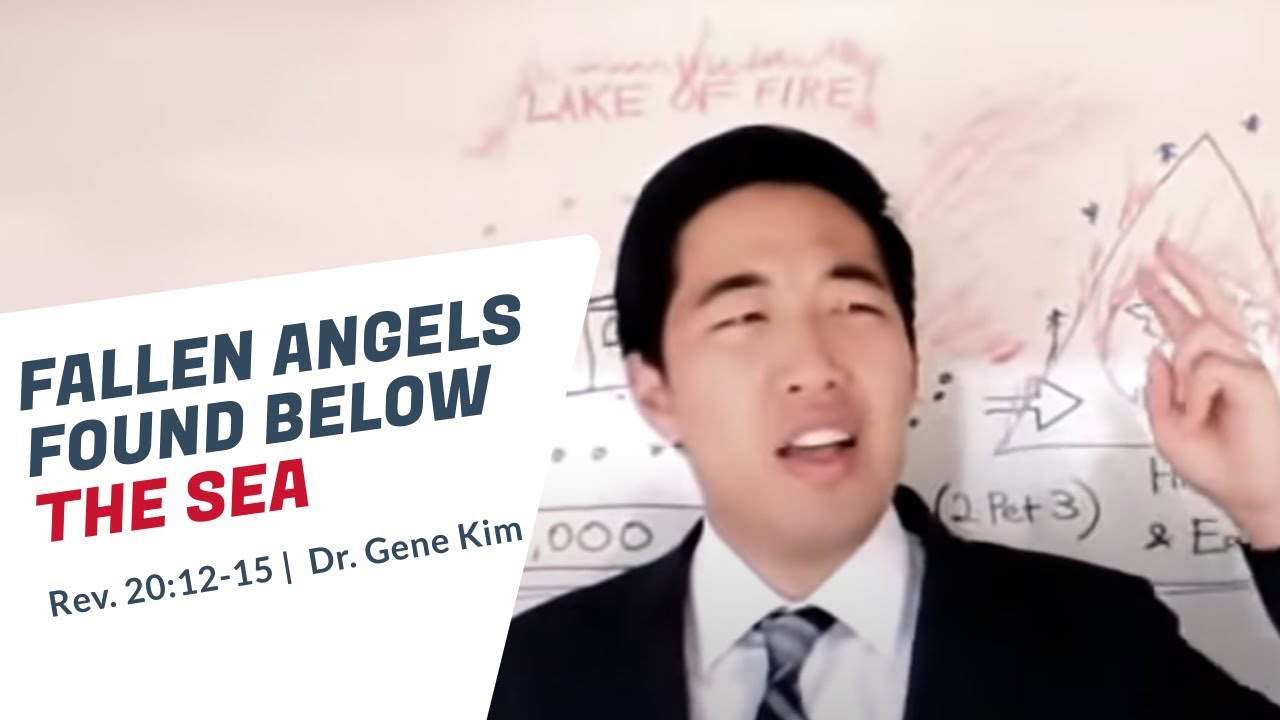 The saved people are not judged together with the Millennium saints, Old Testament saints, and tribulation saints. Instead, they will be the jury. What an honor!

1 Corinthians 6:2-3 Do ye not know that the saints shall judge the world? and if the world shall be judged by you, are ye unworthy to judge the smallest matters? Know ye not that we shall judge angels? how much more things that pertain to this life?

Satan will be the accuser and God is the judge.

“And the sea gave up the dead” – this also refers to the angels and people that died during the great flood that God sent.

What is the closest part to hell? It makes sense that the sea is connected to hell. The lowest elevation on the earth is called the “Dead Sea”. The lower you go, the closer you get to hell. Let’s look at verses that connect the sea to hell.

Jonah 2:2-3 And said, I cried by reason of mine affliction unto the Lord, and he heard me; out of the belly of hell cried I, and thou heardest my voice. For thou hadst cast me into the deep, in the midst of the seas; and the floods compassed me about: all thy billows and thy waves passed over me.

“out of the belly of hell cried I” which meant that Jonah said that he was in hell when he was in the fish’s belly.

“For thou hadst cast me into the deep, in the midst of the seas” – Jonah went to the “seas”.

Jonah 2: 5-6 The waters compassed me about, even to the soul: the depth closed me round about, the weeds were wrapped about my head. I went down to the bottoms of the mountains; the earth with her bars was about me for ever: yet hast thou brought up my life from corruption, O Lord my God.

He was getting deeper and deeper and he started to talk about his soul, he crossed from physical to soul while he was in the fish’s belly. He is in the center of the earth and was surrounded by the bars of the earth.

Jesus said that he would also be three days and three nights in the heart of the earth (hell), just like Jonah.

Revelation 20: 14 And death and hell were cast into the lake of fire. This is the second death.

The Jehovah Witnesses and Seventh-day Adventists think that hell is separate from the lake of fire. But they are one and the same. Whether you call hell Hades or something else, it still has fire.

The first death is the death of the body.

The second death is the death of the soul. There is no annihilation. The lake fire is forever; a soul would be burning forever.

1 Corinthians 15:26 The last enemy that shall be destroyed is death.

Death, the grim reaper is powerful but God said He will destroy the last enemy which is death

In summary, the people who will be judged at the Great White Throne judgment include Old testament saints, tribulation saints, and millennium saints. This is going to be through a works system.

The church is not going through the Great White Throne judgment because our names have been written on the book of life which cannot be undone. We have been sealed to the day of redemption.

The unbelievers who do not believe in God will be judged and cast into the lake of fire. The 66 books of the Bible will judge them according to all that they have done.