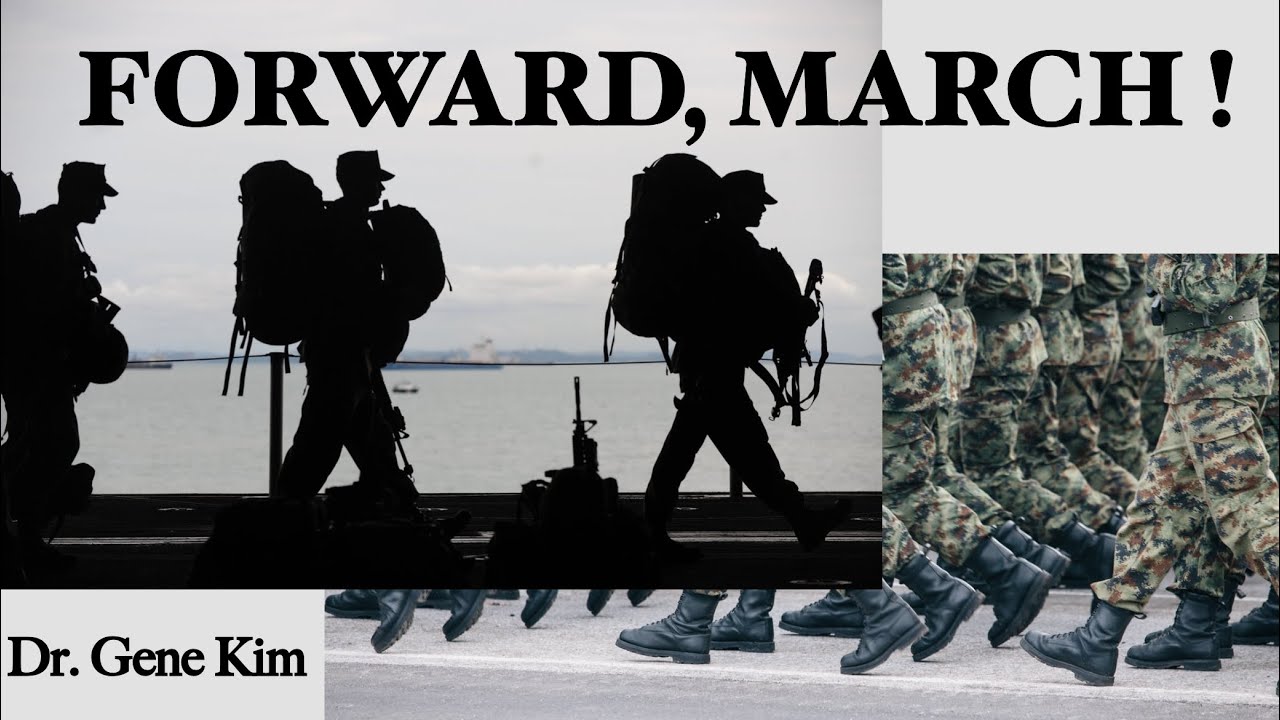 The takeaway of this passage is that no matter how unnecessary we might think each name is, God still sees each name as important, and He sees each individual as essential in His eyes.

For those of us who experience failure after failure, endless suffering, or continuously yielding into the same sin, and are on the verge of giving up, know that God will never give up on us.

The Precept of God

Numbers 10:13: “And they first took their journey according to the commandment of the Lord by the hand of Moses.”

It was a command from God towards them to march forward. It was God’s precept for the Israelites. Hence they did not stop or stray away from the straight path and precept.

Galatians 6:9: “And let us not be weary in well doing: for in due season we shall reap, if we faint not.”

We reap what we sow. Keep sowing because God promises us with fruits that we sow. Sometimes, it’s just the matter of abiding by God’s timing, and not overthrowing His commandment because we don’t see the results yet.

Proverbs 24:16: “For a just man falleth seven times, and riseth up again: but the wicked shall fall into mischief.”

This verse backs up the previous one to encourage us that we should not give up easily. Despite feeling tired and exhilarated, we still have the choice to continue to push forward, to continue to serve the Lord. This is precisely how we can overcome our problems and afflictions. No doubt God will put tests in our lives, but doesn’t He also command us to march forward, to get back up when we fall? To do it otherwise is considered as going against the will of God.

The Property of God

We see that the children of Israel are carrying God’s property which is the sanctuary and the things that make up the tabernacle. This somehow compelled them to move forward because they are entrusted with heavenly and precious properties.

This applies to us too. 2 Corinthians 5 says that we are considered the property of God. Our body is the temple of the Holy Ghost; it is not ours.

Philippians 1:6: “Being confident of this very thing, that he which hath begun a good work in you will perform it until the day of Jesus Christ:”

The Bible clearly says that God has to work on us till the very end as His property. It is a privilege that God considers us as His vessel, that through Him, great works can be done for His glory. This also states that despite how broken or wretched we are, we should trust God that He will fix us and our problems.

Hebrews 12:2: “Looking unto Jesus the author and finisher of our faith; who for the joy that was set before him endured the cross, despising the shame, and is set down at the right hand of the throne of God.”

One of the reasons we find it difficult to march forward sometimes is because we concentrate on the wrong things. Hebrews 12 tells us to focus on Jesus, not on our afflictions or discouragement. We are not the devil’s property. We are the property of Jesus Christ; through Him, we can overpower all sin.

The People of God

Not only do the children of Israel have to march forward for the sake of God, but also for the people’s sake. As their marching goes by order and rank, any misstep from one tribe or group of people can ruin it all for the rest and put their safety in jeopardy.

The same goes for us. Our walk with God sometimes may extend to those around us, our family members, or even members at Church.

The most successful people in the world share one common key to their success: the existence of problems in their lives and how they overcome their problems.

People like Albert Einstein, Plato, Cicero, Noah Webster, Milton Rose, Gibbons, and Bryant have attempted countless times in their lives before they could complete their masterpiece or work that is considered novel and noble. These examples may be secular. Nonetheless, their relentless determination shows that despite their multiple failures, they could rise back up again. What more excuse do we have, given that we have the protection of God?

We fail just like them, but at least we have God promising us that He will work out everything for His glory. We should be doing far more than the lost people.

The Posterior of God

Notice that the children of Dan are at the bottom of the ranking, the posterior, but they keep marching forward anyway because this is just part of God’s design and purpose.

Matthew 21:28-31: “But what think ye? A certain man had two sons; and he came to the first, and said, Son, go work to day in my vineyard. He answered and said, I will not: but afterward he repented, and went. And he came to the second, and said likewise. And he answered and said, I go, sir: and went not. Whether of them twain did the will of his father? They say unto him, The first. Jesus saith unto them, Verily I say unto you, That the publicans and the harlots go into the kingdom of God before you.”

This example encourages us that sometimes the posterior are the ones that achieve more for the Lord. The rationale is because people who are righteous most of the time may not be able to handle failure, but those who mess up most of the time are used to getting into repentance and come back stronger. Besides, we can also see afflictions as rewards, because God uses them to humble us.

2 Chronicles 33:12: “And when he was in affliction, he besought the Lord his God, and humbled himself greatly before the God of his fathers,”

Not only so, through the afflictions, but we can also strengthen our testimonies and become great witnesses to those who share the same problems as us. If our lives are trouble-free, we will never be able to develop empathy towards those around us.

Psalm 119:71: “It is good for me that I have been afflicted; that I might learn thy statutes.”

We see from Wesley’s testimony how many times he was persecuted for ministering to people at different places. Still, without those trials, he would not accomplish the great things that come with the trials. He continued to march forward. That was how he accomplished those successes.