I’M DONE. What If Your Pastor Is No Longer in the Ministry? 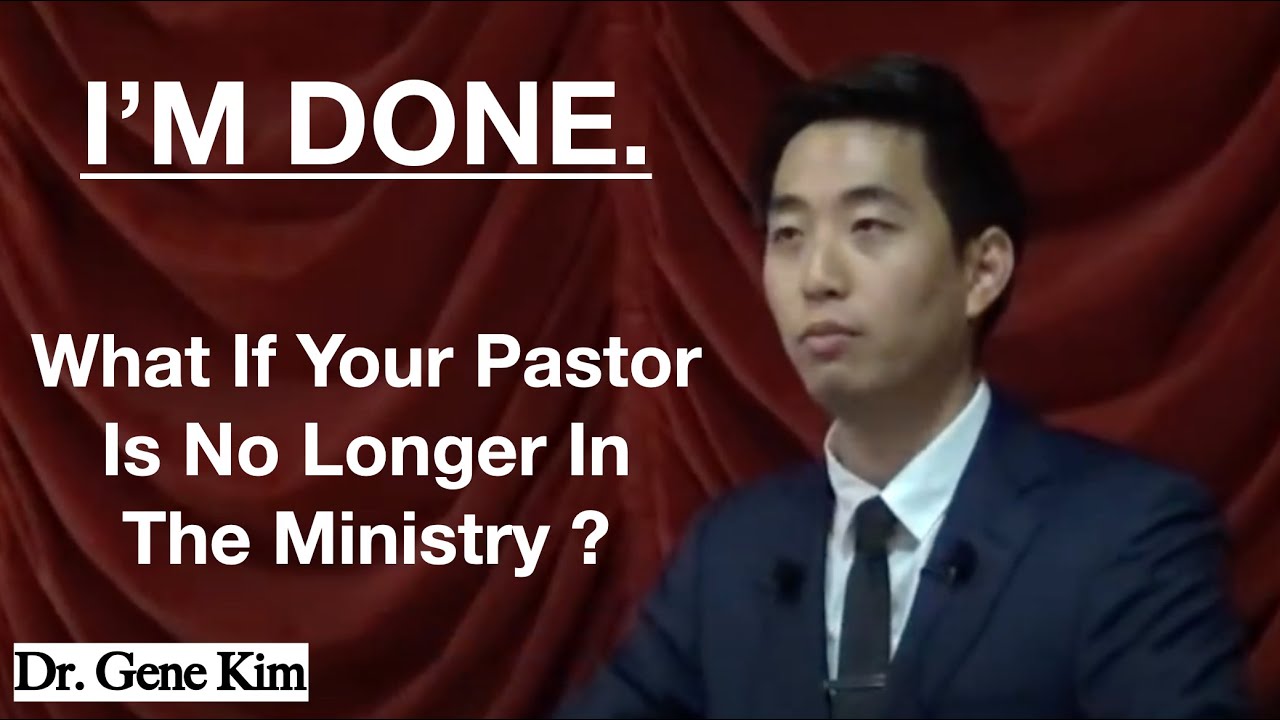 We know that Satan’s attack binds us in this time and age as we are approaching the tribulation, even with more vigor because he is doing everything he can to stop us from spreading the truth. Apart from using the authority to prohibit or subdue real Bible-believing churches to operate, Satan even tries to turn church members against one another. Christian warfare is real and is becoming more overwhelming. Staying encouraged by living the word of God is the only way we can overcome our battle with the devil.

In 2 Samuel 21: 15-22, we see from the passage that David and his servants are referring to us, the members of the church. We see that ‘David waxed faint‘, he tries to continue to keep pastoring his church so to speak, and press on because of the relentless battle he had to persevere, the new enemies he had to overcome, and the new lands he had to conquer. It was not until a new giant enemy finally struck down David, the leader of the tribe. Nonetheless, that did not stop the church, the servants and followers stepped forward and conquered the enemy on behalf of David.

We can do that for our church too, by not constantly relying on our pastor to single-handedly carry the ministry on his back. Instead, we should all play our part as we are all the spiritual priests of our Heavenly Father and share similar responsibility to minister unto others.

What if Pastor removes himself from the church, or can no longer take up the duties and responsibilities? Continue to press on, and to serve the Lord with all our might and power.

We should not solely rely on Pastor to be the pillar of our spiritual walk, but on our Lord Jesus Christ instead.

2 Samuel 21:15-16: “Moreover the Philistines had yet war again with Israel; and David went down, and his servants with him, and fought against the Philistines: and David waxed faint. [And Ishbi-benob, which was of the sons of the giant, the weight of whose spear weighed three hundred shekels of brass in weight, he being girded with a new sword, thought to have slain David.”

In verse 16, we see that it is not the same old giant Goliath, but a new enemy instead named Ishbi-benob, which uses a new sword to conquer David, not the same old sword which another giant uses.

We are so used to seeing how God uses a Bible believer to win a victory, give a testimony, and get soul saved. Nevertheless, God will allow Satan to unleash a new bigger enemy to hinder his/her progress, obstruct his/her work as a believer, and put his/her willpower to the test. This can even happen to spiritual leaders and Pastors, as God wants to see how the members will react to the removal of Pastors from Churches.

This is why all of us need to join in the battle to help out one another at church. Verse 16 also reminds us not to be discouraged because Satan ‘thought to have slain David’ but did not end up destroying him.

2 Samuel 21:17: “But Abishai the son of Zeruiah succoured him, and smote the Philistine, and killed him. Then the men of David sware unto him, saying, Thou shalt go no more out with us to battle, that thou quench not the light of Israel.”

Abishai shows us that we are capable of looking after our leader, as it is important to switch roles and take on the giants, to lift off the weights of our leaders at times. Verse 17 teaches us to be great helping hands for the church.

Even some of the most eminent characters in the Bible like the apostle Paul, and Moses needed help from their people too. The Bible is very consistent about its message of lending a helping hand to one another in order to stand against the devil.

It should be a healthy community of supporting one another, so that the Pastor can delegate some important tasks to the members, and have time to rejuvenate before coming back to fight bigger battles and enemies.

2 Samuel 21:18 :”And it came to pass after this, that there was again a battle with the Philistines at Gob: then Sibbechai the Hushathite slew Saph, which was of the sons of the giant.”

Until the soldiers of Israel told David to take a break, Sibbechai was able to contribute his part to slaying the giant. Sibbechai makes a conscious choice out of His free will, so should we. Therefore, we should always plead God to use us mightily, to surrender ourselves to Him so that we can accumulate our wealth in His Kingdom.

We should not be afraid to take up bigger roles for the Lord, as God knows all our weaknesses and limitations. He will not give us more than what we can bear.

God promises us with all the rewards such as gold, silver, precious stones, and crowns, and He is beyond gracious to want to help us to gain those prizes. We should lay our trust and faith completely in Him.

2 Samuel 21:19-20: “And there was again a battle in Gob with the Philistines, where Elhanan the son of Jaare-oregim, a Beth-lehemite, slew the brother of Goliath the Gittite, the staff of whose spear was like a weaver’s beam. And there was yet a battle in Gath, where was a man of great stature, that had on every hand six fingers, and on every foot six toes, four and twenty in number; and he also was born to the giant.”

Just remember that every work counts for the Lord, whatever contribution, whether big or small, God acknowledges all that we do for the church.

Verse 17 shows us how incapable some of these men of Israelites are, they might not be the people to win the battle just by the looks of it, for example, Abishai. Nonetheless, that is a huge part of God’s plan, which He uses the incompetent to do His work, and He will provide them all the training wheels they need to fine-tune his character so that God can use him for His glory confound the wisdom of the mighty.

The giants will only be conquered if everyone at church signs up to play their part.