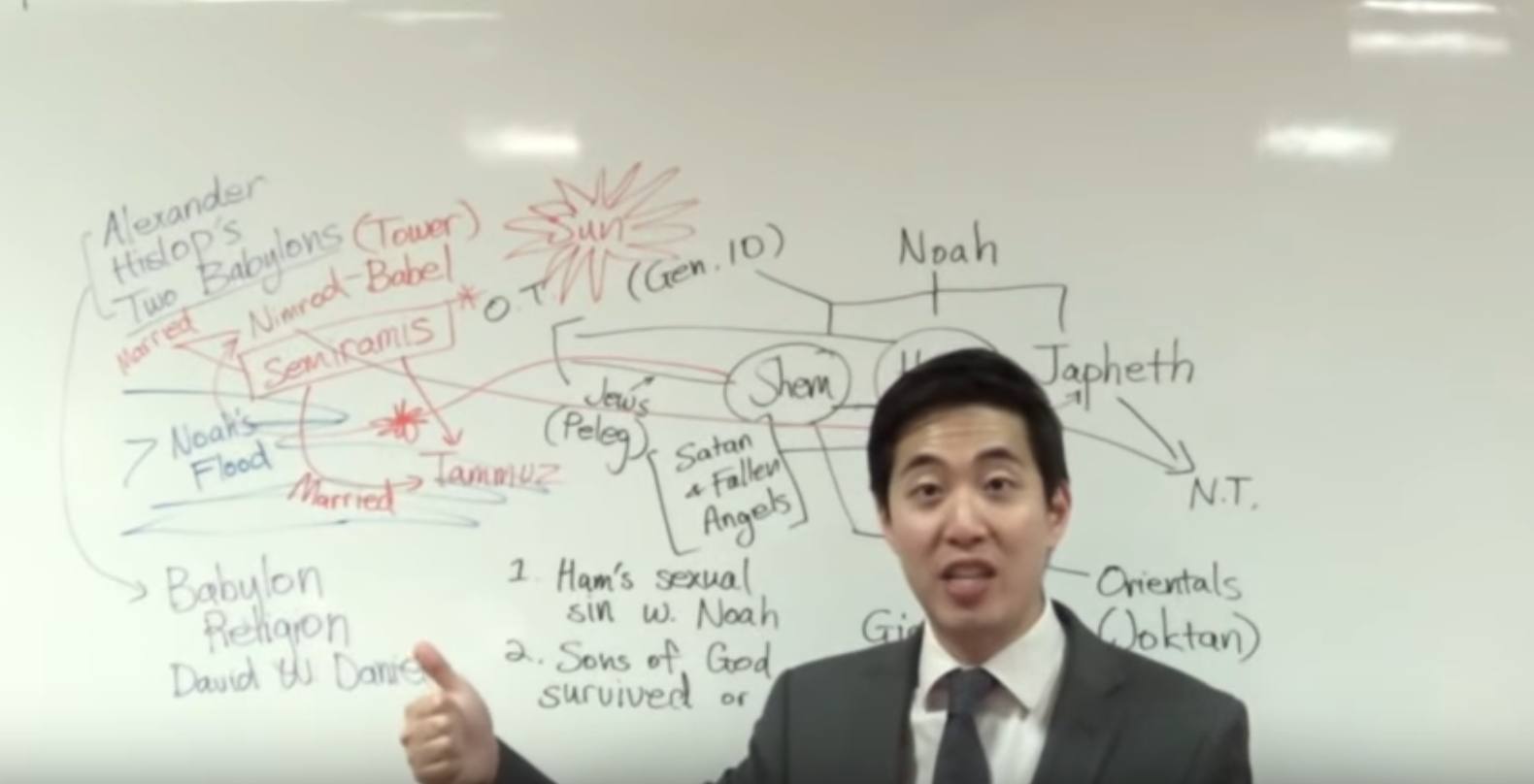 In Genesis 10 & 11, Noah had three sons from which all racial groups came out from; Shem, Ham, and Japheth. Ham was the one who messed up in sin.

The fundamental principle of God’s judgment is that when God casts his judgment at an individual, the group that the individual is representing will be affected too. God does that for a reason so that people of that line or the generation that follows will learn an important lesson, and what are the consequences of trespassing against God.

Nonetheless, because God already blessed Ham in verse 1, so he could not get the curse, but his generations could, which is how God punished Ham by specifically cursing Ham’s son Canaan.

Genesis 9:18,22,25 And the sons of Noah, that went forth of the ark, were Shem, and Ham, and Japheth: and Ham is the father of Canaan. And Ham, the father of Canaan, saw the nakedness of his father, and told his two brethren without. And he said, Cursed be Canaan; a servant of servants shall he be unto his brethren.

God the Holy Spirit specifically connected Ham and Canaan, so that Ham’s seed in totality was cursed because it was connected to Canaan.

Genesis 10 also mentioned that some of Ham’s seed went under slavery, which further proved how in totality his seed was cursed.

We need to understand God’s way of cursing individuals, that when God is cursing one of the individual’s descendants, it would be a representative as a whole of the community.
Similar to when God cursed Adam, it represented the whole of his community, which means the whole of mankind.

But because of that one seed Jesus Christ, our salvation became alive.

In Genesis 10, the bible showed that Ham was the one that was supposed to receive the curse, but actually, it was the nation that became the most prosperous, what’s with the contradiction? If the blessings did not come from God, who could they have come from?

From Ham’s bloodline, we see how giants (Nephilims) are going to return. The giants were supposed to be drowned during Noah’s flood, how can that be possible unless Satan and the fallen angels did something to make that happen.

A few theories were indicated.

There might be some connections with sex and grape, where Habakkuk mentioned drunkenness and taking the great fruit of the wine, and it had to do with something sexual. This context is parallel with the serpent and Eve in the Garden of Eden.

Sons of God survived or returned

There is a small group that may have survived Noah’s flood. Revelation chapter 9 mentioned that these Demons come from underneath the earth so that when the flood came to the scene, these creatures could stoop down to their hiding places underground to avoid the flood.

Deuteronomy 2:20 That also was accounted a land of giants: giants dwelt therein in old time; and the Ammonites call them Zamzummims;

This chapter highlights the connection between the Anakims and Ammonites.

These giants are from the land of Canaan, and they have survived through that time.

Genesis 10:2-5 The sons of Japheth; Gomer, and Magog, and Madai, and Javan, and Tubal, and Meshech, and Tiras. And the sons of Gomer; Ashkenaz, and Riphath, and Togarmah. And the sons of Javan; Elishah, and Tarshish, Kittim, and Dodanim. By these were the isles of the Gentiles divided in their lands; every one after his tongue, after their families, in their nations.

Shem and Ham were mostly mentioned throughout the old testament. After the flood, there was a conflict between Shem’s descendants and Ham’s descendants. The Godly line was from Shem’s line, and they had warfare with Ham’s line, but we also see a mingling of these two bloodlines in Egypt and Assyria. In the New Testament, Shem and Japheth were more frequently mentioned, Japheth was the one that accepted the religion of Christianity at that time, which is why Christianity was more favored towards Japheth’s line.

Genesis 10:30 And their dwelling was from Mesha, as thou goest unto Sephar a mount of the east.

God made specific mention of Nimrod, who is also the descendant of Ham. It was stated in the Bible that Nimrod is the mighty hunter before the Lord, which is perceived as a negative thing because his hunter identity and nature were an abomination before the Lord.

Genesis 13:13 But the men of Sodom were wicked and sinners before the Lord exceedingly.

We know that Nimrod came from Ham’s line, and his first kingdom was Babel.

In Genesis 11:4, Nimrod and the population did not want to spread throughout the whole world as God would desire. Instead, they gathered all of themselves to build a tower to reach Heaven, and God was definitely not pleased with that action. Therefore God destroyed the work of the Tower of Babel.

This occurrence basically repeated what was written in Genesis 6, as well as what’s happening in our modern-day civilization, where we are brainwashed and taught to allow our imagination to run wild, and then followed by concocted beliefs that liberal and democratic system thinks that should be tolerated by the society.

In the Old Testament, we could see that the wicked was already trying to establish a one-world system. It started with Cush, who was the bloodline of Hamites, and he married a very beautiful woman named Semiramis. The Bible stated that Semiramis was the one who created a lot of false Goddesses who tried to deceive humans to worship them.

Nimrod was the child of Cush and Semiramis, and it was believed that Nimrod, later on, grew up and married his own mother. This is why in Revelation 17, Semiramis was referred to as a whore and harlot because of her wicked conduct.

There is a pattern of Satan that keeps repeating from history, such as Jezebel would be repeating after Semiramis, Nimrod’s kingdom after Genesis 6, and Lucifer repeats his kingdom at Genesis 6 before Adam’s kingdom.