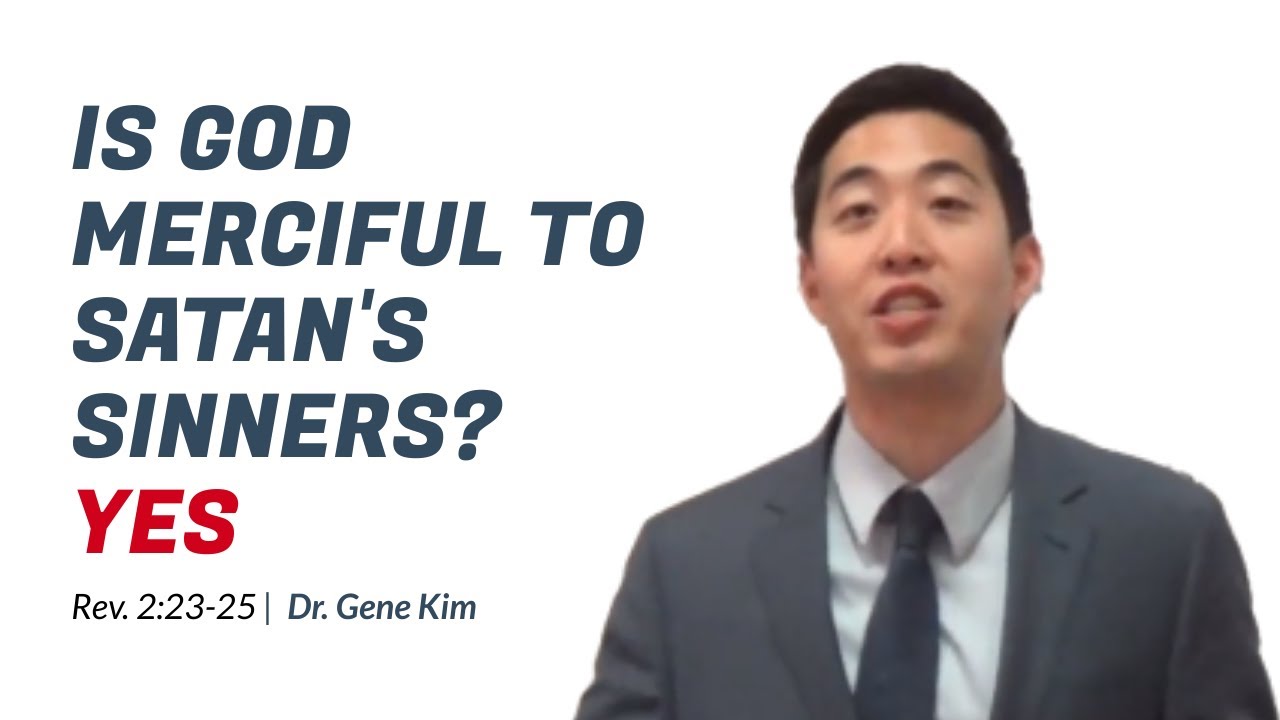 Revelation 2:24 “But unto you I say, and unto the rest in Thyatira, as many as have not this doctrine, and which have not known the depths of Satan, as they speak; I will put upon you none other burden.”

Here’s something interesting, God’s saying ‘but those of you’, so these are contrasted from the people who are guilty at verse 23. So there are people who did not join verse 23.

“and unto the rest in Thyatira,”

There are other people in Thyatira that didn’t join this system.

“as many as have not this doctrine, and which have not known the depths of Satan, as they speak;”

So they don’t have this doctrine and they don’t know much about how deep Satan was working while they were speaking and deceiving souls.

“I will put upon you none other burden.”

God’s not going to burden them more than that.

There’s a big excuse going around saying ‘Oh you can’t say that about my dear old Catholic grandmother who loved the church, worship the system. She was very sincere and loves Jesus more than you. You can’t say that she’s going to hell’.
One, if you read verse 23, God searched their hearts already. He knows what they were thinking but you don’t.
Secondly, this is a great proof text along with Romans 2 that God is not going to punish or judge a person if they don’t know much.

Let’s be honest, a lot of Catholics in our day and age are not really familiar with its doctrine, you’d be surprised that they just go because of culture, family tradition, and religion. This is not just Catholics, it includes every other church out there including Bible Baptist churches. A lot of them don’t know the depth of Satan, they don’t know how Satan was infiltrating all the churches, during that time you just love Jesus, that’s why you went to church. It’s not like God’s going to send lightning from heaven and burn you, if God judges you with hellfire or any pain on this earth, you got to realize that it’s according to verse 23. He knows your heart, He’s not going to do wrong but He’s not going to send it on you if you’re innocent.

So they don’t have this Catholic doctrine, technically speaking, because they weren’t really familiar with it, they don’t know the depths, how Satan was deep into this.

That’s why when you’re street preaching, you don’t act like a conceited jerk and yell at these people. Though it may be done in truth, it’s not done in the right spirit. The Bible says that those who worship God must worship Him in spirit and in truth. Not only that, not a lot of them know the depths of Satan, so when you’re witnessing to somebody, where are you going to focus on: the salvation of their souls or what you’re right about?

When you’re witnessing to people, you act like a gentleman, you act like a lady. You don’t act like a jerk and call yourself a Bible believer and King James only, and rejoicing about homosexuals getting killed. You are not a Bible-believing church, you’re not one of us. You are of the devil. You think that you know the depths of Satan to correct people but you are stuck in the depths of Satan yourself because he is king over all the children of pride. And it is that proud spirit of yours where you get around and bash all the other people around you.

So keep Revelation 2:24 in mind, ‘I will put upon you none other burden’ and that will be a nice verse to put 1 Corinthians next to that. God will not give you a temptation or a burden greater than you can bear.

When you dedicate yourself to a Bible-believing church, there are sacrifices. Who says that serving Jesus doesn’t come with a cost? Obviously, it’s hardship and there is a cost but don’t scare yourself into getting more involved for the Lord. God is not going to give you a burden greater than you can bear. Either He’s a liar or you’re a liar. The devil is planting the seed of doubt in your mind, saying ‘Look at how so and so is doing well but you’re not doing that well, you got a lot to catch up and you got to do this’. That’s the devil, that’s not God the Holy Spirit. If you think that’s the Holy Spirit convicting you of sin, that’s wrong. That’s the devil putting false guilt into your heart.

Revelation 2:25 “But that which ye have already hold fast till I come.”

Until Jesus comes, God wants them to already hold what they have. In the previous verse, God is not giving them a heavier burden than they can carry. So He’s saying that you have to hold fast. That’s a great God.

‘My Bible progress is not that great,’ ‘my soul-winning progress is not that great,’ ‘I’m not cleaning off my sin as much’. Hey, God is not going to give us a burden greater than we can bear. Let’s not give it up and throw ourselves into the world, into a bunch of wolves. Let’s hold fast to what we currently have. Now, that doesn’t mean that you’re completely right with God, but being half right with God is better than being not right with God. Getting at least half of my rewards is better than zero rewards at the Judgment Seat of Christ. Getting one city to rule is a pretty good thing compared to zero.

Remember what they were holding fast onto. In verse 19, they had a last work which was more than the first work. They were supposed to prioritize first works, not last works.

That’s the thing about Thyatira, they may have left out their first love but at least they are working, they are doing something for God. At least they have ‘a last thing’ going on.

During that time, you have John Huss, John Wycliffe, Waldensians, and Paulicians. Now if you really want to go way back, the ones who were like us being ‘fanatical’ were the Waldensians and Paulicians. Waldensians were responsible for the King James Bible translation and Paulinians were like dispensationalists, emphasizing in Pauline epistles. These two were considered to be very well learned in scripture that the Catholic church did not like at that time. Some scholars considered them to be fundamentalist extremists.

Remember that it was all a mingling of church religious and secular system, it was completely dead. Despite the infection of the apostasy during Thyatira where they forgot their first love for the Lord Jesus Christ, at least they had some sort of last work going on.