Jesus Says to Muslims… “I AM GOD” 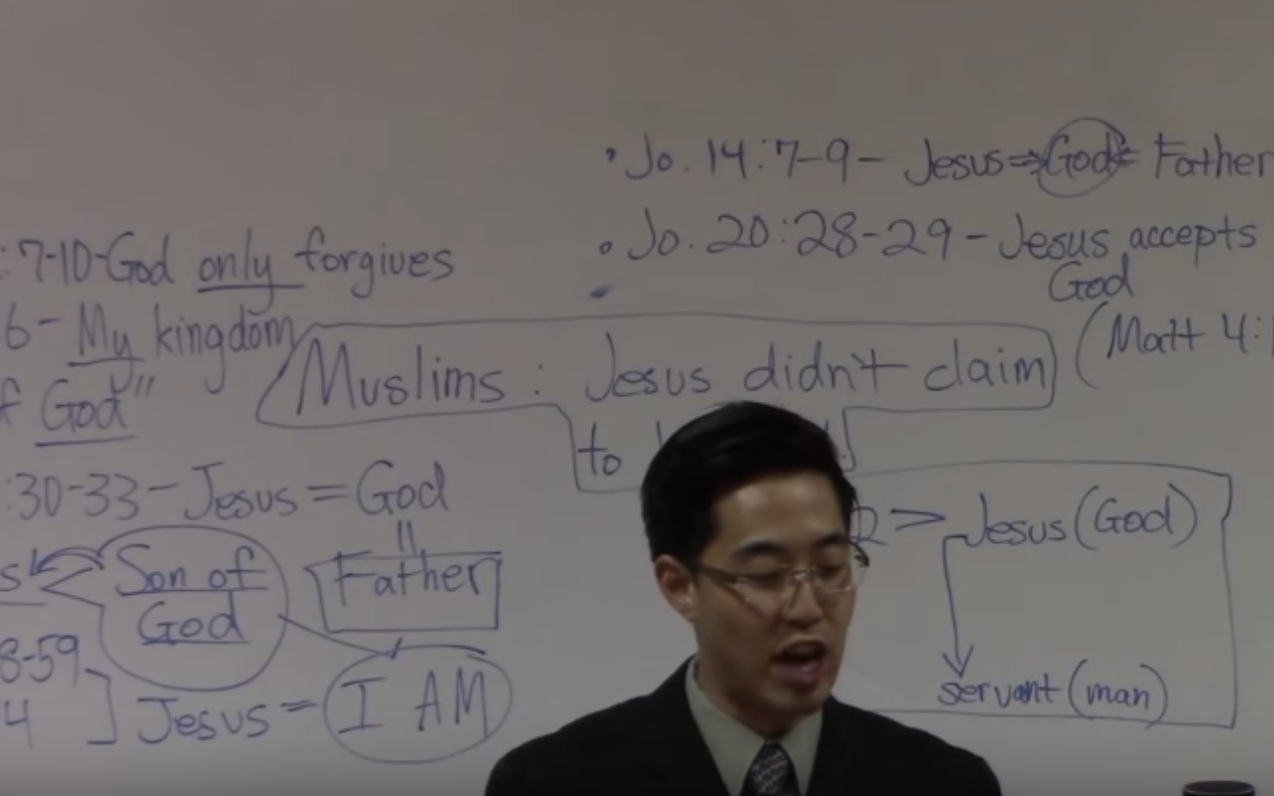 Muslims will often quote this to Christians: “Jesus never declared Himself to be God.” They’re not talking about what the Bible says. They believe that the writers of the Bible misunderstood Jesus’ true teaching. They think the writers deified Jesus when Jesus didn’t intend to be deified.

This article will show that Jesus did claim to be God.

An important side argument to remember is in Philippians 2. The question most Muslims pose is, “If Jesus declared Himself to be God, why isn’t it clear across the whole of the Bible?”

Jesus didn’t tend to clearly label Himself as God and rather indicate it more subtly because of the following:

Philippians 2:5-7 “Let this mind be in you, which was also in Christ Jesus: Who, being in the form of God, thought it not robbery to be equal with God: But made himself of no reputation, and took upon him the form of a servant, and was made in the likeness of men:”

If Jesus had declared Himself as God instead of taking on the humble persona that we see Him take on, we would get rid of one of the most important doctrines of the Bible: the humility and humiliation of Christ. To fulfill His purpose, He had to live as a servant.

Mark 2:7 “Why doth this man thus speak blasphemies? Who can forgive sins but God only?”

These people said that only God can forgive sins.

Mark 2:8 “And immediately when Jesus perceived in his spirit that they so reasoned within themselves, he said unto them, Why reason ye these things in your hearts? Whether is it easier to say to the sick of the palsy, Thy sins be forgiven thee; or to say, Arise, and take up thy bed, and walk? But that ye may know that the Son of man hath power on earth to forgive sins…”

Here, Jesus identified Himself to be God, the one who can forgive sins.

Now let’s look at John 18:36. Here Jesus preaches of a kingdom, which He declared to be His own kingdom.

John 18:36 “Jesus answered, My kingdom is not of this world: if my kingdom were of this world, then would my servants fight that I should not be delivered to the Jews: but now is my kingdom not from hence.”

John 10:30-33 “I and my Father are one. Then the Jews took up stones again to stone him. Jesus answered them, Many good works have I shewed you from my Father; for which of those works do ye stone me? The Jews answered him, saying, For a good work we stone thee not; but for blasphemy; and because that thou, being a man, makest thyself God.”

This is very clear that Jesus is making Himself the same as God the Father. These are probably the most famous verses used to defend the fact that Jesus claimed to be God.

Some critics will use the next verse against Christians.

John 10:34 “Jesus answered them, Is it not written in your law, I said, Ye are gods? If he called them gods, unto whom the word of God came, and the scripture cannot be broken;”

People will use this to say that Jesus was calling Himself a lesser god, not the same god as God the Father. But look at the very next verse.

John 10:35 “Say ye of him, whom the Father hath sanctified, and sent into the world, Thou blasphemest; because I said, I am the Son of God?”

Jesus here declared Himself to be God very clearly by using one of the most sacred things one could ever use: the name of God. He identifies Himself as ‘I AM’.

The Jews understood what He was saying! He was identifying Himself with God who named Himself ‘I AM’ back in Exodus 3:14. He was saying that He was God.

More passages to support this are John 14:7-9, John 20:28-29, and Matthew 4:10. In John 14, Philip asks Jesus to show them the Father and Jesus responded by saying that if they have seen Him, they have seen the Father. He declares Himself to be the same God as the Father.

In John 20:28-29, Thomas calls Jesus God. Does Jesus correct him? Of course not! Instead, He reinforces His belief that Jesus was God. He says that Thomas should have known that a long time ago. He was either committing blasphemy or accepting Himself to be God.

Let’s jump to Matthew 4:7, 10. Here, Jesus says that one should only worship God. But go back to verses 6 and 7. Satan tempts Jesus in the wilderness and Jesus’ response is simply this in verse 7, “Thou shalt not tempt the Lord thy God.” This is the best verse to use in this argument. Use Matthew 4:7. He had to prove His servanthood with people, but He didn’t have to with Satan.

After considering all the above, there is no way one can say that Jesus never claimed to be God.