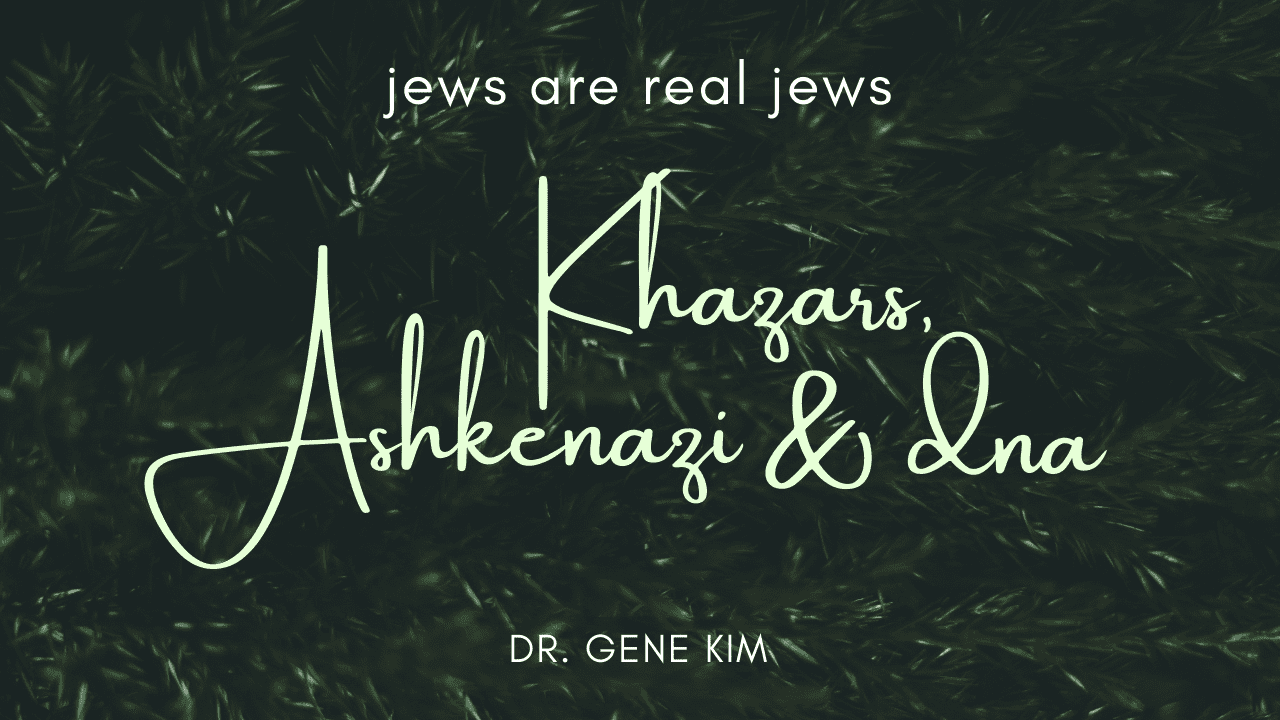 Physically, the Khazars and Ashkenazis are Jews, but spiritually, they are not saved. Some people are researching and trying to prove that these people are not Jews.

Spiritual Jews are fake Jews. Their religion is false, and they will not find salvation. The Jews that are still God’s elect are the physical Jews. Some will try to deny a physical Jew with all the mix of ethnicities in the world today. When Jesus was killed, He was called “King of the Jews.” But in His Jewish genealogy, there are non-Jews in His bloodline!

Matthew 1:1,5: “The book of the generation of Jesus Christ, the son of David, the son of Abraham. And Salmon begat Booz of Rachab; and Booz begat Obed of Ruth; and Obed begat Jesse;”

Rahab was a prostitute, and she is in Jesus’ bloodline. Ruth is also mentioned. She was a Moabite, a group that the Jewish people were told not to mingle with. Even though there are these things in His bloodline, God still considers Jesus Christ a physical Jew. Today, we identify ourselves by certain ethnicities, e.g. Korean or Chinese, but the reality is that we’re all mixed!

Isaiah 11:11-12: “And it shall come to pass in that day, that the Lord shall set his hand again the second time to recover the remnant of his people, which shall be left, from Assyria, and from Egypt, and from Pathros, and from Cush, and from Elam, and from Shinar, and from Hamath, and from the islands of the sea. And he shall set up an ensign for the nations, and shall assemble the outcasts of Israel, and gather together the dispersed of Judah from the four corners of the earth.”

The Bible prophesies the diaspora of Jews in the world, but one day will gather them back and He still calls them Israel.

Ezekiel 36:17,19: “Son of man, when the house of Israel dwelt in their own land, they defiled it by their own way and by their doings: their way was before me as the uncleanness of a removed woman. And I scattered them among the heathen, and they were dispersed through the countries: according to their way and according to their doings I judged them. For I will take you from among the heathen, and gather you out of all countries, and will bring you into your own land.”

And again, Ezekiel prophesies that God will disperse Israel through the countries and then bring them back into their own land. There is no other nation/race in this world

There’s no doubt about it: the Jewish people are real Jews. They are from the bloodline of people that God forged His covenant with long ago, and they will not be forgotten.