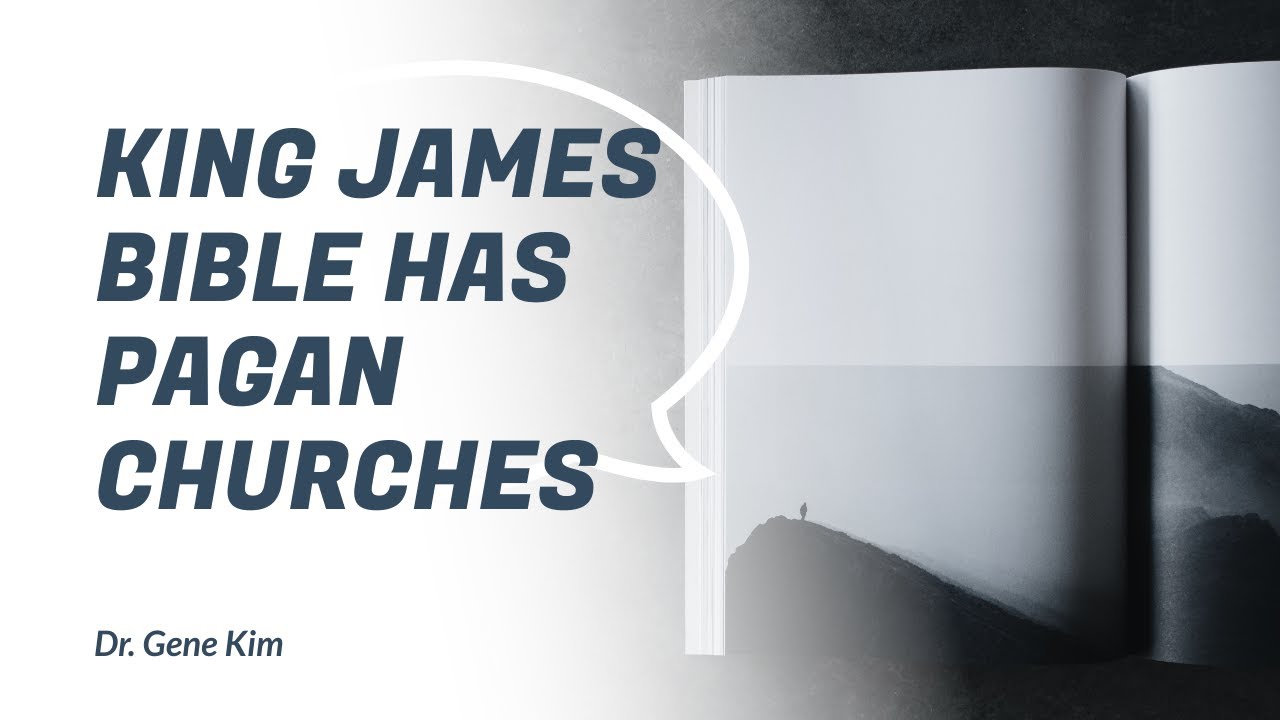 Acts 19:37: “For ye have brought hither these men, which are neither robbers of churches, nor yet blasphemers of your goddess.”

Detractors of the King James Bible will say that there is an error in this verse in the King James Bible. It should say “temples,” and not churches. This is because historically, the pagans did not have church buildings yet. What they had were temples. So they say there were no churches at that time.

Webster’s Dictionary 1828 defines church as “a temple of God,” or “a house consecrated as a worship of God.” A house consecrated is a sacred place. There are a wealth of other resources which use “church” and “temple” interchangeably (Matthew Henry commentary, etc.). This means that this supposed “error” in the King James Bible is not an error at all.

How do they know historically that the pagans didn’t have buildings at the time? Just because they don’t have documents and evidence does mean it didn’t happen. Also, there was paganism going on in the church at the time!

Revelation 2:12-23: “And to the angel of the church in Pergamos write; These things saith he which hath the sharp sword with two edges; I know thy works, and where thou dwellest, even where Satan’s seat is: and thou holdest fast my name, and hast not denied my faith, even in those days wherein Antipas was my faithful martyr, who was slain among you, where Satan dwelleth. But I have a few things against thee, because thou hast there them that hold the doctrine of Balaam, who taught Balac to cast a stumblingblock before the children of Israel, to eat things sacrificed unto idols, and to commit fornication. So hast thou also them that hold the doctrine of the Nicolaitanes, which thing I hate. Repent; or else I will come unto thee quickly, and will fight against them with the sword of my mouth. He that hath an ear, let him hear what the Spirit saith unto the churches; To him that overcometh will I give to eat of the hidden manna, and will give him a white stone, and in the stone a new name written, which no man knoweth saving he that receiveth it. And unto the angel of the church in Thyatira write; These things saith the Son of God, who hath his eyes like unto a flame of fire, and his feet are like fine brass; I know thy works, and charity, and service, and faith, and thy patience, and thy works; and the last to be more than the first. Notwithstanding I have a few things against thee, because thou sufferest that woman Jezebel, which calleth herself a prophetess, to teach and to seduce my servants to commit fornication, and to eat things sacrificed unto idols. And I gave her space to repent of her fornication; and she repented not. Behold, I will cast her into a bed, and them that commit adultery with her into great tribulation, except they repent of their deeds. And I will kill her children with death; and all the churches shall know that I am he which searcheth the reins and hearts: and I will give unto every one of you according to your works.”

This passage shows that there was paganism going on in a multitude of churches at that time. That’s what Jesus is calling out in this passage. So, this supposed “error” in the King James Bible once again only goes to show a more profound revelation: this time, of paganism within churches themselves.