KJV Translators Added Words in the Bible! (Use of Italics) 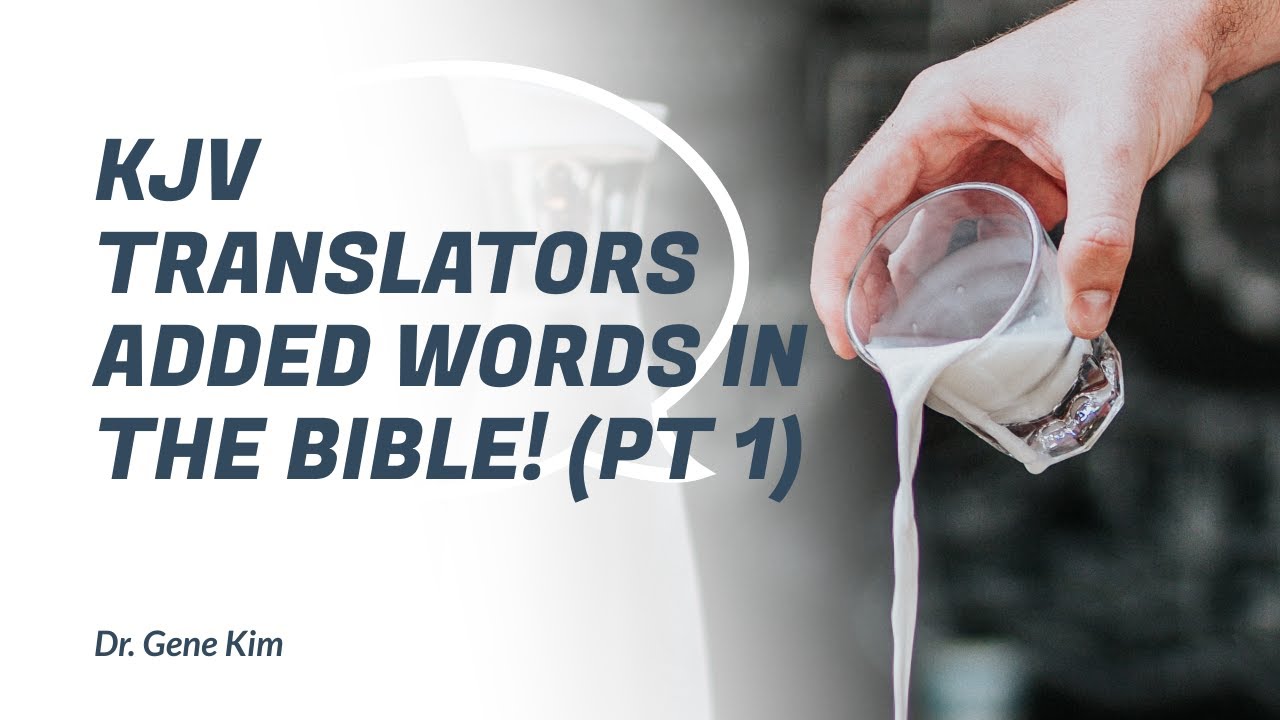 One of the criticisms of the King James Bible is the use of italics. Those italicized words represent the fact that those words were not in the original. The KJV critics say they added words, getting rid of the true original. But this is not true. When translating something into another language, sometimes adding words is necessary to make a sentence make sense because of the changes between grammar and syntax.

Let’s look at an example to get some context.

If we look at the Gospel of Matthew, we can see why distinguishing the amount of silver in Zechariah 11:12-13 was so important.

Matthew 27:9: “Then was fulfilled that which was spoken by Jeremy the prophet, saying, And they took the thirty pieces of silver, the price of him that was valued, whom they of the children of Israel did value.”

Let’s look at another example.

Habakkuk 1:5: “Behold ye among the heathen, and regard, and wonder marvelously: for I will work a work in your days which ye will not believe, though it be told you.”

”You” is italicized in this verse. It’s important because it tells us who the person is. Without this word, we wouldn’t know who the subject of the sentence was.

Acts 13:41: “Behold, ye despisers, and wonder, and perish: for I work a work in your days, a work which ye shall in no wise believe, though a man declare it unto you.”

Luke revisits the verse from Habakkuk, using the italics from the referenced verse. Those italicized words are essential and corroborated by their use later on in the Scriptures.

Why KJV Should “Add” to God’s Word Part 2

1 Corinthians 9:9: “For it is written in the law of Moses, thou shalt not muzzle the mouth of the ox that treadeth out the corn. Doth God take care for oxen?”

This verse is referring to Deuteronomy 25:4, which says, “Thou shalt not muzzle the ox when he treadeth out the corn.”

Modern Bible scholars would say that using the word “corn” was an error in the King James Bible in Deuteronomy 25:4 because the word “corn” did not exist in that century. But that’s not true! Paul uses the same word when referring back to that verse! So, I ask you this: are you going to believe Paul, who wrote so much of our New Testament, or modern Bible scholars on this matter?

Matthew 4:4: “But he answered and said, It is written, Man shall not live by bread alone, but by every word that proceedeth out of the mouth of God.” (not italicized)

Deuteronomy 8:3: “And he humbled thee, and suffered thee to hunger, and fed thee with manna, which thou knewest not, neither did thy fathers know; that he might make thee know that man doth not live by bread only, but by every word that proceedeth out of the mouth of the Lord doth man live.” (italicized)

In this verse, “word” is italicized. How do we know that it is correct? All we have to do is look back at Matthew 4:4. When referring back to this verse, Jesus uses “word” when He repeats the verse.

In this verse, the word brother is italicized. So if you take out the word “brother,” it then says that Elhanan killed Goliath! But we know this to be not true. David killed Goliath. We all know that beyond a shadow of a doubt. So these italicized words are essential.

1 John 2:23: “Whosoever denieth the Son, the same hath not the Father: he that acknowledgeth the Son hath the Father also.”

Modern Bible scholars say the second half of this verse should not be there because most Greek manuscripts do not support it. But this verse is endorsed by the precious Alexandrian manuscripts they hold so dear.

Psalm 7:11 and Psalm 34:16-17 are both Bible verses that have italics. If the italics are removed, we’ll have a major doctrine problem.