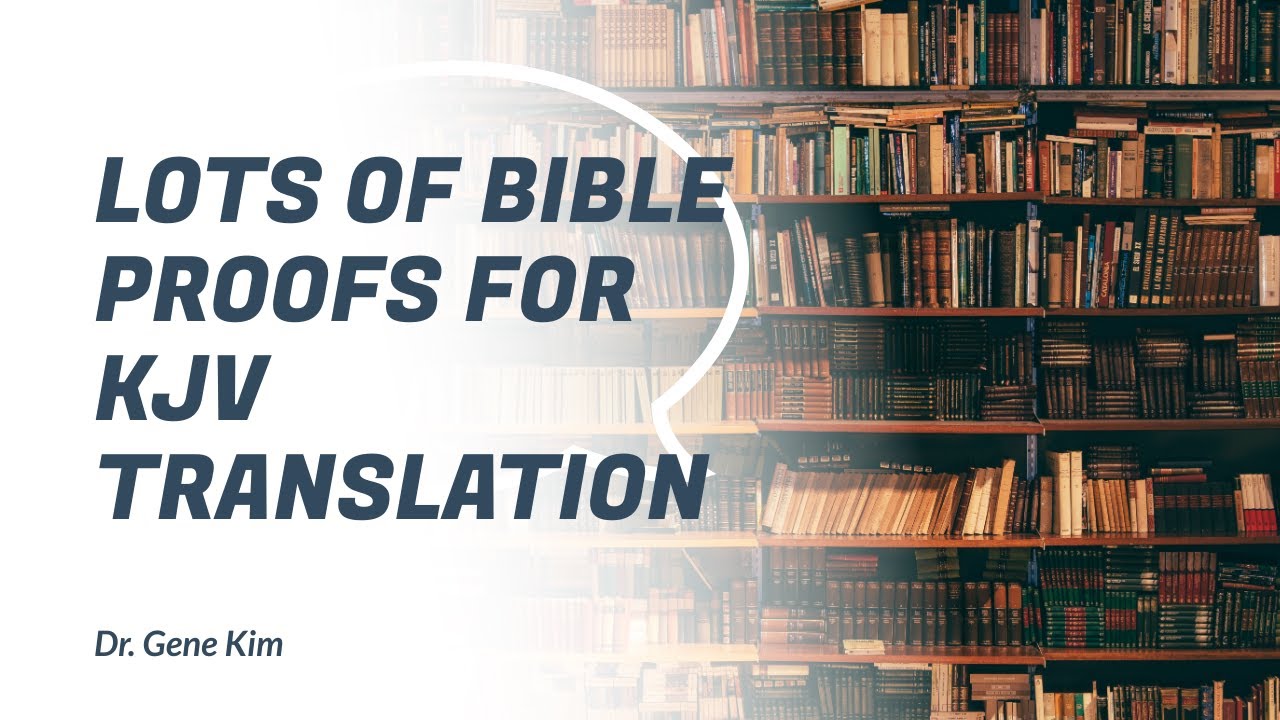 The King James Bible comes from the Textus Receptus (TR), which are copies. We believe that perfection has been preserved all the way through to translation.

Translation has to be perfect

The New Testament has verses translated from a different language in Old Testament.

Matthew 4:10: “Then saith Jesus unto him, Get thee hence, Satan: for it is written, Thou shalt worship the Lord thy God, and him only shalt thou serve.”

Here, Jesus is speaking a verse from the Old Testament. Matthew is translating it into Greek, though it was originally written in Hebrew! We take this verse to be divinely inspired Scripture, even though it is a translation. So why can’t the translation of the King James Bible likewise be perfect? Jesus was quoting Deuteronomy 6:13, which says, “Thou shalt fear the Lord thy God, and serve him, and shalt swear by his name.”

Luke 4:12: “And Jesus answering said unto him, It is said, Thou shalt not tempt the Lord thy God.”

Jesus was quoting Deuteronomy 6:16: “Ye shall not tempt the Lord your God, as ye tempted him in Massah.”
So many verses in the New Testament are Greek translations of Old Testament Hebrew.

1 Corinthians 9:9: “For it is written in the law of Moses, thou shalt not muzzle the mouth of the ox that treadeth out the corn. Doth God take care for oxen?”

Romans 9:17: “For the scripture saith unto Pharaoh, Even for this same purpose have I raised thee up, that I might shew my power in thee, and that my name might be declared throughout all the earth.”

Ezra had to translate from another heathen language into the Hebrew Old Testament.

This was originally written in Syrian but translated into Hebrew for the Old Testament. Modern scholars will “chop” off these sections since they do not affect doctrine. So we see that translations being perfect and divinely inspired is not just a New Testament phenomenon.

Another Old Testament passage that we know to be translated from another language into Hebrew is:

Genesis 42:23: “And they knew not that Joseph understood them; for he spake unto them by an interpreter.”

Joseph himself spoke to his brothers through an interpreter. This passage is further proof that God can divinely inspire translations and has done so throughout the Old and New Testaments.

Even God Himself translated from a heathen language into His own language.

Exodus 14:1-4: “And the Lord spake unto Moses, saying, Speak unto the children of Israel, that they turn and encamp before Pihahiroth, between Migdol and the sea, over against Baalzephon: before it shall ye encamp by the sea. For Pharaoh will say of the children of Israel, They are entangled in the land, the wilderness hath shut them in. And I will harden Pharaoh’s heart, that he shall follow after them; and I will be honoured upon Pharaoh, and upon all his host; that the Egyptians may know that I am the Lord. And they did so.”

If God Himself translated from Egyptian into His own language, why do some deny that translations are imperfect?

Acts 21:40-Acts 22:1-21: “And when he had given him licence, Paul stood on the stairs, and beckoned with the hand unto the people. And when there was made a great silence, he spake unto them in the Hebrew tongue, saying, Men, brethren, and fathers, hear ye my defence which I make now unto you. (And when they heard that he spake in the Hebrew tongue to them, they kept the more silence: and he saith,) I am verily a man which am a Jew, born in Tarsus, a city in Cilicia, yet brought up in this city at the feet of Gamaliel, and taught according to the perfect manner of the law of the fathers, and was zealous toward God, as ye all are this day.  And I persecuted this way unto the death, binding and delivering into prisons both men and women. As also the high priest doth bear me witness, and all the estate of the elders: from whom also I received letters unto the brethren, and went to Damascus, to bring them which were there bound unto Jerusalem, for to be punished. And it came to pass, that, as I made my journey, and was come nigh unto Damascus about noon, suddenly there shone from heaven a great light round about me. And I fell unto the ground, and heard a voice saying unto me, Saul, Saul, why persecutest thou me? And I answered, Who art thou, Lord? And he said unto me, I am Jesus of Nazareth, whom thou persecutest. And they that were with me saw indeed the light, and were afraid; but they heard not the voice of him that spake to me. And I said, What shall I do, Lord? And the Lord said unto me, Arise, and go into Damascus; and there it shall be told thee of all things which are appointed for thee to do. And when I could not see for the glory of that light, being led by the hand of them that were with me, I came into Damascus. And one Ananias, a devout man according to the law, having a good report of all the Jews which dwelt there, Came unto me, and stood, and said unto me, Brother Saul, receive thy sight. And the same hour I looked up upon him. And he said, The God of our fathers hath chosen thee, that thou shouldest know his will, and see that Just One, and shouldest hear the voice of his mouth. For thou shalt be his witness unto all men of what thou hast seen and heard. And now why tarriest thou? arise, and be baptized, and wash away thy sins, calling on the name of the Lord. And it came to pass, that, when I was come again to Jerusalem, even while I prayed in the temple, I was in a trance; And saw him saying unto me, Make haste, and get thee quickly out of Jerusalem: for they will not receive thy testimony concerning me. And I said, Lord, they know that I imprisoned and beat in every synagogue them that believed on thee: And when the blood of thy martyr Stephen was shed, I also was standing by, and consenting unto his death, and kept the raiment of them that slew him. And he said unto me, Depart: for I will send thee far hence unto the Gentiles.”

This ENTIRE passage was originally spoken in Hebrew but then translated into Greek for the New Testament, and it is still considered perfect, divinely inspired Scripture.