Objections You May Face During Soulwinning (Part 1 and 2) 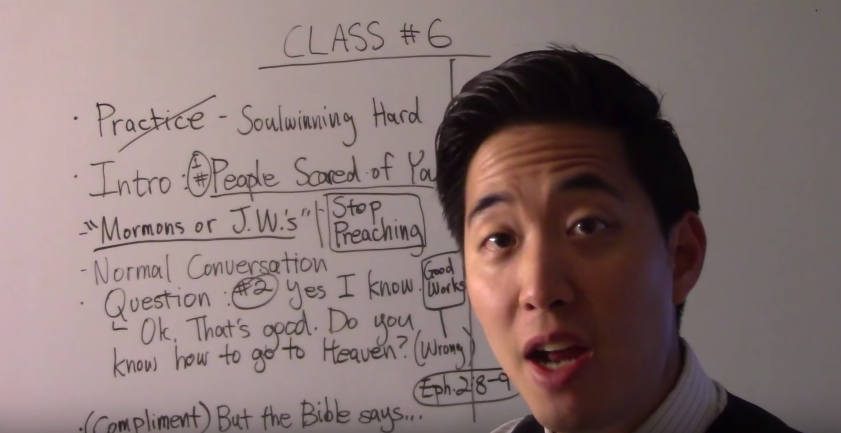 3. The lost will insist that they’re saved by faith.

Objections that may come up during soul-winning

3) Have you sinned before?

Revelation 21:8: “But the fearful, and unbelieving, and the abominable, and murderers, and whoremongers, and sorcerers, and idolaters, and all liars, shall have their part in the lake which burneth with fire and brimstone: which is the second death.”

4) People may think that it’s cruel that God would send people to hell.

5. I don’t believe that Jesus is God.

Here are a few Bible verses someone can use to counter that Jesus is indeed God:

Romans 5:8-9:  “But God commendeth his love toward us, in that, while we were yet sinners, Christ died for us. Much more then, being now justified by his blood, we shall be saved from wrath through him.”

1 Timothy 3:16: “And without controversy great is the mystery of godliness: God was manifest in the flesh, justified in the Spirit, seen of angels, preached unto the Gentiles, believed on in the world, received up into glory.”

John 20:28-29: “And Thomas answered and said unto him, My Lord and my God. Jesus saith unto him, Thomas, because thou hast seen me, thou hast believed: blessed are they that have not seen, and yet have believed.”

6. “I don’t believe that Jesus died, was buried and resurrected.”

The following Bible verse clearly talks about the death, burial, and resurrection of Jesus Christ.

1 Corinthians 15:2-4: “By which also ye are saved, if ye keep in memory what I preached unto you, unless ye have believed in vain. For I delivered unto you first of all that which I also received, how that Christ died for our sins according to the scriptures; And that he was buried, and that he rose again the third day according to the scriptures:”

7. “I believe that salvation is based on good works.”

Ephesians 2:8-9: “For by grace are ye saved through faith- and that not of yourselves, it is the gift of God- Not of works, lest any man should boast.”

There are two types of objections here. The first is the argument for easy believism – “if it’s so easy to be saved, then everyone can be saved.” But these people do not believe that sin is involved, because the truth is that it’s not easy to be saved. Jesus, who is God, had to die for us to be saved.

Romans 2:4-5: “Or despisest thou the riches of his goodness and forbearance and longsuffering; not knowing that the goodness of God leadeth thee to repentance? But after thy hardness and impenitent heart treasurest up unto thyself wrath against the day of wrath and revelation of the righteous judgment of God;”

The second objection would be of Lordship salvation. This is the belief that, to be saved, one must demonstrate a significant change in his/her life. However, there is no limitation of repentance as long as there is a change of mind in one’s sinful condition as evidenced in the following verses.

2 Corinthians 7:11: “For behold this selfsame thing, that ye sorrowed after a godly sort, what carefulness it wrought in you, yea, what clearing of yourselves, yea, what indignation, yea, what fear, yea, what vehement desire, yea, what zeal, yea, what revenge! In all things ye have approved yourselves to be clear in this matter.”

Jonah 3:10: “And God saw their works, that they turned from their evil way; and God repented of the evil, that he had said that he would do unto them; and he did it not.”

Some may think that they cannot be saved. The response should be, “Let God get rid of the sin for you, you are unable to do anything by yourself.”

2 Corinthians 7:10: “For godly sorrow worketh repentance to salvation not to be repented of: but the sorrow of the world worketh death.”

But it is. Of course, uttering the words without meaning does not save anyone, but this is what the verse says:

Romans 10:9: “That if thou shalt confess with thy mouth the Lord Jesus, and shalt believe in thine heart that God hath raised him from the dead, thou shalt be saved.”