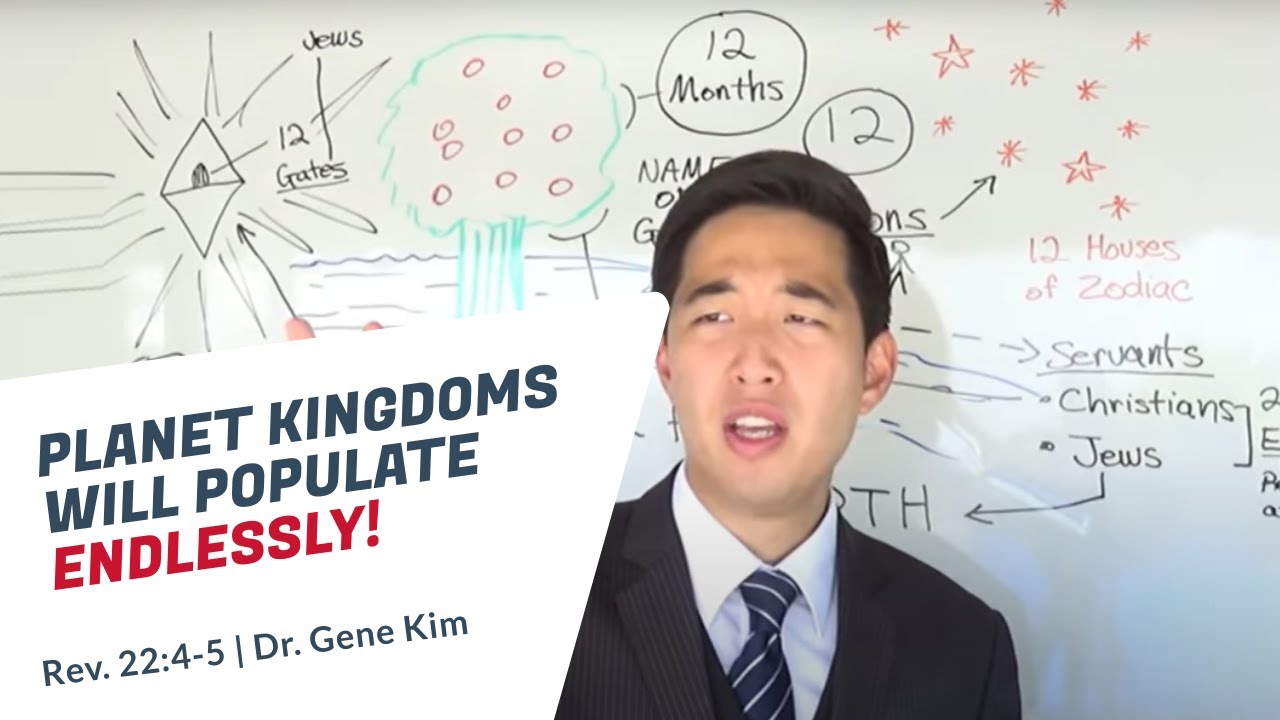 A new name is given

Revelation 22:4 “And they shall see his face; and his name shall be in their foreheads.”

“and his name shall be in their foreheads.”

The name of God is also going to be in the foreheads of His servants.

The name of God goes down to His servants, context of Revelation 22. These servants could be Christian and Jews, these 2 groups of people here. If that’s the case, how is it going to operate? It operates according to the double application of Revelation 3.

The one who overcometh is:
1. Christians, by believing on Christ for salvation. We saw that 1 John 5.
2. Tribulation saints, through their works. We saw that in Revelation 12. And their faith in Christ.

Notice also that God’s giving them a new name but He puts it in His temple. The temple is identified with New Jerusalem. In Revelations 21 and 22, it says that there’s no temple because the Lamb is the temple, so New Jerusalem where God’s residing is the temple itself.

That new name is given to a Christian as well as to the Jews. A long time ago pastor mentioned that he can see how this works for a Christian having a new name because he gets New Jerusalem but he can’t see how that’s going to apply to a Jew because the Jew gets the earth, not New Jerusalem. But in Revelation 22, if we take the idea that New Jerusalem is identified as the homeland for Christians and the earth as a homeland for the Jews, but we also believe in the idea that other people can live in other places, then it can harmonize. So we can see that Revelation 22 is a fulfillment of Revelation 3.

A tribulation saint overcomes by enduring all the way to the end. They overcame the evil one by the blood of the lamb, by the word of their testimony and they love not their lives unto death. So tribulation saint’s overcoming is faith and works. We see that in Revelation 12. The Christian church is based on 1 John 5, which is based on believing, no works. Just faith and no works.

So when the tribulation saints overcome all the way to the end, God gives them a new name. The Christian church, once they believe in Christ; they already overcame. Once you believe, you overcame and He writes upon you His new name.

Now Revelation 22 says He writes the name on their foreheads. For the tribulation saints we’ve seen that fulfilled at Revelation 7, God puts a mark on them but He only puts it on 144,000. So it may be that the tribulation saints, not all of them receive the mark or the name of God until they die, or until they enter God’s throne, that could be the explanation. However, for the Christian church, He’s already written down and marked them.

Ephesians 1:13 “In whom ye also trusted, after that ye heard the word of truth, the gospel of your salvation: in whom also after that ye believed, ye were sealed with that holy Spirit of promise,”

1 John 5 says that if you believe, you overcome, that means you should be marked. This verse also states that the seal’s on you.

God Himself will give light

Revelation 22:5 “And there shall be no night there; and they need no candle, neither light of the sun; for the Lord God giveth them light: and they shall reign for ever and ever.”

“And there shall be no night there;”

There is no night in New Jerusalem.

“and they need no candle, neither light of the sun;”

They don’t need a candle, not light of the sun.

“for the Lord God giveth them light:”

God is the light, He’s giving them light.

“and they shall reign for ever and ever.”

The reigning will be forever.

The verse says that there is no sun light or moon light because Jesus Christ is the light. But that doesn’t mean that the sun and the moon are gone. It’s still there. It’s just referring to the light because God is the light, He’ll continue it.
Not only that, but Revelation 22 also mentioned that the fruit has to bring forth according to months.

When the verse says that they shall reign forever, it’s not just showing for the reign of God, not just the time where it goes forever, but rather the government and the people go on endlessly, population-wise. They’re going to fill it out. Tribulations and Millennial saint’s body are made differently from ours. They have to go for the leaves for the healing of the nations. Their bodies are definitely functioning differently, it’s like Adam and Eve’s.
Christian church’s bodies are exactly like Jesus Christ, where it does not produce children and it’s forever, immortal.

Remember Revelation 21, the bridegroom and the bride are starting something in eternity, so Jeremiah 33 is going to show a similar context.

Jeremiah 33:14 “Behold, the days come, saith the LORD, that I will perform that good thing which I have promised unto the house of Israel and to the house of Judah.”

Jeremiah 33:20-22 “Thus saith the LORD; If ye can break my covenant of the day, and my covenant of the night, and that there should not be day and night in their season;Then may also my covenant be broken with David my servant, that he should not have a son to reign upon his throne; and with the Levites the priests, my ministers.As the host of heaven cannot be numbered, neither the sand of the sea measured: so will I multiply the seed of David my servant, and the Levites that minister unto me.”

Jeremiah 33:25 “Thus saith the LORD; If my covenant be not with day and night, and if I have not appointed the ordinances of heaven and earth;”

There is only no night in New Jerusalem but throughout the whole universe, you’re still going to see in its beauty, the stars, sun moon, planets, and everything because it’s going to increase and go on endlessly.

Isaiah 9:7 “Of the increase of his government and peace there shall be no end, upon the throne of David, and upon his kingdom, to order it, and to establish it with judgment and with justice from henceforth even for ever. The zeal of the LORD of hosts will perform this.”

The government and its ruling increases so much, it will go on forever. There is no ending to it.
‘the throne of David’s’ in Jeremiah 33 is going to continue and that includes its size as well.

Notice the time is mentioned at the last part of verse 7: henceforth even forever. At the beginning of verse 7, the increase of his government cannot be timed then. So the increase means literally its size, the size is going to go on endlessly forever based on Jeremiah 33, it’s going to keep multiplying.