Post-Tribulation Rapture Is For Jews, Not Christians 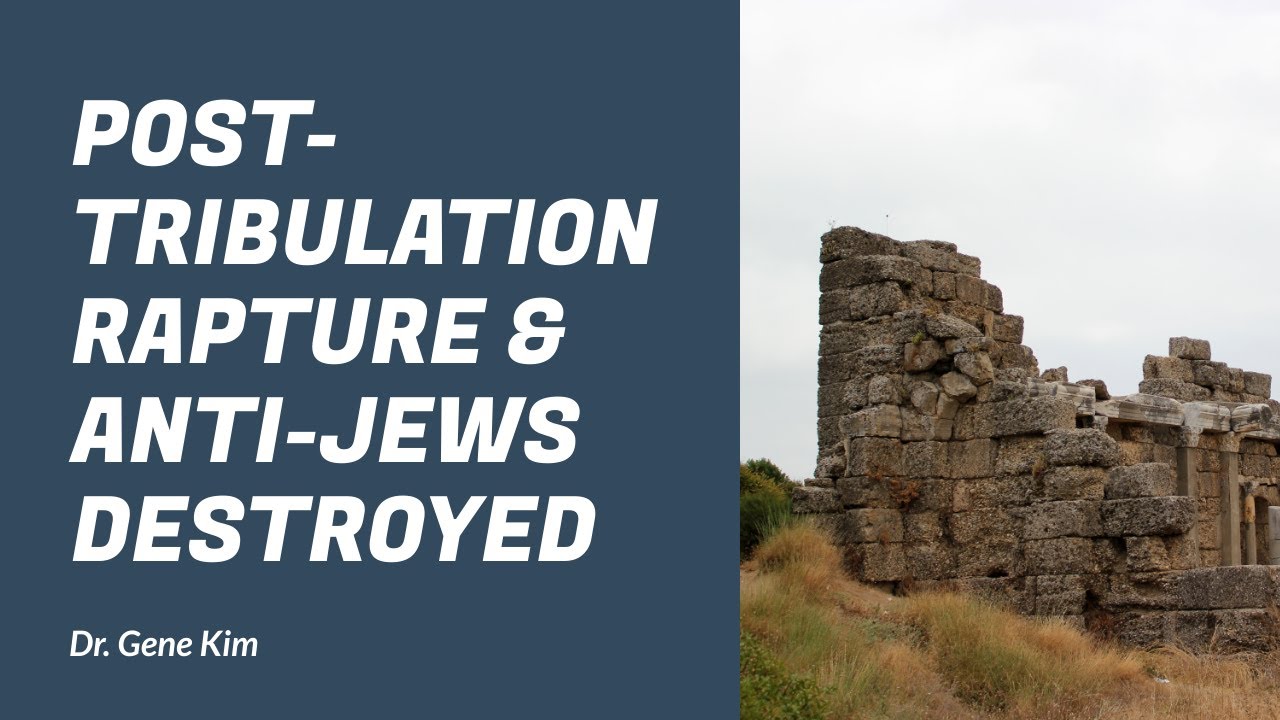 When studying the Bible, there is undoubtedly a Christian theme and a Jew theme. When you study Christians, it does not refer to the tribulation, but the days before it. When one studies about Jews, everything points to a tribulation time period. It is important to see this distinction. Let’s talk about why Christians can’t go through the tribulation by looking at Daniel 9 and Revelation 11.

Daniel 9:24: “Seventy weeks are determined upon thy people and upon thy holy city, to finish the transgression, and to make an end of sins, and to make reconciliation for iniquity, and to bring in everlasting righteousness, and to seal up the vision and prophecy, and to anoint the most Holy.”

Now in these seventy weeks, we’re going to see a division. There are 69 weeks that have already passed while the 1 remaining week is when the Antichrist shows up or the tribulation.

How do we know this?

Daniel 9:25: “Know therefore and understand, that from the going forth of the commandment to restore and to build Jerusalem unto the Messiah the Prince shall be seven weeks, and threescore and two weeks: the street shall be built again, and the wall, even in troublous times.”

This says that from the rebuilding of Jerusalem to the coming of Jesus was 69 weeks. This time has passed already.

What about the remaining week?

Daniel 9:26: “And after threescore and two weeks shall Messiah be cut off, but not for himself: and the people of the prince that shall come shall destroy the city and the sanctuary; and the end thereof shall be with a flood, and unto the end of the war desolations are determined.”

Daniel 9:27: “And he shall confirm the covenant with many for one week: and in the midst of the week he shall cause the sacrifice and the oblation to cease, and for the overspreading of abominations he shall make it desolate, even until the consummation, and that determined shall be poured upon the desolate.”

Why is this important?

Daniel 9:24: “Seventy weeks are determined upon thy people and upon thy holy city, to finish the transgression, and to make an end of sins, and to make reconciliation for iniquity, and to bring in everlasting righteousness, and to seal up the vision and prophecy, and to anoint the most Holy.”

Who are Daniel’s people and those who are of the holy city? This is clearly talking about Jews. Verse 25 is focused on Jerusalem. In verse 27, it also talks about Jewish sacrifice and oblation. Therefore, these 70 weeks are for Jews. Therefore, the tribulation, the one week, is for Jews. It is clearly connected to Jews.

Even more evident is the doctrine of spiritual salvation. For us, our sins are washed away spiritually, not physically. When you come to Jewish salvation, it isn’t spiritual. It’s physical as a nation.

Daniel 9:24 says that these 70 weeks are to finish the transgression, end sin, make reconciliation for iniquity, and bring everlasting righteousness. For Christians, we have immediate reconciliation.

Ephesians 1:7: “In whom we have redemption through his blood, the forgiveness of sins, according to the riches of his grace;”

Notice that our forgiveness of sins is based on the Lord Jesus Christ. It isn’t based on going through the tribulation.

This is why Israel as a nation went through so much persecution physically. For us, we gain individual salvation through belief in Jesus Christ.

Romans 11:25: “For I would not, brethren, that ye should be ignorant of this mystery, lest ye should be wise in your own conceits; that blindness in part is happened to Israel, until the fulness of the Gentiles be come in.”

Paul clearly is talking about the nation of Israel, not individuals. He says they are blinded temporarily, hence why it is taking 70 weeks for their salvation to come about.

Romans 11:26: “And so all Israel shall be saved: as it is written, there shall come out of Sion the Deliverer, and shall turn away ungodliness from Jacob: for this is my covenant unto them, when I shall take away their sins.”

This clearly refers to Israel as a nation and a whole.

Thus, we see that it is impossible that Christians go through the tribulation. It is the Jews who are reserved for that time period so that their salvation may be made complete. This is why dispensationalism is so important, or our doctrine will be messed up otherwise.