Satan is the Author of Today’s Bibles! 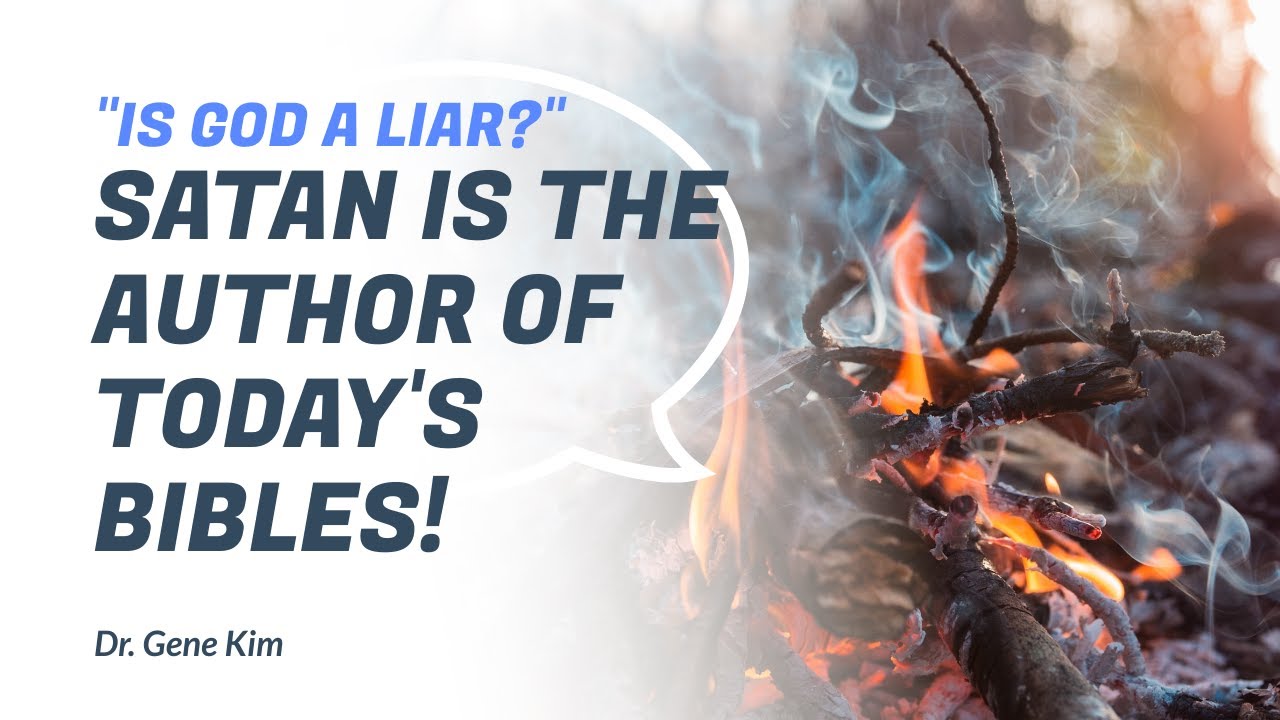 Many people think that different Bible translations are not an issue, but they are. Satan himself is the author of modern Bible translations. We believe that God NEVER lies. Keep that in mind as we look through some Bible verses together.

Hebrews 3:15-17: “While it is said, To day if ye will hear his voice, harden not your hearts, as in the provocation. For some, when they had heard, did provoke: howbeit not all that came out of Egypt by Moses. But with whom was he grieved forty years? was it not with them that had sinned, whose carcases fell in the wilderness?”

Mark 1:2-3: “As it is written in the prophets, Behold, I send my messenger before thy face, which shall prepare thy way before thee. The voice of one crying in the wilderness, Prepare ye the way of the Lord, make his paths straight.”

Modern Bible translation will not say “written in the prophets” but rather “written in Isaiah.” The problem with this is that verse 2 is quoted by Malachi, and verse 3 by Isaiah. It would be a lie to say written in Isaiah since Malachi also prophesied the same.

2 Chronicles 35:20: “After all this, when Josiah had prepared the temple, Necho king of Egypt came up to fight against Charchemish by Euphrates: and Josiah went out against him.”

2 Kings 23:29: “In his days Pharaohnechoh king of Egypt went up against the king of Assyria to the river Euphrates: and king Josiah went against him; and he slew him at Megiddo, when he had seen him.”

Modern Bibles actually say that he went up to the aid of the king of Assyria, making these two passages contradict one another! It is an error in multiple ways.

Notice that Elhanan killed the brother of Goliath. The modern Bible translations say that Elhanan didn’t kill Goliath’s brother, but Goliath himself!

1 Chronicles 20:5: “And there was war again with the Philistines; and Elhanan the son of Jair slew Lahmi the brother of Goliath the Gittite, whose spear staff was like a weaver’s beam.”

This verse is further evidence of God’s truth.

John 7:6-10: “Then Jesus said unto them, My time is not yet come: but your time is alway ready. The world cannot hate you; but me it hateth, because I testify of it, that the works thereof are evil. Lo ye up unto this feast: I go not up yet unto this feast: for my time is not yet full come. When he had said these words unto them, he abode still in Galilee. But when his brethren were gone up, then went he also up unto the feast, not openly, but as it were in secret.”

Modern Bibles omit the word “yet.” That makes the verse contradictory in and of itself, making a liar out of Jesus.

In John 8:44, Jesus makes it abundantly clear who the author of lies truly is:

“Ye are of your father the devil, and the lusts of your father ye will do. He was a murderer from the beginning, and abode not in the truth, because there is no truth in him. When he speaketh a lie, he speaketh of his own: for he is a liar, and the father of it.”

Modern Bibles are of the devil because they push the lies of Satan to the masses.