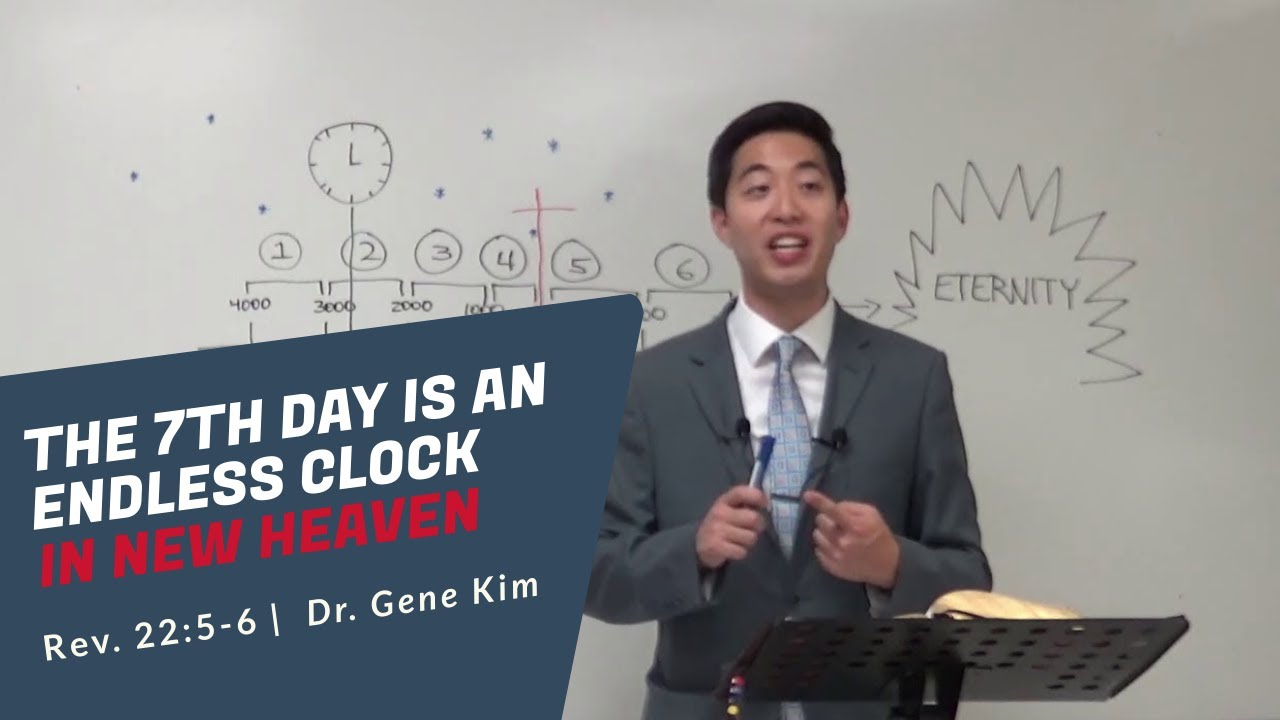 Revelation 22:5 “And there shall be no night there; and they need no candle, neither light of the sun; for the Lord God giveth them light: and they shall reign for ever and ever.”

During this 1000 year Millennial reign of Jesus Christ, this should have been since the year 2000. We’re not too far away from the coming of the Lord, it should be really really close. The only reason why we’re at the year 2020 is that our calendars are off, the calendars are such a complete mess. The pastor mentioned before that it could be where we’re already past the rapture date or we have 200 years left. The pastor does not mean that we have to wait for another 200 years, he simply meant that the range is somewhere between now until 200 years later but he doesn’t see it longer than 200. So that’s the range.

Because this is supposed to go on for eternity. God’s time here at 7 is rest for eternity. That’s why there’s no night there. Neither is there any need for the sun and the moon, it goes on endlessly. We hit the peak of eternity with God forever and ever. God rested and we’re going to rest with Him for all eternity there.

Where are the 12 Gentile parts?

Remember that the pastor mentioned that God divided off the universe into 12 parts and He divided the timing and the seasons where they visit the tree of life 12 months in a year. So now the question in everyone’s mind is who are those 12 Gentile parts. It’s really hard to tell, the only way is to look at their history and genealogical roots, and then if you’re going to collectively divide it into 12 parts, Dr. Ruckman divides the 12 parts in the following manner:
1. North America
2. Central America
3. South America
4. Antarctic continent
5. Arctic circle
6. Asia
7. Africa
8. Australia
9. West Indies
10. East Indies
11. Greenland
12. Europe

He’s not 100% sure either but with some of these divisions, he believes it’s definitely going to happen. Other parts he’s not too sure about.

It might help your research if you find out those people who do geography, why they divide it into seven continents. If you study their logic and rationale for dividing that way, it might help you study what would be the 12 best departing lines. That could be very helpful.

These sayings are faithful and true

Revelation 22:6 “And he said unto me, These sayings are faithful and true: and the Lord God of the holy prophets sent his angel to shew unto his servants the things which must shortly be done.”

The angel is speaking to John.

“These sayings are faithful and true:”

Everything that is said, the promise in verses 2, 3, 5, and chapter 21, all those beautiful things that you’ve heard about are faithful, so it will have to happen no matter what. And it’s true, that means that it’s real, it’s not a fairytale.

It is important to know that here the angel is speaking. There’s going to be confusion because it seemed like from previous verses in chapters 21 and 22, God was the one speaking, but then there’s an angel who’s speaking too so we might get confused about who’s who.

How does this work? Recall by context Revelation 21:9, the angel is speaking at verse 9 and he was the one that said ‘Come and I will show you things’, so then he carried John in the spirit from the timeline where John was at the Isle of Patmos to the Lord’s day. So the idea is the angel carried John in the spirit and showed him everything like a picture, a TV screen, a revelation, a vision. In this ‘TV screen’, John sees God speaking as one of the characters in it, so to speak, that’s why there’s an intermingling of the angel speaking and God speaking.

The way that the word of God is built is not like our modern-day human conversations systemizing things like ‘he said’, ‘she said’. In God’s biblical word, they feel like there is no need for that division, they just keep talking so as to not ruin that flow of authority.