The Battle Is The Lord’s 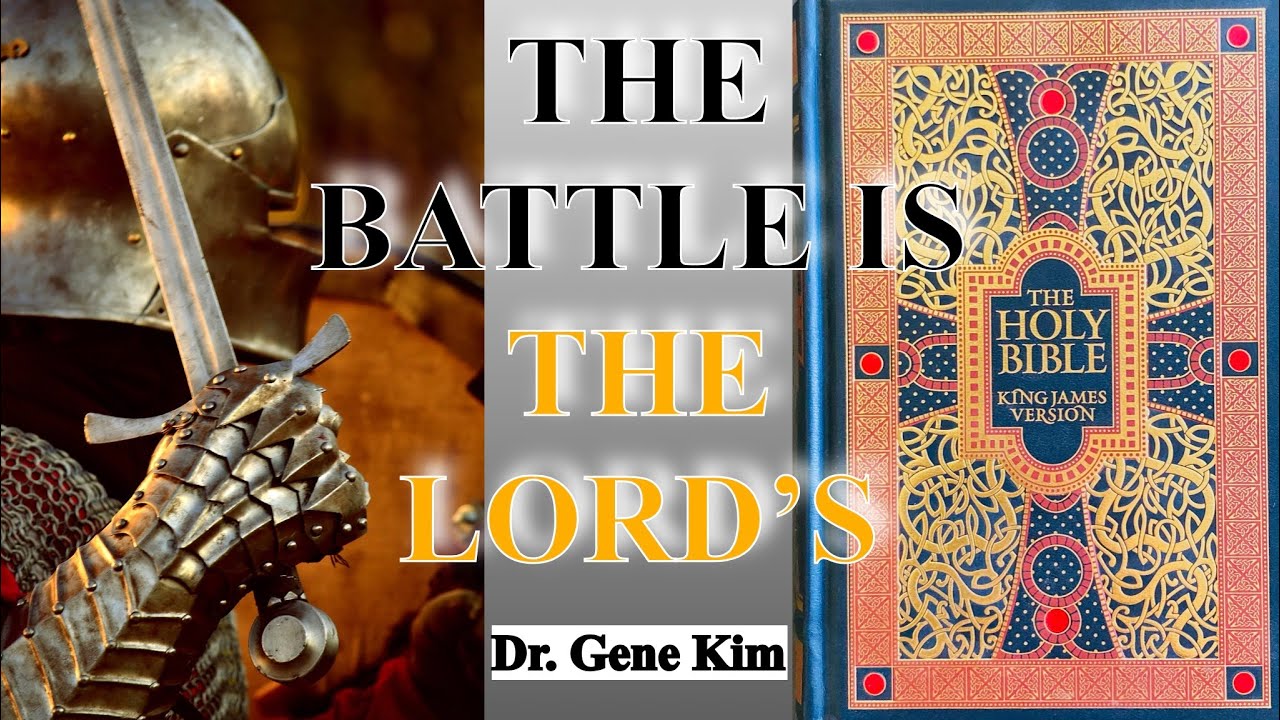 1 Samuel 17:47: “And all this assembly shall know that the Lord saveth not with sword and spear: for the battle is the Lord’s, and he will give you into our hands.”

David had to fight against all odds when he came across Goliath, but he trusted that the battle is the Lord’s.

The same goes for our daily lives. We understand that the challenges we face may be overwhelming at times, but God is in full control, and we have to give Him the full glory.That includes the battle that we go through, which also belongs to God.

Every aspect of what we do in our lives is a battle. This is because our enemies, including the devil may derange everything we do here on earth. However, not everything that happens to us should be attributed to the devil.

There are two other enemies that we need to watch out for. Our second enemy is the world. At times, we are so consumed by the worldly system that it becomes a huge battle, so draw ourselves away from it so that we can be more fervent in serving our Heavenly Father. We know that to walk in the spirit, to live a faithful Christian life requires effort and sometimes a decent amount of stress as that shows that we are in a battle for God in lieu of yielding to the world.

Our third enemy is our flesh, which practically takes up a hundred percent of our lives. All of us may struggle with some addiction, or slothfulness. Hence it becomes a battle to break free from that addictions or habit of being lazy. Everyone is fighting a different battle. We all have different fleshly problems that we need to overcome. Some involve music, some drugs, and others may be with the technology or media.

We have to overcome against the flesh, the worldly system, and on top of that, the devil. This can happen in any facet of our lives, whether it’s health, career, or relationship-related issues.

Overcome and be doers of the word

2 Corinthians 4:17: “For our light affliction, which is but for a moment, worketh for us a far more exceeding and eternal weight of glory;”

This verse recognizes that the problems in life, no matter how trivial or big they are, contribute to our suffering. Therefore learning to overcome them will yield us rewards by the end of the day as promised by God.

The good thing about seeing every occasion in life as a battle is that it will constantly remind us to put up a fight rather than succumb to the enemies or allow the situation to take control of our lives.

Most people have to fight battles too. They fall prey to the enemies and hence the corruption of the world, but surprisingly some of them may deal with the battles better than saved believers. This is because they take the problem as it is, and take responsibility for their actions when they practically have no one to fall back to.

Unlike us believers, sometimes we rely too much on the Lord, and do not have the strength and discipline to do our part for God’s glory. It is important to rely on God, but we also have our part to play before God can do His part.

If anything, our intent to fight back against the enemies should be for Christ’s sake, knowing that we do it solely to please the Lord.

The Bible says, ‘Be doers of the word, not hearers only,’ we are supposed to take actions and accomplish results, but we can’t even do and hear the word until the Bible says ‘faith cometh by hearing, hearing by the word of God.’ So how can we do something for the Lord without believing in His word?

Faith to fight the battle

Whatever we are called to do, we need to believe in Him with all our faith. That is how God blessed us with the fruit of the Spirit.

Strong faith to believe in God is required the most, even when we think life is not fair, because it never is.

In the Old Testament, the Philistines once won the battle against Israel, because their faith in their god was stronger than Israel’s, who entered the battlefield with a wrong and wretched faith.

The problem with us Christians is that we only want to feel good being the children of God, and for whatever walks we embark on for Him. So nevertheless when it comes to a battle that we are destined to go through, we tend to back out.

It takes overcoming a battle to have joy and peace with the Lord when we go through sleepless nights, suffer from physical pain, endure financial struggles, etc. Still, these battles are supposed to make us feel uncomfortable, which is the true embodiment of suffering. This is what being a Christian is about. God’s promises for us are infallible, which includes both suffering and rewards. Don’t bow down for the worldly rewards, but set our affections on God’s rewards in Heaven. He promises us peace, joy, gold, silver, precious stones and crowns, which in every way is so much better than the rewards of believing in the propaganda of liberalism.

We may think it is alright to lose or forego God’s promises in the scripture, which includes Romans 8:28, 2 Corinthians 12:9-10, 1 Corinthians 10:13, 1 John 1:7,9. However, what’s saddening is that we have people who find it more difficult or not worthy to renounce the rewards of the world, a certificate, an award or recognition which by the end of the will rust out and mean nothing at all, as compared to God’s heavenly rewards which are for eternity.

Our foundations in doctrine should be strong, which are KJV only, fundamentalism, Bible believer, dispensationalism, “we are saved by grace through faith, not works,” just to name a few. We must live in God’s truth and honor Him with our beliefs, so that He can bless us spiritually with all His might.

2 Timothy 2:15: “Study to shew thyself approved unto God, a workman that needeth not to be ashamed, rightly dividing the word of truth.”

God goes as far as to command us not to fellowship with those who have their doctrine wrong in Romans 16, because that is His essence.

2 Timothy 4:7: “I have fought a good fight, I have finished my course, I have kept the faith:”

Can we say, ‘I have fought through the nail and finished my battle at the end?’

We have to believe that the battle is worth it, because God promises us so.

Don’t be afraid of the hardships and pain, don’t focus on the world, but focus on God’s promises instead.