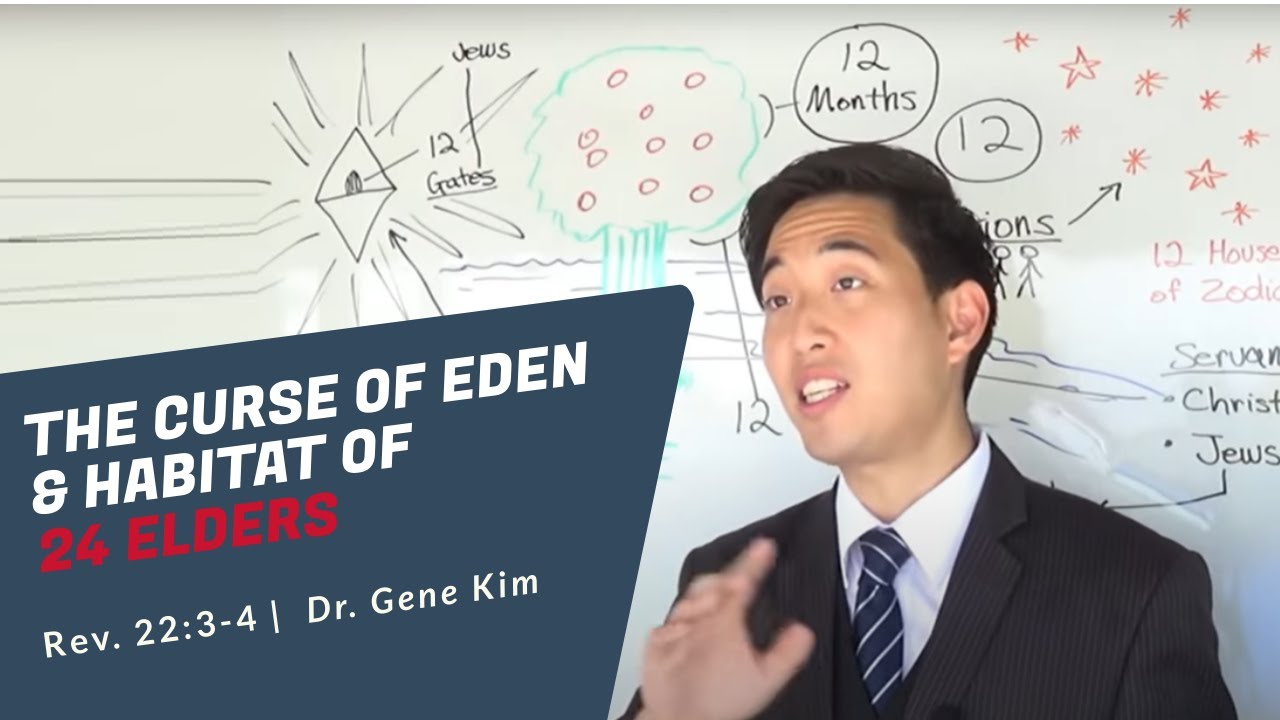 Revelation 22:3 “And there shall be no more curse: but the throne of God and of the Lamb shall be in it; and his servants shall serve him:”

“And there shall be no more curse:”

In eternity, there is no more curse. God put the curse at the beginning, now it’s restoring Eden again, back to Adam and Eve’s timeline.

There was a curse upon our earth, that’s why until then, life is going to be unfair.

There are a lot of Christians who become bitter and mad at God but you need to understand that there is a curse on our earth. A lot of people quit believing in God because they say that if God is real and God is a loving father, then why did all these bad things happen?

It’s simple, because there is a curse.

Genesis 3:14 “And the LORD God said unto the serpent, Because thou hast done this, thou art cursed above all cattle, and above every beast of the field; upon thy belly shalt thou go, and dust shalt thou eat all the days of thy life:”

Notice that the Lord is putting a curse here, but it continues on with the woman.

Genesis 3:16 “Unto the woman he said, I will greatly multiply thy sorrow and thy conception; in sorrow thou shalt bring forth children; and thy desire shall be to thy husband, and he shall rule over thee. And unto Adam he said, Because thou hast hearkened unto the voice of thy wife, and hast eaten of the tree, of which I commanded thee, saying, Thou shalt not eat of it: cursed is the ground for thy sake; in sorrow shalt thou eat of it all the days of thy life;”

The Lord put a curse upon all of mankind at Genesis 3. Until the curse gets broken, we’re in it. It cannot get broken until Revelation 22. You cannot blame God, you cannot say ‘Why didn’t the Lord intervene?’, you need to get that out of your mind, we’re living in a curse, that’s what the scripture said.

As a matter of fact, pain and suffering upon this earth should not disprove the existence of God, it should prove more that the Bible is real because the Bible said that this curse has to happen. If God made everything good and pleasant to you, then He’s not real because He’d be breaking His word and then you’d think that the Bible is false.

“but the throne of God and of the Lamb shall be in it;”

God’s throne is in New Jerusalem.

The verse says God and the Lamb, so why is it a single throne but with two different people? Because God the Father, God the Son and God the Holy Spirit, these are three persons but they’re one god, so that’s why it’s possible to the Lord.

“and his servants shall serve him:”

His servants are going to be the ones serving Him. The servants that will be serving Him can include everybody. The servants will consist of the Christian church and different saints, such as Jews, either from the Old Testament or tribulation.

That’s why in Revelations 4 and 5, the Jews can proclaim their Messiah who delivered them from Abraham’s bosom and through the blood, they were able to go up, while the Christian church is redeemed by the blood of the Lamb. So these could be the missing explanations to who are the 24 elders.

This could make sense then that if New Jerusalem has the names of not just the apostles which are Christians, but also Jews. Remember it’s 12 foundations of the apostles and then the 12 gates according to the tribes of Israel. So then does that mean that Jews can have access to New Jerusalem? Yes.

But this brings up a confusion: the Gentile nations go to the new heaven, the Christian church go to New Jerusalem and then the Jews are ruling over the earth, then why is it that Jews can have a portion in New Jerusalem? If you study mankind on their living situations, when they’re in a designated place, it’s not like that they stay there and it’s forever, mankind has the freedom to go everywhere but they come from a designated place.

For example, in Korea, not everyone there is Korean. The Koreans can identify Korea as their homeland but that doesn’t mean that they’re the only ones who are living there. There’s a lot of immigrants and different groups or ethnicities who can reside there. That’s the idea, New Jerusalem is identified with the Christians but that doesn’t mean that the Jews cannot live, immigrate or travel there.

God specifically said that the earth will be for the Jews, there are too many verses for that. In Deuteronomy, God said that the universe was for the Gentiles. New Jerusalem is mentioned numerous times in the Pauline epistles that it’s for Christians and Revelation even admitted that it is the bride of Christ. So it is accurate to say that New Jerusalem is identified with the Christians but that doesn’t mean that different people cannot live there. You got to realize that mankind is built that way, to live and travel wherever they go because God gives new heaven, new earth, and new Jerusalem for everybody to enjoy even though He designates it to people.

Revelation 22:4 “And they shall see his face; and his name shall be in their foreheads.”

“And they shall see his face;”

So everyone’s going to see the face of God, that would be a blessing. Amen.

That matches with Matthew 5 which was a sermon on the mount for people who are going to see God at the Millennial kingdom and the future. He says Blessed are the poor in heart for they shall see God, because they’re going to see Him literally face to face. That’s why the sermon on the mount is not applied to the Christian church, that’s for the future timeline: Millennium and eternity.