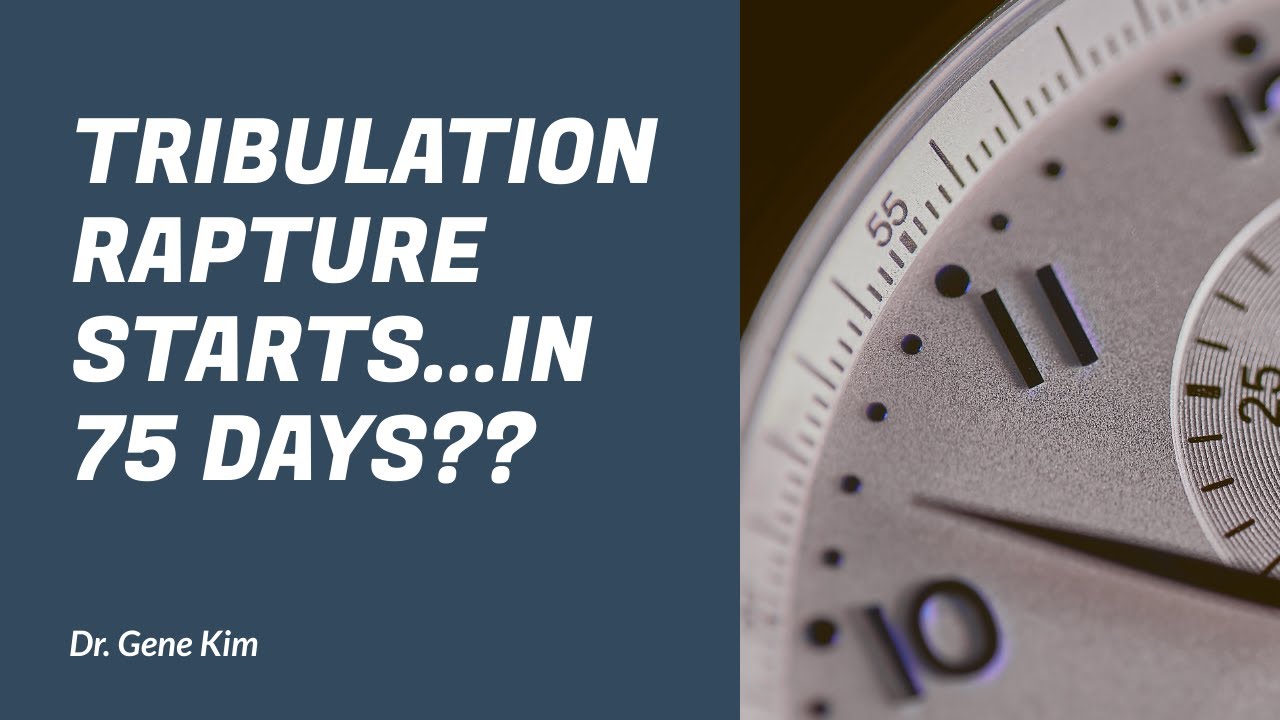 As we look at Daniel’s 70th week, it is the tribulation timeline. That’s what most preachers and Bible scholars know and acknowledge. No matter which eschatology you believe in, everyone agrees concerning the 70th week. Concerning this, we agree that the abomination desolation occurs in the midst of this. The question is concerning the extra amount of days that goes beyond this. It doesn’t end with the second advent and the millennium. There is an extra amount of days that are of question.

What are these extra days?

Revelation 16:15: “Behold, I come as a thief. Blessed is he that watcheth, and keepeth his garments, lest he walk naked, and they see his shame.”

Notice here that God is saying that blessed are those who wait and watch because of some rapture. It goes on to say, “And he gathered them together into a place called in the Hebrew tongue Armageddon.”

Let’s compare this with Daniel 12. Remember that the abomination is the middle of the 70th week.

Daniel 12:11: “And from the time that the daily sacrifice shall be taken away, and the abomination that maketh desolate set up, there shall be a thousand two hundred and ninety days.”

However, there is a gap between thee 1,290 days and Armageddon. What are these extra days?

Daniel 12:12: “Blessed is he that waiteth, and cometh to the thousand three hundred and five and thirty days.”

Here is the gap. Some mid-tribulation rapture people use these days in their arguments. What they believe is that the first half of the tribulation is the 1,335 days. This will create a gap of 75 days after the tribulation that they use to delineate when they will be raptured. However, Pastor Kim argues that these 1,335 days are in the second half of the tribulation. the context in verse 11 is saying that there are the 1,290 days after the abomination, but “blessed are those if they wait through to the mark of 1,335 days.” It has to be in the second half beyond the 1,290 days.

Luke 12:36: “and ye yourselves like unto men that wait for their lord, when he will return from the wedding; that when he cometh and knocketh, they may open unto him immediately.”

Christ here is returning from the wedding, meaning it was already going on in heaven, proving pre-tribulation rapture. Christ marries the church, therefore the church must be in heaven for the wedding.

Luke 12:37: “Blessed are those servants, whom the lord when he cometh shall find watching…”

This matches up perfectly with Revelation 16. It’s the same thing. It’s talking about a time close to Armageddon. This is why it makes more sense to place the days on the side of Armageddon in the second half of the timeline.

We argue that the tribulation is God’s wrath. However, people like to claim that only the second half is wrath. They argue that Christians will still go through the tribulation, but not the wrath. This doesn’t make any sense. In Revelation 16, it says that blessed is he who watches. This is the rapture, which agrees with Luke 12. This is at the brink of Armageddon.

Look at Revelation 20 and Matthew 25. It’s important to note that looking at these things requires in depth study of the Scriptures. This is why we go through so many different passages! It’s necessary to do this.

Revelation 20:4: “And I saw thrones, and they sat upon them, and judgment was given unto them: and I saw the souls of them that were beheaded for the witness of Jesus, and for the word of God, and which had not worshipped the beast, neither his image, neither had received his mark upon their foreheads, or in their hands; and they lived and reigned with Christ a thousand years.”

Notice that they received thrones and judgment before the clock of the millennium begins. This makes sense about the extra days. The clock only starts once they receive their rewards. The judgment must take place first. Only then can the clock start of the one thousand years. A bit of a time gap would therefore make sense.

Matthew 25:31: “When the Son of man shall come in his glory, and all the holy angels with him, then shall he sit upon the throne of his glory: and before him shall be gathered all nations: and he shall separate them one from another, as a shepherd divideth his sheep from the goats:”

So all these people will get judged. What does He say to them after judgment? Look at verse 34: “Then shall the King say unto them on his right hand, Come, ye blessed of my Father, inherit the kingdom prepared for you from the foundation of the world.”

Judgment must happen first before the kingdom is received. Thus, it seems that this gap between the 1,290 days and the 1,335 is the judgment of the nations in Matthew 25. Therefore, it makes more sense to put the 1,335 days at the end of the tribulation rather than at the beginning.