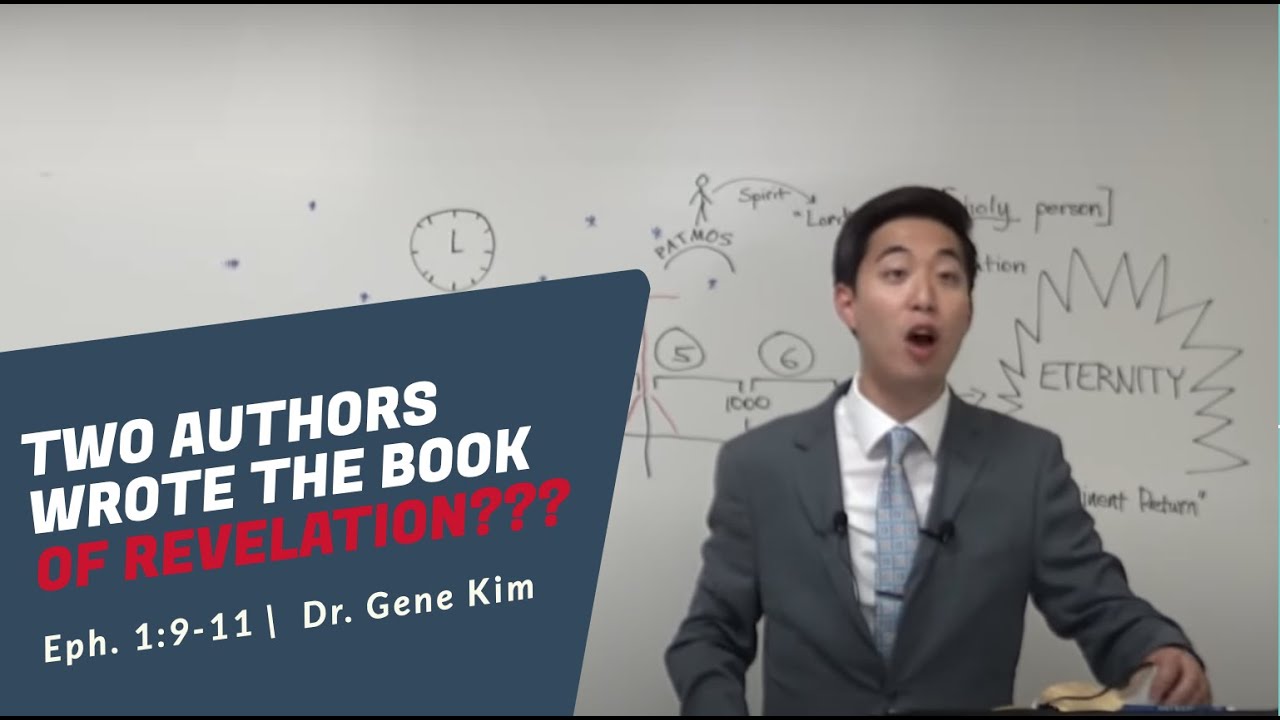 Revelation 22:10 “And he saith unto me, Seal not the sayings of the prophecy of this book: for the time is at hand.”

“And he saith unto me, Seal not the sayings of the prophecy of this book:”

The angel tells John, Don’t seal whatever is said in the prophecy of this book.

Why? Don’t close off prophecy to the people, they should now know.

But God told Daniel to shut it up. John is told that he’s supposed to not seal, he’s supposed to break off the seal and let it loose. The seal has been broken off because something was sealing it before. So the prophecy of this book wasn’t actually one book Revelation, it was prophecy itself. Daniel was writing the first half of this and the second half was covered by John. Revelation is basically the book of 2 Daniel, so to speak. What Daniel was writing was the first Revelation and John was writing the second Revelation.

Daniel 12:4 “But thou, O Daniel, shut up the words, and seal the book, even to the time of the end: many shall run to and fro, and knowledge shall be increased.”

All the way to the end, the book had to be sealed.

Daniel 12:8-9 “And I heard, but I understood not: then said I, O my Lord, what shall be the end of these things? And he said, Go thy way, Daniel: for the words are closed up and sealed till the time of the end.”

Daniel didn’t know but God knew. God asked Daniel to go his way and that the words are closed up and sealed until time of the end.

Revelation 22:10 says seal not for the time is at hand.

This is great evidence to a Jew where the New Testament is part of the Bible, not just the Old Testament. Because who is filling up that second half for Daniel then? Who is completing that? There’s a leftover in the book of Daniel that has to be completed.

“He that is unjust, let him be unjust still:”

If you’re unjust, God’s saying then remain that way.

“and he which is filthy, let him be filthy still:”

“and he that is righteous, let him be righteous still:”

But if you’re righteous, then remain righteous.

“and he that is holy, let him be holy still.”

Why? Because of Revelation 21:8, we’re past that. That fearful, unbelieving, all liars shall have their part in the lake which burns with fire and brimstone which is the second death. You got to understand that in eternity, sinners will remain sinners, there’s a point of no return. That’s why soul winning is important right now. But when you’re holy, you cannot lose it. Once you’re saved by the blood, once saved always saved and you remain that way.

For those of you who are not saved in Jesus Christ, now would be a great time because the last thing you’d want to hear is God saying ‘If you want to reject my Son, then reject my Son forever.’

Revelation 22:12 “And, behold, I come quickly; and my reward is with me, to give every man according as his work shall be.”

Notice how Jesus says in both verse 7 and 12, He doesn’t just say ‘I come quickly’, He says ‘Behold, I come quickly’. When He says behold, it’s like ‘Look!’. What does that mean? It means that a lot of people aren’t looking for the rapture.

“and my reward is with me,”

“to give every man according as his work shall be.’

That’s something you want to underline and know about your reward system. It’s a quality system, not quantity. How God will give the reward to every man is according to the work that you do for Him. 1 Corinthians 3, God will reward them according to what sort it is, the fire shall try every man’s work of what sort it is. It doesn’t matter if you led 10,000 souls to salvation. What was the quality behind it? Was it pride? Showing off? Building numbers? Then your quality stinks, it doesn’t matter how many souls you led to salvation.

Revelation 22:13 “I am Alpha and Omega, the beginning and the end, the first and the last.”

Remember alpha and omega are the beginning and the last letters of the Greek alphabets.

“the beginning and the end, the first and the last.”

Jesus is always is from the beginning to the end of time, He’s always there.

Revelation 22:14 “Blessed are they that do his commandments, that they may have right to the tree of life, and may enter in through the gates into the city.”

This is proof that there is a work system for salvation.

“Blessed are they that do his commandments,”

You are blessed if you do His commandments.

“that they may have right to the tree of life,”

So you have access and right to the tree of life if you keep His commandments.

“and may enter in through the gates into the city.”

The ones who are keeping His commandments are those who are the Millennial saints, the people who are entering eternity, this is all based on a work system over here. The verse says you have access to the tree of life and entering to that gates of the city if you keep His commandments, blessed are you when you do that. That’s work for salvation.

When these cults start using these verses that you have to do the commandments for your salvation, and you’re in self-denial saying that ‘No, how I read it is faith alone’ then the cults are not going to listen to you, they think you’re twisting the scripture and rightfully so because you’re being dishonest while reading the verse. But imagine that you tell the cult person, ‘Look at that passage, that’s in the book of Revelation. What time period is that? That’s during the time period of the Millennium, that’s not for the church age. We’re already raptured to heaven, we’re taken care of, it’s a done deal. But not the people at the Millennium.’.