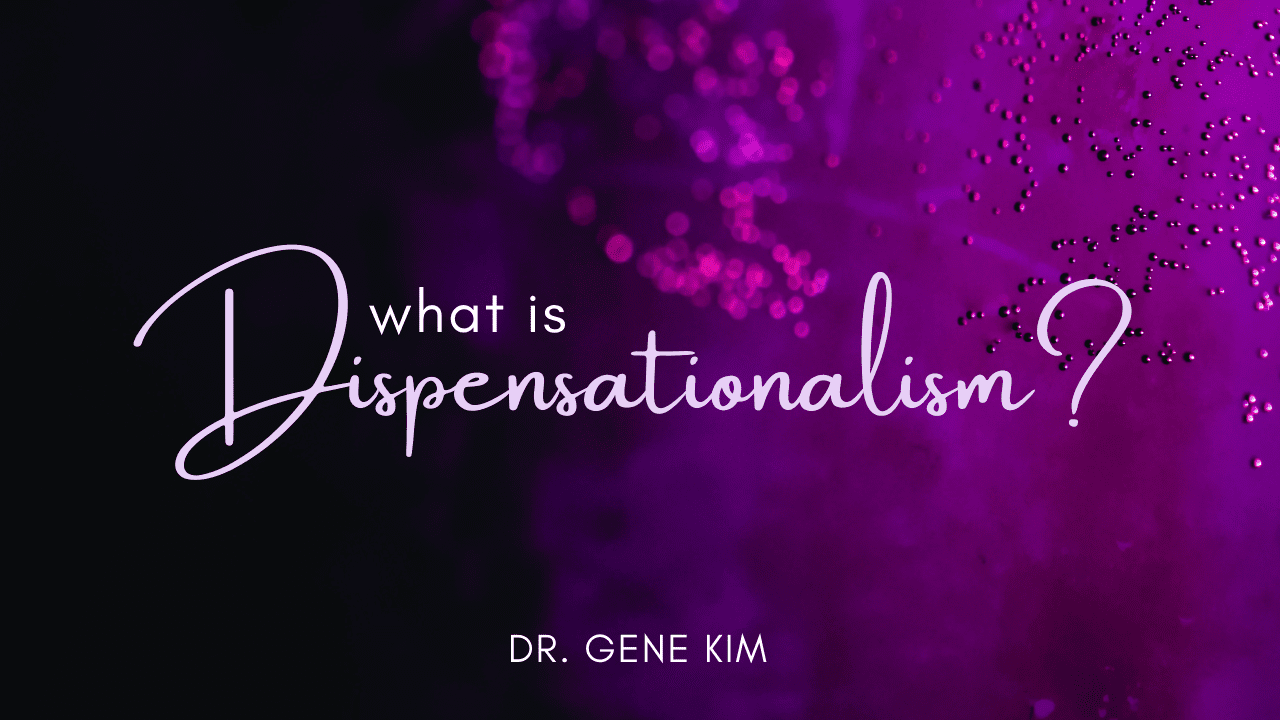 Dispensationalism is the most important subject in studying the Bible. Without this doctrine, we will fall into heresy.

Dispensationalism is the act of dealing out to different persons or places, according to Webster 1828. This could also include different time periods.

That which is dispensed or bestowed; a system of principles and rites enjoined; as the Mosaic dispensation; the gospel dispensation; including, the former the Levitical law and rites; the latter the scheme of redemption by Christ.

In the Bible, we will find that God deals with different groups of people, places, and time periods. We are not to take every word of God and apply it to us.

Simple reasons why we need dispensationalism

About keeping Sabbath, there are Bible passages that command the keeping of the Sabbath and, in others, not to keep the Sabbath. It can be that the Bible is speaking to different groups of people.

There is a long list of commandments in the Bible. How are we to know which is written to which group of people?

It is common sense to read the Bible that it was intended for different groups of people and time periods.

How do we know which Bible passages apply to Christians in the church age? When it completely contradicts a Christian on what the Bible says, we know it cannot apply to us.

The occurrence of the word “dispensationalism” in the Bible

Colossians 1:25 “Whereof I am made a minister, according to the dispensation of God which is given to me for you, to fulfil the word of God;”

Some scholars claim that dispensationalism means a period of time but this is wrong. God is the Alpha and Omega, He has no beginning or ending, and there is no such thing as the time period of God. Dispensation would mean an arrangement or an order.

Colossians 1:26 “Even the mystery which hath been hid from ages and from generations, but now is made manifest to his saints:”

Some people put a period of time, like the church age. There are four different salvations in this time period, so God gives things differently, even in one time period.

Rightly dividing the word of truth

2 Timothy 2:15 “Study to shew thyself approved unto God, a workman that needeth not to be ashamed, rightly dividing the word of truth.”

The Bible says, study to show thyself approved unto God. Christians are told to study spiritual things. One should not be ashamed of studying so hard. This hard study is rightly dividing the word of truth. It is a necessary requirement to divide the Bible.

Anti-dispensationalists will claim that this verse means dividing the Bible from wrong doctrine.

2 Timothy 2:14 “Of these things put them in remembrance, charging them before the Lord that they strive not about words to no profit, but to the subverting of the hearers.”

It is clear from the preceding and other verses within the same chapter that Paul was warning them that without rightly dividing the word of truth, we will get wrong doctrines, “the resurrection is past already.”

2 Timothy 2:16-18 “But shun profane and vain babblings: for they will increase unto more ungodliness. And their word will eat as doth a canker: of whom is Hymenaeus and Philetus; Who concerning the truth have erred, saying that the resurrection is past already; and overthrow the faith of some.”

Some might say, how do we know which way of (the anti-dispensationalists or dispensationalists) interpreting the Bible is correct? It’s simple – we read it as the word of God says. 2 Timothy 2:15 says to “rightly divide the word of truth.” It does not say to divide from wrong doctrines.

We can also use scripture with scripture. In the other instances where the Bible used the word “divide,” it was always to divide something literally:

Modern Bible versions make a big mess out of this important verse 2 Timothy 2:15

Another objection that non-dispensationalists like is to use Greek and Hebrew. The majority of Greek lexicons will refer to “thotopmoonta” or to straightly cut and divide. Indeed, it can sometimes mean to handle things rightly, but that is a minority.

2 Corinthians 4:2 “But have renounced the hidden things of dishonesty, not walking in craftiness, nor handling the word of God deceitfully; but by manifestation of the truth commending ourselves to every man’s conscience in the sight of God.”

There is a way of being dishonest, not walking in craftiness. Paul says, “I’m a genuine Bible teacher. I’m not crafty, deceitful, because I don’t handle the Word of God deceitfully.” But, many Bible teachers handle the word of God to their liking, which is deceitful.

Everyone is a dispensationalist.

Some people do not dispensationalize it. They’re called the Jesus-only cult movement. They argue that there’s one God, but He has three different names. But, this argument does not stand in the story of the baptism of Jesus Christ. God the Father speaking from heaven, the son on the earth, and the Holy Spirit coming like a dove. We need dispensationalism.

The second proof: Christians in the church age do not believe in stoning a person to death if they took God’s name in vain. To do that, you have to agree that there was a dispensation of Old Testament laws, which is different from the church age.

The third proof: Even the Jewish people who used to make animal sacrifices in the Old Testament are no longer practicing them now.