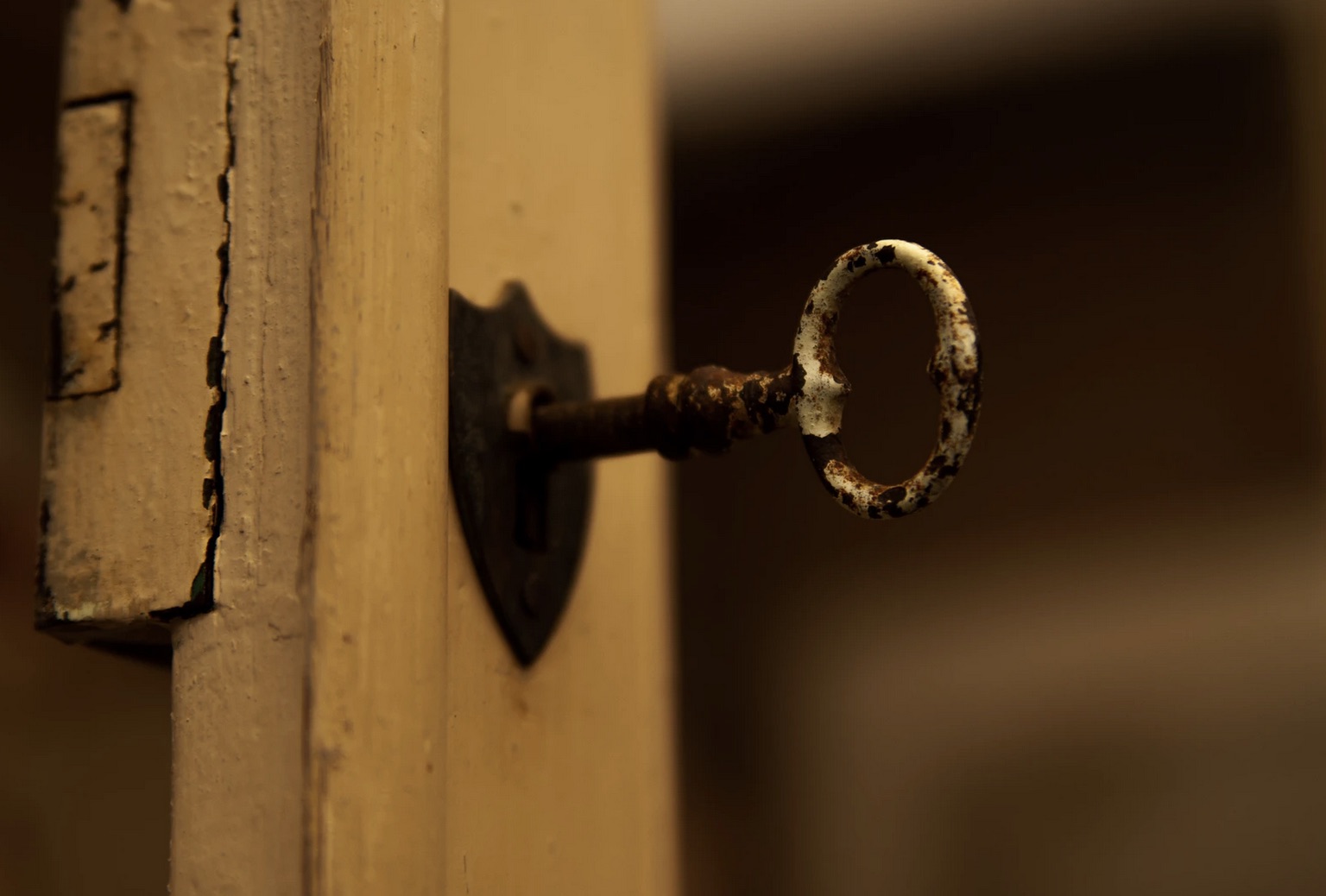 Revelation 3:6 “He that hath an ear, let him hear what the Spirit saith unto the churches.”

You all got ears? Pay attention now to what the spirit is telling you guys.

“And to the angel of the church in Philadelphia write;”

It’s like an ambassador of the States would come over to a different nation and the nation would talk about what is the nation’s problem here, this is what you guys need to finish. Even though the other nation is speaking directly to this ambassador, it is in a sense speaking to the nation that the ambassador is representing.

“These things saith he that is holy,”

Jesus is holy and He’s going to say these particular things.

Jesus is faithful and true.

“he that hath the key of David,”

“he that openeth, and no man shutteth;”

So this key of David, this magic key, it’s supposed to open whatever door it opens and no one can shut it.

“and shutteth, and no man openeth;”

If you have this key, you can shut and lock the door and no one can open that.

What is this key of David?

That’s why double application is very important and everything’s going to make sense. If you put it only in one application, it’s going to be confusing.

The phrase says ‘key of David’. That sounds like a Jewish phrase, there’s no doubt that it’s going to be something Jewish here. So let’s see how it would apply to Israel in this case.

Keep in mind that Jesus is the one who’s holding the key of David here. Jesus the Messiah. Look how the Old Testament talks about this Messiah figure here.

Isaiah 22:20-22 “And it shall come to pass in that day, that I will call my servant Eliakim the son of Hilkiah: And I will clothe him with thy robe, and strengthen him with thy girdle, and I will commit thy government into his hand: and he shall be a father to the inhabitants of Jerusalem, and to the house of Judah. And the key of the house of David will I lay upon his shoulder; so he shall open, and none shall shut; and he shall shut, and none shall open.”

Verse 20 – ‘my servant Eliakim the son of Hilkiah:‘ whoever this person is.
Verse 21 – this sounds like a Messiah figure that the Jews have been waiting for. There is a verse in Isaiah 9 that talked about Jesus the Messiah, that the government shall be upon His shoulder. So this could be referring to a Messiah figure, Jesus. The latter part of verse 21 is true, Jesus Christ or the Messiah is a father figure of the Jewish people because God is.
Verse 22 – this verse answers the question. In Revelation 3, Jesus has the key of David. Isaiah 22 talked about a Messiah figure, this means that Jesus is the Messiah.

Jesus has the key of David where it shuts and no man can open, open and no man can shut. In Isaiah 22, the pastor cannot say for certain if this is referring to Jesus Christ but there’s a lot right here concerning through the person of Eliakim that this is some sort of Messiah figure. There is no doubt about that, if we were to compare that with Revelation 3, it really looks like Jesus Christ. The  fact is that Jesus is the one who has the key of David and the Jews cannot have access to this unless they go through Jesus Christ.

What does this mean then? If there is a door that a person can go in and out, that means with the door you’re supposed to have a house. So it’s referring to a person entering inside this house. What is this house? Read verse 21 again, ‘the house of Judah. And the key of the house of David’ so it’s entering inside David’s household.

So doctrinally, when we look at Revelation 3, when God is speaking to the representative of the church of Philadelphia, He’s saying that this particular location here, He’s given them the key of the house of David that they can enter in.

This is a doctrinal application to the tribulation. These tribulation saints in the locality of Philadelphia region, are the people who are able to become a part of God’s house because the house of David must rule in the Millennium. God promised the house of David: the kingdom shall be established, there shall be no end. That’s referring to the Millennium. The tribulation saints, particularly in the Philadelphia region, are given this entrance because of their faithfulness and that’s why they’re definitely going to be ruling with the nation of Israel at the Millennium.

Because this is referring to a prophetic timeline and a doctrinal application to the tribulation, what must be understood is that when God is speaking about the seven regions: Ephesus, Smyrna, Pergamus, Thyatira, Sardis, Philadelphia, Laodicea, remember that there were 3 applications here:
1. It was speaking to literal local churches at that time
2. It was carrying a prophetic application so then we applied a doctrinal application to tribulation saints
3. Spiritually, Christians can learn something here and these localities would be referring to different church age timelines.

It is undoubted when you read prophecies in the Bible, God would be speaking to a particular location such as Bethelem or Jerusalem or Israel, but when He’s speaking to that location, He would be speaking about the locality of that time (historical application) but because it’s a prophecy, it will carry on into the future as a doctrinal tribulation application.

You better do that with Revelation because Revelation is the book of prophecy and it already told you that at the first five verses of Revelation 1. That’s why this application makes sense, you have to do doctrinal, historical, and spiritual applications.