Who are the two witnesses in tribulation? Compelling evidence for Moses and Elijah (Rev. 11:4-6) 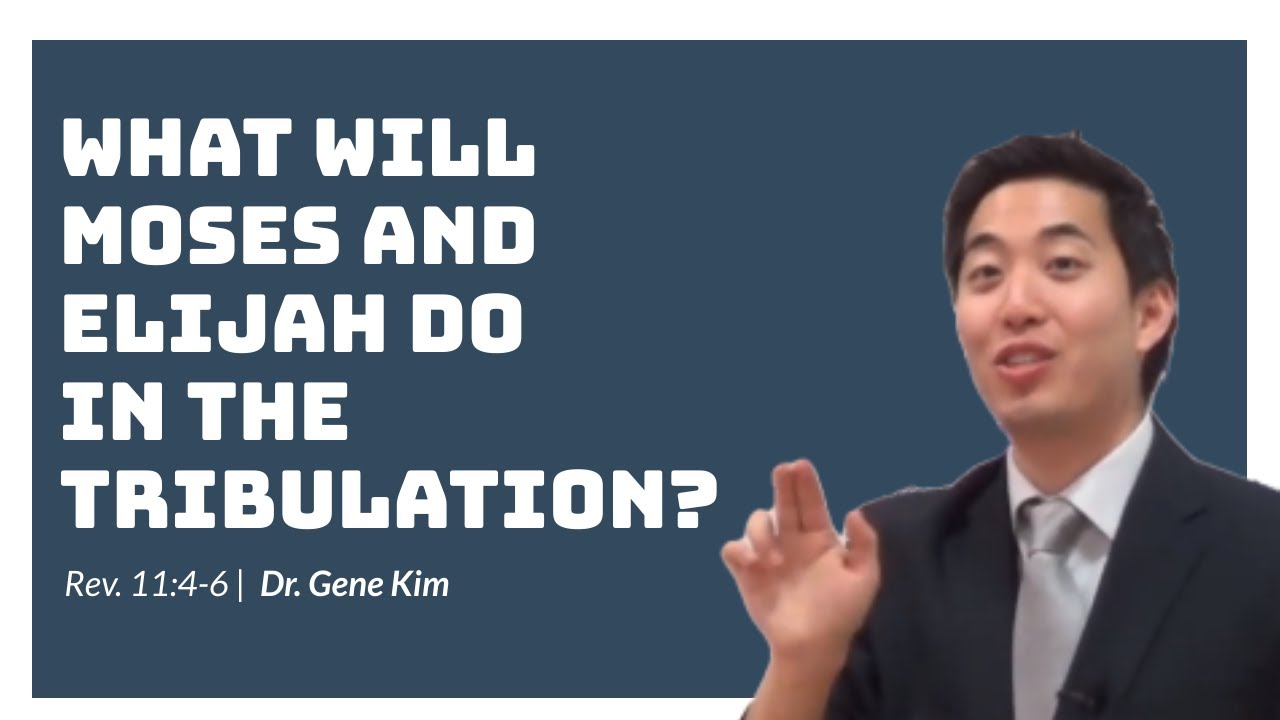 Revelation 11:3: “And I will give power unto my two witnesses, and they shall prophesy a thousand two hundred and threescore days, clothed in sackcloth.”

“and they shall prophesy a thousand two hundred and threescore days,”

This supports the 3.5 years length again: 1260 days. A biblical month is 30 days, and that’s proven if you look at the book of Genesis with Noah. When the rain fell down, and the waters abated, comparing the days with the months shows that 30 days equals one month. So 1260 days is equals 3.5 years. So then that makes sense even more that these two witnesses are coming down at that timeline.

So these two witnesses prophesy for 1260 days.

Notice that they’re clothed in sackcloth, they’re in mourning.

Look back at Matthew 24. Something happened. The Jews were persecuted. That’s why they’re mourning for their own people. Matthew 24:15 mentions the abomination of desolation spoken by Daniel in Jerusalem.

Matthew 24:16-19: “Then let them which be in Judaea flee into the mountains:Let him which is on the housetop not come down to take any thing out of his house: Neither let him which is in the field return back to take his clothes.And woe unto them that are with child, and to them that give suck in those days!”

We can see why they’re dressed in sackcloth during this time, because the Jews, their people, are being slaughtered, persecuted. We saw the human sacrifices for the Antichrist in Revelation 6. Cannibalism is spreading. Interestingly, which religion believes in eating the body and drinking the blood? The Roman Catholic Church. In Revelation 6, we also saw that the Antichrist is a pope. His bride, his city, is Babylon, which is Rome will be expounded in Revelation 17-18.

Revelation 11:4: “These are the two olive trees, and the two candlesticks standing before the God of the earth.”

Whoever these two witnesses are, they’re known as two olive trees, and two candlesticks.

There’s a recent trend that’s going on where people try to act smart and claim that this refers to Jews and Gentiles. No, that’s not true because it says two witnesses at Revelation 11:3.

If you look throughout the Bible, two witnesses mean two individuals. Not only that, if you think that’s referring to Gentiles, then what are you going to do with verse 2 where the Gentiles are trotting it underfoot.

“And if any man will hurt them,”

Remember these Gentiles and the Antichrist people who take over Jerusalem. They’re going to try to hurt these two witnesses.

“fire proceedeth out of their mouth, and devoureth their enemies: and if any man will hurt them, he must in this manner be killed.”

Notice fire comes out from their mouth and consumes the Antichrist army. That’s going to be quite a scene. People might be thinking, a Christian can’t be doing things like that and claim that it’s so mean for God to do that. But, no, God showed them enough love and grace. Justice has to be served.

So then, think about what character in the Bible was able to call down fire from heaven and burn the enemies?

Revelation 11:6: “These have power to shut heaven, that it rain not in the days of their prophecy: and have power over waters to turn them to blood, and to smite the earth with all plagues, as often as they will.”

“These have power to shut heaven, that it rain not in the days of their prophecy:”

On the days when they are to prophesy to the people, rain is not going to pour. They will be down there for 3.5 years.

Which biblical character in your Bible was able to shut off rain during the timeline of three and a half years?

“and have power over waters to turn them to blood,”

What biblical character in your Bible was able to turn water into blood?

“and to smite the earth with all plagues, as often as they will.”

So they hit the earth with all sorts of plagues as often as they want.

Notice that this says ‘smite,’ as if you’re using some object to cause to plague.

What biblical character most often uses this object to smite things to cause plagues throughout the land?

So we have our answer here. You don’t need more than that. You just need that chapter alone to find out the two witnesses. God already showed it to you. You don’t have to show off your knowledge and try to be even better than God.

So it’s already pretty obvious over here that it’s referring to Moses and Elijah, but let’s look at scripture with scripture to support this.

We see the identities of these two witnesses more and more. They are undoubtedly Moses and Elijah. It was proven within the same context of Revelation 11, and we’re also going to look at Malachi 4.

Malachi 4:4: “Remember ye the law of Moses my servant, which I commanded unto him in Horeb for all Israel, with the statutes and judgments. Behold, I will send you Elijah the prophet before the coming of the great and dreadful day of the LORD:”

Before God comes down at the end of the tribulation, He’s going to make sure to send Elijah beforehand. Then He mentioned another name: He told them during the timeline, when Elijah comes down, they got to remember the law of Moses. So there’s no doubt that these two people are the crucial play.

Some people will say that Moses died, so he doesn’t qualify. But like we’ve said before, where did the Bible say that has to be the qualification? He never said that. By the way, here’s something interesting. Moses died, yes, but he and Elijah shared a strong similarity. What was different from Enoch is that Moses and Elijah had people trying to search their bodies, but they couldn’t find him, that’s what the Bible texts say, but it did not say that people were trying to search for Enoch’s body.

No one could find his body. They tried to find it but couldn’t.

Also, notice the latter part of Revelation 11:4, “standing before the God of the earth,” the scriptures also match with Moses and Elijah. They’re the ones who stood before God.

Exodus 33:20-23: “And he said, Thou canst not see my face: for there shall no man see me, and live.And the LORD said, Behold, there is a place by me, and thou shalt stand upon a rock:And it shall come to pass, while my glory passeth by, that I will put thee in a clift of the rock, and will cover thee with my hand while I pass by:And I will take away mine hand, and thou shalt see my back parts: but my face shall not be seen.”

Here, God is speaking to Moses and that Moses stood before God.

1 Kings 17:1 “And Elijah the Tishbite, who was of the inhabitants of Gilead, said unto Ahab, As the LORD God of Israel liveth, before whom I stand, there shall not be dew nor rain these years, but according to my word.”

“before whom I stand,”: Elijah is standing before God as well.

So no doubt, we see that it is Moses and Elijah. It is not Joseph Smith’s Book of Mormon and the Bible. It’s not Enoch and Elijah.

Going back to Revelation 11, we see here that this will be quite a scene where the Jews will get their massive support from these two witnesses. If Revelation 10 is where we talked about Jesus showing His appearance to them, some hero or savior figure might show up later on, these Jews are going to get a lot of backup.

Why? Because they’re versing against the Satanic Trinity. They’re going to need all the help that they can get.