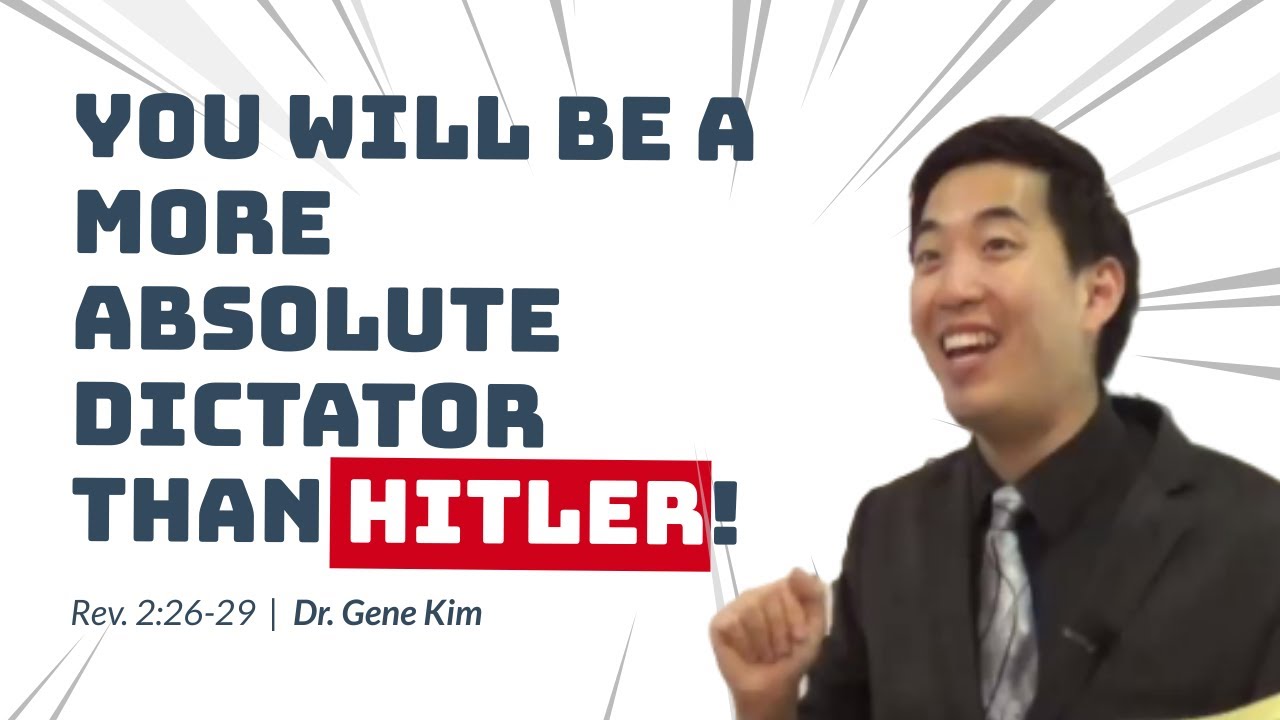 Revelation 2:26 “And he that overcometh, and keepeth my works unto the end, to him will I give power over the nations:”

“And he that overcometh,”

If you overcome (remember that’s a tribulation thing), so you’re overcoming, you’re conquering.

“and keepeth my works unto the end,”

That really sounds like tribulation, doing works all the way to the end for your salvation.

“to him will I give power over the nations:”

The tribulation saints will have the power to rule over nations if they overcome and keep works to the end.

Mathew 24:13 “But he that shall endure unto the end, the same shall be saved.”

Hebrews 4:10-11 “For he that is entered into his rest, he also hath ceased from his own works, as God did from his. Let us labour therefore to enter into that rest, lest any man fall after the same example of unbelief.”

This faith requires works all the way to the end.

A lot of people wrongly apply this to Christians today, thinking that the true Christian faith will have works all the way to the end to prove that you’re saved. No, there are plenty of verses in the Bible where people’s faith in their work-life was pretty poor and they can die pretty poor in their works and they’re still saved Christians.

Why would this verse show that people saved by faith having works to the end? Because look at the title of the book, Hebrews is for God’s program with Israel, not with the Christian church. Not only that, if you look at Hebrews 1:1-2, the time period is tribulation. God is speaking in these last days.

Why is their salvation different from us? Because they have to resist persecution from the Antichrist by not taking the mark of the beast and you got to be willing to die for Jesus Christ.

How many Christians have denied the name of Jesus without going through persecution today in their Christian walk? Can any of you be willing to be tortured for the name of Jesus Christ? To be burnt at the stake without denying Him? If you deny Him, you’re considered lost at the tribulation. Obviously this doesn’t apply to us today, otherwise no one is saved here. Did you make a dedication to the Lord that you’re willing to be tortured for His name’s sake? If you didn’t, then that means you’re not saved according to this passage. That’s not true. It’s the tribulation saints who have to work to the end by resisting the torture and persecution of the Antichrist system during the tribulation timeline.

Revelation 2:27 “And he shall rule them with a rod of iron; as the vessels of a potter shall they be broken to shivers: even as I received of my Father.”

“And he shall rule them with a rod of iron;”

They’re going to be able to rule with a rod of iron. It’s a metaphorical phrase that means like strong military dictatorship. You’re going to have that kind of strong rule.

“as the vessels of a potter shall they be broken to shivers:”

Just like a pottery, you’re going to crash it to pieces with that rod. That’s how the people are under your rule, they’re going to be broken to shivers underneath your rod of iron.

“even as I received of my Father.”

Jesus says that’s going to be My rule from My Father.

Now obviously we don’t see this during this whole timeline of church age. The church age is the age of grace. Tribulation is known as wrath or the Lord’s day. The end of the tribulation is Millennium, God’s kingdom. That’s where He rules over the kingdoms of the earth. When He rules over this earth, He’s done with grace and mercy. He’s given them 2,000 years of grace, so He has 1,000 years doing what He wants to do. Why? Because He has the right to do so.

Here’s something interesting; these tribulation saints are going to be joining Him in that same kind of rule. If you look at Revelation 20, these tribulation saints who are beheaded by the Antichrist, they join Jesus’s reign. Guess who reigns with Jesus Christ when you read Romans 8? Saved Christians as well. So when Christians rule over the cities of the earth, they’re going to have to follow anything the Christians say because it’s done out of military dictatorship.

People will be complaining ‘Democracy! What happened to democracy?’. This is democracy today, are you happy? Are we all such happy people right now? But if we do it under the will and the whim of everything holy, nothing can go wrong and nothing is unfair. If you rule the way you want to do it at the Millennium while having a holy mind like Jesus Christ, nothing can go wrong and nothing is unfair. It’s going to be a perfect paradise. The only reason why it will be military and unfair to lost sinners is because they don’t have a holy mind, that’s why they think it’s unfair in their unholy, unclean mind. It’s intolerant, it’s bigoted, it’s narrow minded.

Revelation 2:28 “And I will give him the morning star.”

The morning star is Jesus Christ.

Revelation 22:16 “I Jesus have sent mine angel to testify unto you these things in the churches. I am the root and the offspring of David, and the bright and morning star.”

The verse also shows that Jesus is the morning star.

By the way, if you look at ASV, ESV, NIV, they gave Jesus’s title of morning star to Lucifer.

If you remember the context of Revelation, if they overcome then they’re going to rule with Jesus and they’re also going to receive the morning star as well. That means that Jesus Christ can only be with them depending upon their works. That shows the salvation in tribulation is different from us. Because no matter how many times we let Jesus down, the Bible says ‘grieve not the Holy Spirit of God, whereby we are sealed unit the day of redemption’. No matter how many times you grieve or let Jesus down, Jesus is still inside you. But these people at Revelation 22, they have to keep the works to the end if they’re going to retain Jesus within them. Why? Because Jesus is not going to be within a saint who caves into the mark of the beast system. The Holy Spirit is going to leave that person.

Revelation 2:29 “He that hath an ear, let him hear what the Spirit saith unto the churches.”

Do you all have ears? Then hear what the Holy Spirit is talking to you churches. Listen!