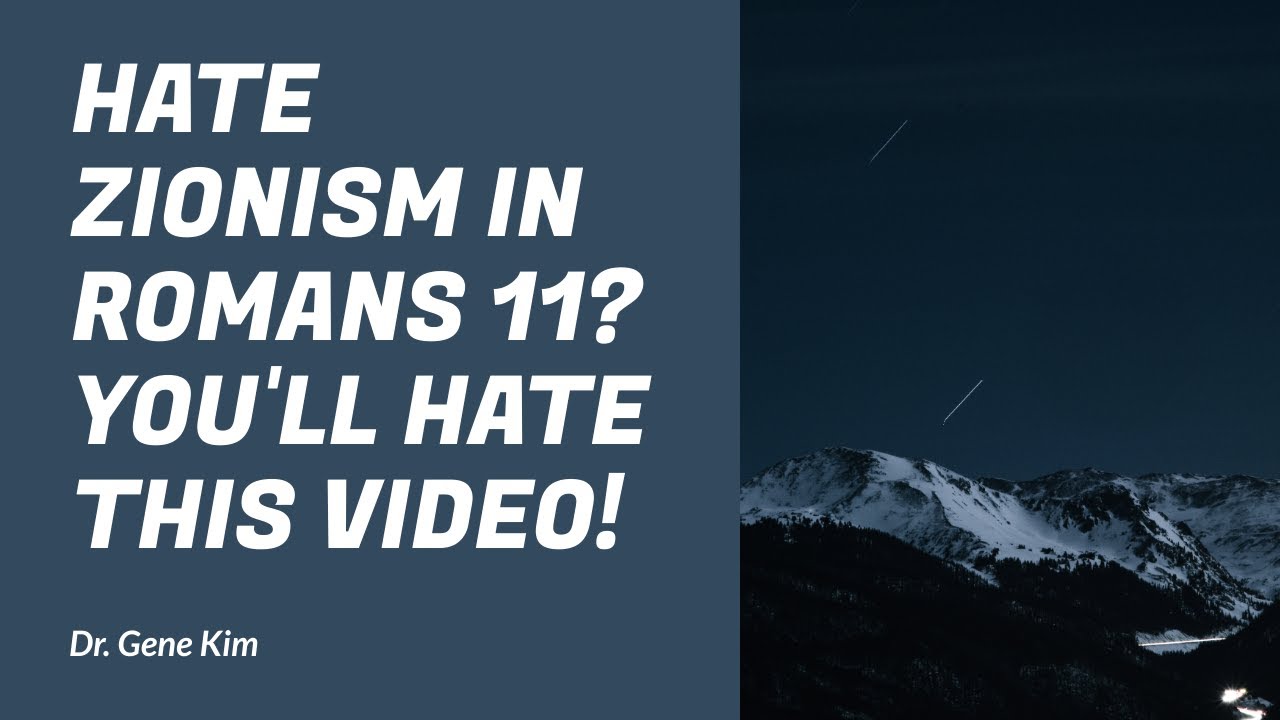 Replacement theology argues that Christian Church has replaced Israel, which is completely untrue. We believe that Israel and the Church are separate entities.

Israel has always been and still is a physical nation of God, and the Church is known as a spiritual Israel, which means that God deals with us spiritually, but with Israel physically.

Israel as a physical nation is still ongoing, but replacement theology will try to debunk this infamous passage as proven in Romans 11.

Romans 11:25: “For I would not, brethren, that ye should be ignorant of this mystery, lest ye should be wise in your own conceits; that blindness in part is happened to Israel, until the fulness of the Gentiles be come in.”

Don’t be ignorant of the mystery. The verse says that Israel is only temporarily cut off until some time in the future.

Romans 11:26: “And so all Israel shall be saved: as it is written, There shall come out of Sion the Deliverer, and shall turn away ungodliness from Jacob:”

So eventually, the nation of Israel will be saved, as God will deal with them again in the future.

Romans 11:27: “For this is my covenant unto them, when I shall take away their sins.”

The deliverer, God is going to turn away the ungodliness and the sins from Israel.

Romans 11:28: “As concerning the gospel, they are enemies for your sakes: but as touching the election, they are beloved for the fathers’ sakes.”

The Jews are considered enemies concerning their spiritual side. This is because they rejected the gospel of Jesus Christ. A physical Jew who is spiritually lost and considered a child of Satan will need to get saved like any other race and nation through our Lord Jesus Christ.

Romans 11:29: “For the gifts and calling of God are without repentance.”

Nonetheless, their physical side is still ongoing, as God has promised since their forefather Abraham. This is how we clearly distinguish the timeline and groups of people with the doctrine of dispensationalism.

Firstly, replacement theology proponents will attempt to use verse 26 to argue that Israel will convert to the Church, to Christianity. But the text says that ‘All Israel‘ which is not correct as we do not see all Jews converting to Christianity, is not possible.

In fact, we know that one of the hardest people to witness and soul-win to Jesus Christ is the Jews.

This means that ‘until the fulness of the Gentiles be come in,’ refers to the tribulation, not in the past, and not in the present. After the tribulation is over, God will cast unbelieving Jews into hell, and the leftover Jews will make up the nation of Israel.

Secondly, in verse 28, ‘but as touching the election,’ replacement theologists again argue that this election is not the Jews, it’s concerning Christian. Nearly every New Testament that mentions the elect refers to to the Christian Church. The latter part of verse 28 ‘they are beloved for the fathers’ sakes‘ means that God is asking Christians to love the Jews for our Father’s sake.

However, to debunk the heretical teaching that we can hate our enemies, as mentioned in the book of Matthew, it does not refer to the lost souls, but our personal enemies in our lives. But, it contradicts its own teaching when it comes to Romans 11:28 that we should love our enemies instead. This just screams hypocrisy and contradiction.

Notice that in verse 28, ‘they are beloved for the fathers’ sakes,’ the fathers are plural, not Father’s, which means it is not referring to God, but it is the Jews forefathers’ sake that is the Jews are still beloved by God. That is the literal interpretation to debunk the heresies. A comma precedes it; hence, the election also refers to the Jews, not Christians.

This is another passage that the replacement theologists like to use against dispensationalists and Bible believers, claiming that the elect is referring to the Christian Church. Jesus refers to the Jews as the elect here, not Christian.

Verse 15 has the answer.

Matthew 24:15: “When ye therefore shall see the abomination of desolation, spoken of by Daniel the prophet, stand in the holy place, (whoso readeth, let him understand:)”

There is no such thing as a physical holy place for Christians unless you are like the Catholic Church. The holy place spoken by Daniel the prophet in the Old Testament refers to a place for the Jews; Jerusalem the temple.

Matthew 24:16,21: “Then let them which be in Judaea flee into the mountains: For then shall be great tribulation, such as was not since the beginning of the world to this time, no, nor ever shall be.”

There are three mentions in Matthew 24 (Judaea, tribulation, Sabbath) that show us that the context refers to Jews. Then ‘elect’ as mentioned in verse 22 must also be about the Jews, not Christian. Again, dispensationalism is what will help us clearly distinguish the two groups of people.

Romans 11:28: “shows that the context is physical. Besides, verse 27 also indicates that God has made a covenant with the Israelites that He will one day take away their unrighteousness and sins.”

Verse 29 also tells us that God cannot change His mind because of the promise He has already made. Israel is not done.

Romans 9:3-4 is another supporting text.

Romans 9:3-4: “For I could wish that myself were accursed from Christ for my brethren, my kinsmen according to the flesh: Who are Israelites; to whom pertaineth the adoption, and the glory, and the covenants, and the giving of the law, and the service of God, and the promises;”

This matches with Romans 11 about God’s gifts and calling of God without repentance.

The replacement unwillingness to accept that the elects in Romans 11 and Matthew 24 refer to the Jews is because they have not received Jesus Christ. Hence, they are not saved. To help us understand and debunk that confusion, know that these two passages refer to future tribulation timelines.