How to Wrongly Divide the Bible 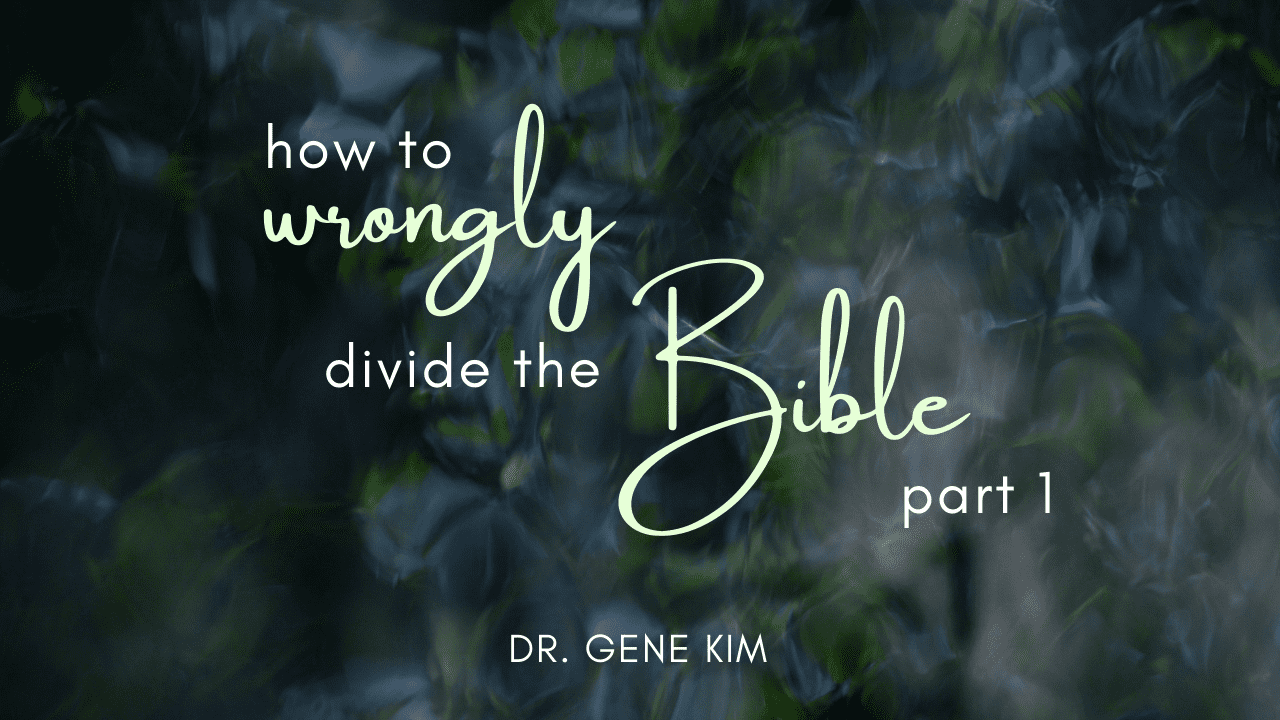 Jewish books of the Bible are not ALL Jewish; they are just primarily Jewish. They still have relevance and application for Christians. There is a heresy movement called the Mid-acts or Hyper-dispensationalists who believe that there was a specific time when God transitioned from the Jews to Gentiles. However, Bible believers believe that this process was a gradual process.

Here is a story that shows Paul (a minister to the gentiles) also ministering to Jewish people:

Acts 19:1-5: “And it came to pass, that, while Apollos was at Corinth, Paul having passed through the upper coasts came to Ephesus: and finding certain disciples, He said unto them, Have ye received the Holy Ghost since ye believed? And they said unto him, We have not so much as heard whether there be any Holy Ghost. And he said unto them, Unto what then were ye baptized? And they said, Unto John’s baptism. Then said Paul, John verily baptized with the baptism of repentance, saying unto the people, that they should believe on him which should come after him, that is, on Christ Jesus. When they heard this, they were baptized in the name of the Lord Jesus.”

The apostles likewise preached to Gentiles as well.

Acts 8:36-38: “And as they went on their way, they came unto a certain water: and the eunuch said, See, here is water; what doth hinder me to be baptized? And Philip said, If thou believest with all thine heart, thou mayest. And he answered and said, I believe that Jesus Christ is the Son of God. And he commanded the chariot to stand still: and they went down both into the water, both Philip and the eunuch; and he baptized him.”

Jesus’ ministry was primarily to Jews, but they were not receptive! But how did the Gentiles respond to His message?

Matthew 8:8: “The centurion answered and said, Lord, I am not worthy that thou shouldest come under my roof: but speak the word only, and my servant shall be healed. For I am a man under authority, having soldiers under me: and I say to this man, Go, and he goeth; and to another, Come, and he cometh; and to my servant, Do this, and he doeth it. When Jesus heard it, he marvelled, and said to them that followed, Verily I say unto you, I have not found so great faith, no, not in Israel. And I say unto you, That many shall come from the east and west, and shall sit down with Abraham, and Isaac, and Jacob, in the kingdom of heaven. But the children of the kingdom shall be cast out into outer darkness: there shall be weeping and gnashing of teeth.”

The Jews will be cast out, and the Gentiles will be welcomed.

Why was Paul’s ministry gradually turning from Jews to non-Jews? Because the Jews weren’t receptive! There was no specific time when God turned the ministry from the Jews to the Gentiles. It was a gradual process.

Matthew 15:22-28: “And, behold, a woman of Canaan came out of the same coasts, and cried unto him, saying, Have mercy on me, O Lord, thou son of David; my daughter is grievously vexed with a devil. But he answered her not a word. And his disciples came and besought him, saying, Send her away; for she crieth after us. But he answered and said, I am not sent but unto the lost sheep of the house of Israel. Then came she and worshipped him, saying, Lord, help me. But he answered and said, It is not meet to take the children’s bread, and to cast it to dogs. And she said, Truth, Lord: yet the dogs eat of the crumbs which fall from their masters’ table. Then Jesus answered and said unto her, O woman, great is thy faith: be it unto thee even as thou wilt. And her daughter was made whole from that very hour.”

What did Jesus tell the non-Jewish woman? This is proof that Jesus’ ministry was Jewish! This explains the transition of the ministry from the Jews to the Gentiles.

Romans-Philemon is addressed directly to Christian churches. As one goes through the rest of the Bible, one will be surprised how much non-Jewish material there is. Most of the general epistles were written after Paul, so it’s natural to find a lot of Christian doctrines there even though their upbringing was Jewish.

Romans 15:4: “For whatsoever things were written aforetime were written for our learning, that we through patience and comfort of the scriptures might have hope.”

Acts 15:7-11: “And when there had been much disputing, Peter rose, and said unto them, Men and brethren, ye know how that a good while ago God made a choice among us, that the Gentiles by my mouth should hear the word of the gospel, and believe. And God, which knoweth the hearts, bare them witness, giving them the Holy Ghost, even as he did unto us; And put no difference between us and them, purifying their hearts by faith. Now therefore why tempt ye God, to put a yoke upon the neck of the disciples, which neither our fathers nor we were able to bear? But we believe that through the grace of the Lord Jesus Christ we shall be saved, even as they.”

The apostles started seeing that the Gentiles can be saved the same way the Jews can, through the grace of the Lord Jesus Christ.

Acts 15:24: “Forasmuch as we have heard, that certain which went out from us have troubled you with words, subverting your souls, saying, Ye must be circumcised, and keep the law: to whom we gave no such commandment:”

Theapostles condemned works and believed that salvation came through faith alone in Jesus.

But, why did the apostles still write about the Jews? Because God is not done with His people!