Inside the Manna Are…HEADS OF LEVIATHAN! (Revelation 12:6) 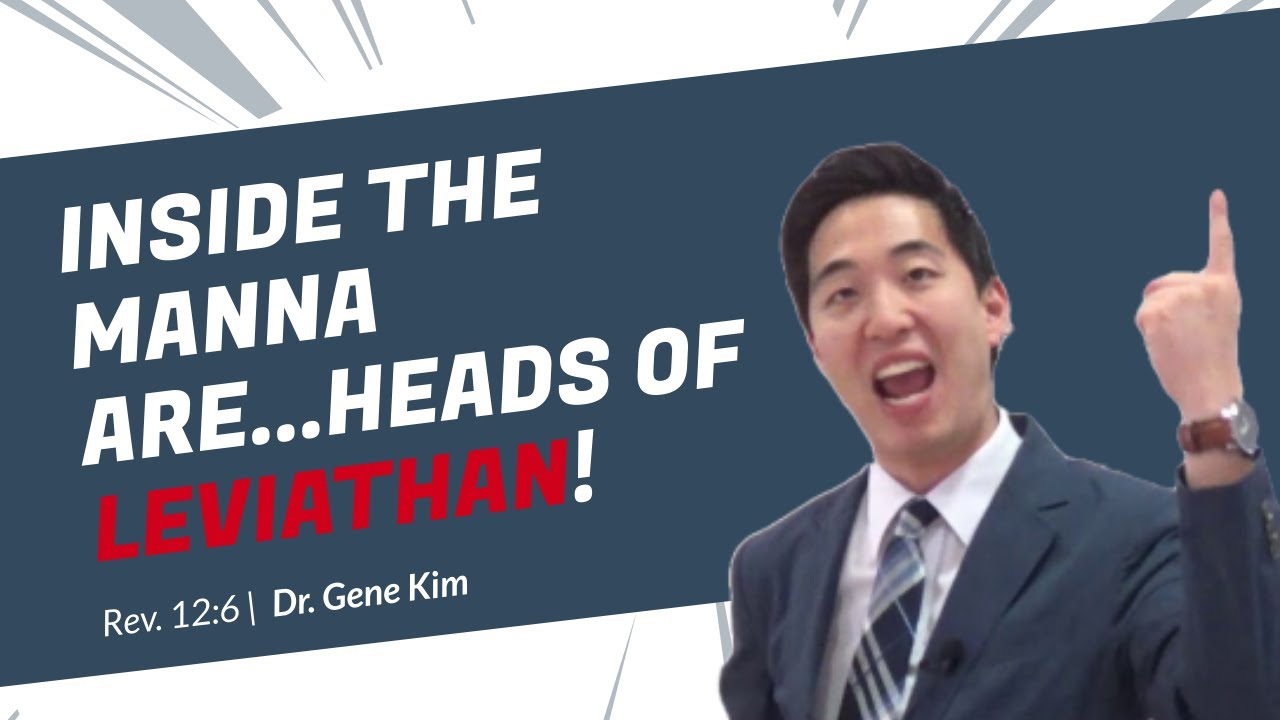 Revelation 12:6: “And the woman fled into the wilderness, where she hath a place prepared of God, that they should feed her there a thousand two hundred and threescore days.”

“And the woman fled into the wilderness,”

“where she hath a place prepared of God,”

God has something prepared for them where they’re going to flee towards in the wilderness. So the Jews are running away cause the dragon is chasing after them.

“that they should feed her there a thousand two hundred and threescore days.”

Micah 7:14 “Feed thy people with thy rod, the flock of thine heritage, which dwell solitarily in the wood, in the midst of Carmel: let them feed in Bashan and Gilead, as in the days of old.”

Micah’s telling God to feed his people. When will God feed His people? That’s at Revelation.

“with thy rod, the flock of thine heritage,” notice the wording sounds like a shepherd here, that sounds like David. That could be another supporting reference for David where David was known as a shepherd. Or it could be Jesus again too, because He’s known as a great shepherd.

“Feed thy people with thy rod,” That can be more specifically to God and Jesus, so that could be possible.

“the flock of thine heritage, which dwell solitarily in the wood, in the midst of Carmel:” They’re isolated. Why? Because the Bible says she fled to the wilderness, she’s going to a place where no one finds her.

Micah 7:15:“According to the days of thy coming out of the land of Egypt will I shew unto him marvellous things.”

It is the Jews and manna from heaven.

Matthew 4:11:“Then the devil leaveth him, and, behold, angels came and ministered unto him.”

1 Kings 19:5-6: “And as he lay and slept under a juniper tree, behold, then an angel touched him, and said unto him, Arise and eat. And he looked, and, behold, there was a cake baken on the coals, and a cruse of water at his head. And he did eat and drink, and laid him down again.”

This happened multiple times in the wilderness, so it’s natural to think that the angels would be the ones to feed.

Where does the manna come from?

Back to our main text, we know that the Jews are being fed with manna. It’s very important to understand where this manna is coming from. We do know that this is angel’s food but where, particularly, would manna be coming from?

The heads of the leviathan are representing these world powers. These heads and these powers who rule over the world during the tribulation persecute the nation of Israel. What they’re going to be doing is that when they persecute the Jews., they’re going to eat them like cannibals. Because they eat them up like cannibals, God gives them a payback. What He does is that He bashes the heads of Satan, which represents his world power, and literally, the head of the dragon, what comes out, a part of him is actually edible to eat, which is manna. Satan tried to devour the child in Revelation 12 and God’s going to pay them back by the Jews eating up the devil.

Psalms 74:14:“Thou brakest the heads of leviathan in pieces, and gavest him to be meat to the people inhabiting the wilderness.”

“heads” is plural. “him” singular. Satan who has multiple heads, gavest him to be meat to the people in the wilderness.