Is Gene Kim a Cult? 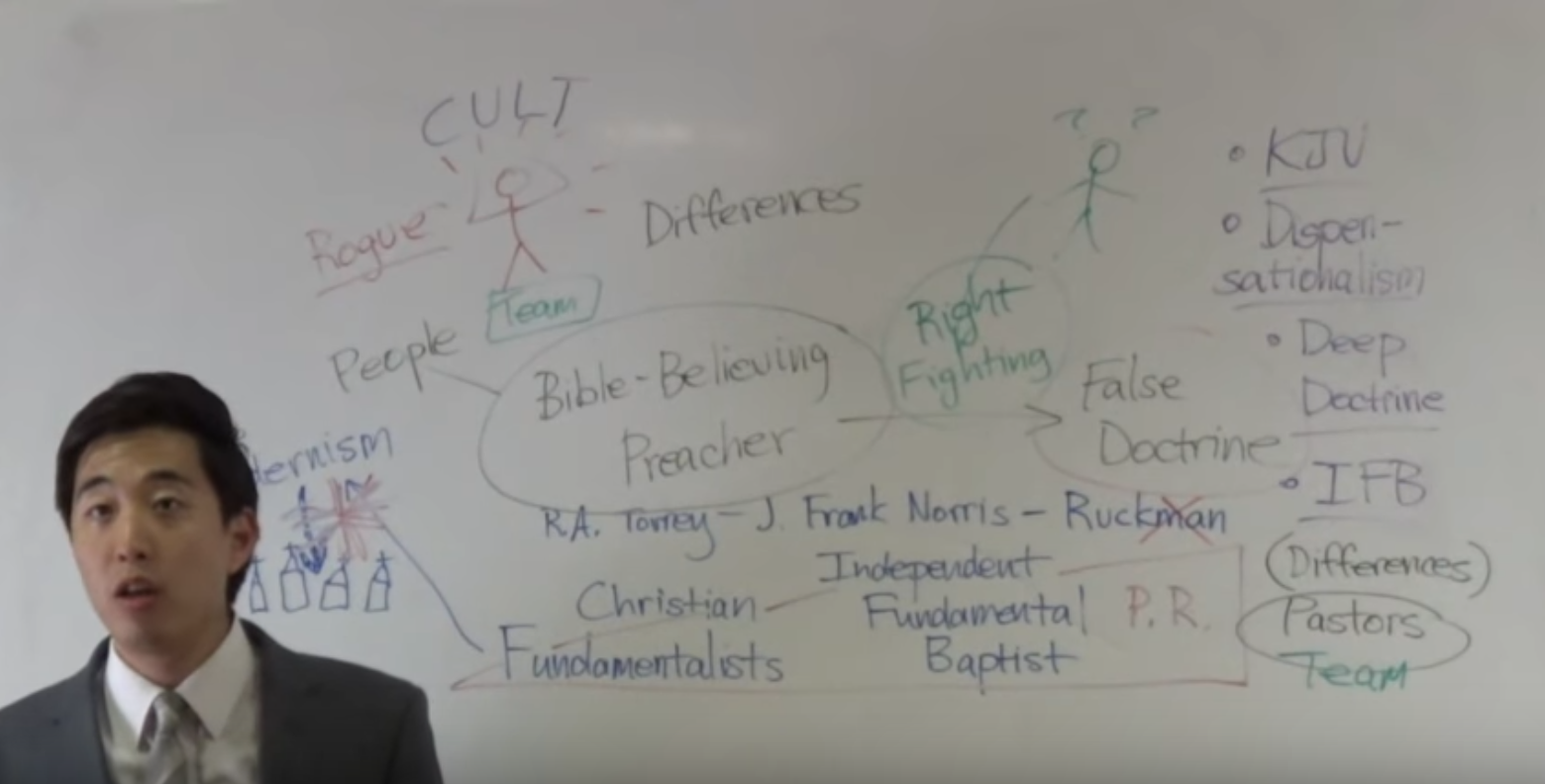 With so many false teachings in this day and age, Bible Believing preachers have the responsibility of exposing heresy and false doctrine to ensure that the correct doctrine is being taught. However, many people assume that these preachers want to cause a divide between believers when exposing these heretical doctrines and are, by consequence, confused as to what is right and wrong. The fact that there are many self-proclaimed Bible Believing preachers does little to narrow the scope of who is teaching the correct doctrine and becomes more difficult when considering online preachers.

To understand heresy, we have to look at history. In the times where modernism was rising, heresy was widely accepted in the church. During the same time, another group called fundamentalists, which consisted of Independent Fundamental Baptists (IFB) and believers from other denominations, fought against modernism to expose the heretical nature of their teachings. Fundamentalists’ R.A Torrey began the doctrine of the fundamentals while J. Frank Norris began the independent Baptist group. Dr. Ruckman also stemmed from the IFB group and his teachings were used to learn about deep doctrine and conspiracy by many preachers and believers. The key doctrines of the fundamentalists were the King James Bible being the perfect Bible, dispensationalism, delving into deep doctrine, and the IFB group, which are the same key elements that, throughout history, led to right doctrine.

Scripturally speaking, the arguments in favor of recognizing the King James Bible and dispensationalism as the right doctrine can be viewed in the Real Bible Believers playlists titled “Defending the KJV” and “Dispensationalism”. As for studying deep doctrine, IFB churches were afraid to study deep doctrine as opposed to charismatic and non-denominational groups, which is a problem when deep doctrine and conspiracies are a popular topic of interest for many believers.

Today, Bible believers do study deep doctrine and conspiracies. Generally speaking, the more one studies the more knowledge they have concerning a specific topic. In this case, it is the same with Bible Believers and their knowledge of the Bible. Their historical roots began with the IFB and there was a progressive revelation from God to study more as more things were revealed to them throughout the course of history.

In this day and age, many groups call themselves Bible Believers but are anti-KJV and anti-dispensationalism, which are two important aspects of being a Bible Believer. This is where discord and nitpicking occur and many subset movements arise as a result of not agreeing with what Bible Believing preachers say.

A good way to discern whether they teach the right doctrine or heresy is to look at their history to see if they have roots in IFB and are approved by IFB pastors. Thus, the ones that rebel against IFB are considered cults. A cult is distinguishable by a matter of difference in opinions between the leader and members, in other words, if a member goes against what the cult believes the member is considered lost and is asked to leave. Another way to spot a cult is to see if they know the teachings of preachers stemming from IFB and whether or not they consider them heretical. As Christians, we are not to pick fights among the body of Christ but are encouraged to maintain unity despite our differences, only exposing and fighting against wrong doctrine.