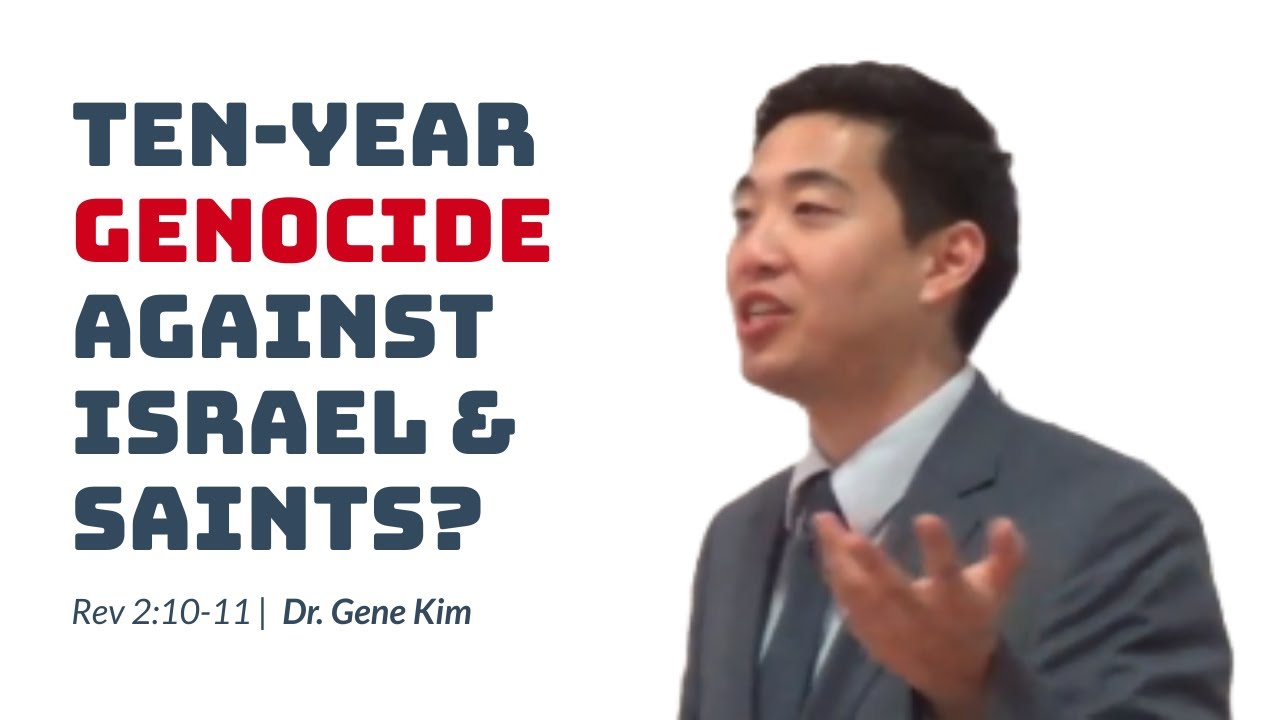 Revelation 2:10 “Fear none of those things which thou shalt suffer: behold, the devil shall cast some of you into prison, that ye may be tried; and ye shall have tribulation ten days: be thou faithful unto death, and I will give thee a crown of life.”

“Fear none of those things which thou shalt suffer:”

The church of Symrna is going through intense persecution, God’s telling them ‘Don’t fear the persecution’.

“the devil shall cast some of you into prison,”

That’s true, a lot of them were imprisoned.

“and ye shall have tribulation ten days:”

This group of people goes through ten days.

If we’re going to make this a spiritual application to the church age, this can be referring to the 10 great persecutions of that time, so that can match with prophecy.

You can’t be ignorant, especially when God quotes this kind of stuff in prophetic days. The book of Revelation is prophecy. A long timeline can be a day to the Lord and vice versa.

So this can refer to 10 official persecutions of that time, and they went through bloody persecutions.

“be thou faithful unto death,”

Be faithful all the way till the day you die.

“and I will give thee a crown of life.”

So they can earn a crown of life when they die for the name of the Lord Jesus Christ.

In James 1, it talks about a crown of life. The crown of life is referring to a crown of resisting trial and temptation, testing from the Lord. But if you die for the name of Jesus, this is God’s automatic reward for you.

Revelation 2:11 “He that hath an ear, let him hear what the Spirit saith unto the churches; He that overcometh shall not be hurt of the second death.”

Anybody who has an ear, that’s obviously everybody.

“let him hear what the Spirit saith unto the churches;”

This is why we put all this as a church application.

We’ve all heard, and we’ve learned a lot so far. He warned you about replacement theology and even if he was warning you about the modern-day nation of Israel, he is warning you about these guys as well. There’s a lot of people out there who are pretty much Jew worshippers, they think that the Jew can get an automatic ticket to heaven. That’s not how it works. A lot of churches are compromising with not just the Catholic church, but with Jews as well. This is why the Antichrist is going to be a Jew and Catholic by religion. Hear about those Black Hebrews, post-tribbers, Jehovah Witnesses who say that ‘I’m a Jew’ but really are Satan’s synagogue. Those that falsely teach that the church will go through the tribulation and go through persecution to get the crown of life. He that hath an ear, let him hear what the Spirit saith unto the churches.

“He that overcometh shall not be hurt of the second death.”

If you overcome, you’re not going to suffer the second death.

This is now going to be a tribulation context because remember that there are going to be two applications. Don’t neglect that and try to apply this only to Christian churches. That’s how you get the wrong doctrine.

Revelation 21:7-8 “He that overcometh shall inherit all things; and I will be his God, and he shall be my son. But the fearful, and unbelieving, and the abominable, and murderers, and whoremongers, and sorcerers, and idolaters, and all liars, shall have their part in the lake which burneth with fire and brimstone: which is the second death.”

If this is the case, then when we go backward at verse 10, it could be that Satan is casting these tribulation saints into prison and God’s giving them probably instead of days, there might be a difference where it could be years. So perhaps the tribulation could be ten years long, but the pastor is not trying to introduce something new or heretical, he is open to every single truth as he goes verse by verse. His position is to try to go be as traditional as possible, as Bible believers laid out before us because he is responsible for giving us the right doctrine.

So it could be a ten-year time span and these people are suffering persecution by going into prison. This matches with Matthew 25.

Matthew 25:34 “Then shall the King say unto them on his right hand, Come, ye blessed of my Father, inherit the kingdom prepared for you from the foundation of the world:”

When was God ever in prison?

Jesus is saying if you did this to my saved children, you did it to me. That’s why the people are asking at verses 37 through 39, when did we have to visit you in prison? So this could be referring to a tribulation timeline where they’re coming out over here.

Back to Revelation 2, at verse 9, remember the Antichrist is going to take over the nation of Israel and he is Roman Catholic. Is this showing you something dangerous about this teaching of replacement theology then? In the church age, this was a doctrine that promoted the Roman Catholic church eventually.

Then who is Revelation 2:9 really referring to? It is referring to the replacement theology guys whom the Antichrist will say ‘Hey, I’m a real Jew. We’re all real Jews under this one world religion, let’s kick out the modern-day nation of Israel, these fake Jews, and replace them’. And that’s verse 9 that God is warning you about, the synagogue of Satan. Why? Because Satan, the Antichrist, will take over their temple and their synagogue during the tribulation timeline.