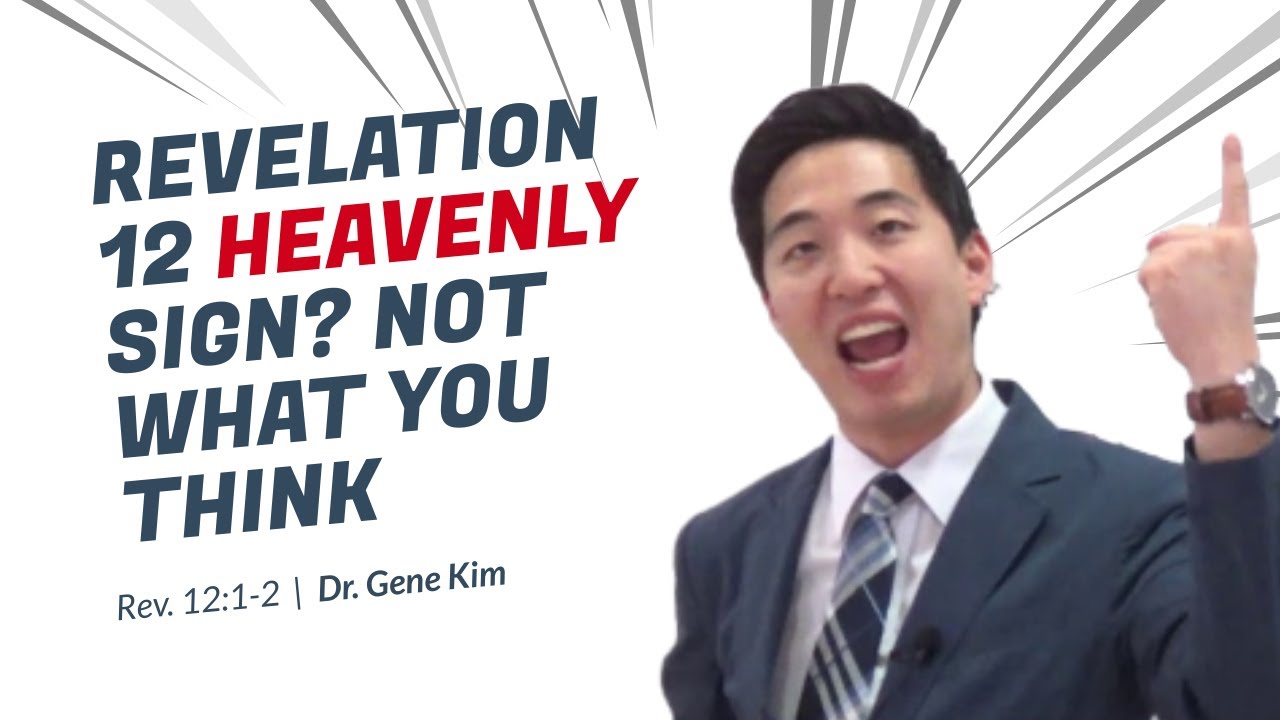 Revelation 12:1 “And there appeared a great wonder in heaven; a woman clothed with the sun, and the moon under her feet, and upon her head a crown of twelve stars:”

“And there appeared a great wonder in heaven;”

There’s another wonder in heaven going on.

“a woman clothed with the sun,”

Look at this woman clothed with the sun.

“and the moon under her feet,”

She’s got the moon under her feet.

“and upon her head a crown of twelve stars:”

Revelation 12:2 :“And she being with child cried, travailing in birth, and pained to be delivered.”

“And she being with child cried,”

She’s pregnant with this baby.

“and pained to be delivered.”

So she delivers this child in pain.

She is not the Virgin Mary

So who is this pregnant lady who’s about to give birth to a child, clothed with the sun with the moon underneath her feet? And upon her head are 12 stars.

Many people are going to say that this is the statue of the Virgin Mary, and they try to put this description of Revelation 12 to the virgin Mary. That’s why they call her the title ‘Queen of Heaven’ because in Revelation 12, there’s this beautiful woman up in heaven, and she’s crowned. So they decorate these statues with the moon underneath her feet, the sun around her head, etc.

These decorations for their statues refer to Semiramis if you go back to ancient Babylon. That’s a pagan idol. It’s not referring to Revelation 12.

The Queen of Heaven refers to a Devil

Queen of Heaven is not the virgin Mary, it is referring to a devil.

Pretend that the Catholic church did not even exist; wouldn’t you mistake Jeremiah 44:19 as a typical Catholic Sunday morning mass?

What religion burns incense to what they call the ‘Queen of Heaven’? What religion has a drink offering? And they call it an offering too. What religion partakes in cakes afterward? We know what this is. This is referring to pagan Ishtar Semiramis, and the Catholic church is that system.

The Identity of the Woman is Israel

Revelation 12:13: “And when the dragon saw that he was cast unto the earth, he persecuted the woman which brought forth the man child.”

Revelation 12:14: “And to the woman were given two wings of a great eagle, that she might fly into the wilderness, into her place, where she is nourished for a time, and times, and half a time, from the face of the serpent.”

Did that ever happen to Mary where she was given two wings where she can fly into the wilderness for 3.5 years? No.

Revelation 12:15: “And the serpent cast out of his mouth water as a flood after the woman, that he might cause her to be carried away of the flood.”

Satan never sends out a floor to chase after Mary.

Revelation 12:16: “And the earth helped the woman, and the earth opened her mouth, and swallowed up the flood which the dragon cast out of his mouth.”

This never happened to Mary.

This is not referring to Mary. This is a future timeline to the nation of Israel. Why? Because look at the description of moon, stars, and sun referring to Israel. It’s all the tribes of Israel, Jacob’s line.

Genesis 37:9-10: “And he dreamed yet another dream, and told it his brethren, and said, Behold, I have dreamed a dream more; and, behold, the sun and the moon and the eleven stars made obeisance to me. And he told it to his father, and to his brethren: and his father rebuked him, and said unto him, What is this dream that thou hast dreamed? Shall I and thy mother and thy brethren indeed come to bow down ourselves to thee to the earth?”

Jacob knew what that dream was referring to. It was referring to his whole family line, the Jews. Joseph has 11 brothers. There’s the 11 stars, 11 tribes, and Joseph is the twelfth tribe.

Jacob is the sun, and his wife is the moon. That’s everybody, the entire nation of Israel.

It makes sense that it’s Israel. Remember Revelation 6 and Matthew 24, who’s being persecuted? It’s the nation of Israel, Jacob’s line, that’s being persecuted by the Antichrist, so the dragon keeps chasing after her. That makes total sense. It’s a future application at a future timeline.

Back at Revelation 12, it says that she gave birth to this manchild in verse 2. So let’s suppose that’s referring to Jesus. If this is a reference to Jesus Christ about this manchild being born, notice that Jesus did take on the seed where he was born from. It is true that he was born from the nation of Israel.

Galatians 3:16: “Now to Abraham and his seed were the promises made. He saith not, And to seeds, as of many; but as of one, And to thy seed, which is Christ.”

Who is this one seed from Israel’s line? It is true, Jesus is of that seed.

Romans 1:3″ “Concerning his Son Jesus Christ our Lord, which was made of the seed of David according to the flesh;”

Revelation 12:3: “And there appeared another wonder in heaven; and behold a great red dragon, having seven heads and ten horns, and seven crowns upon his heads.”

“And there appeared another wonder in heaven;”

Here’s the next wonder in heaven.

“and behold a great red dragon, having seven heads and ten horns,”

Look at this creature, this being, this dragon. When he comes out, he comes with seven heads and ten horns.