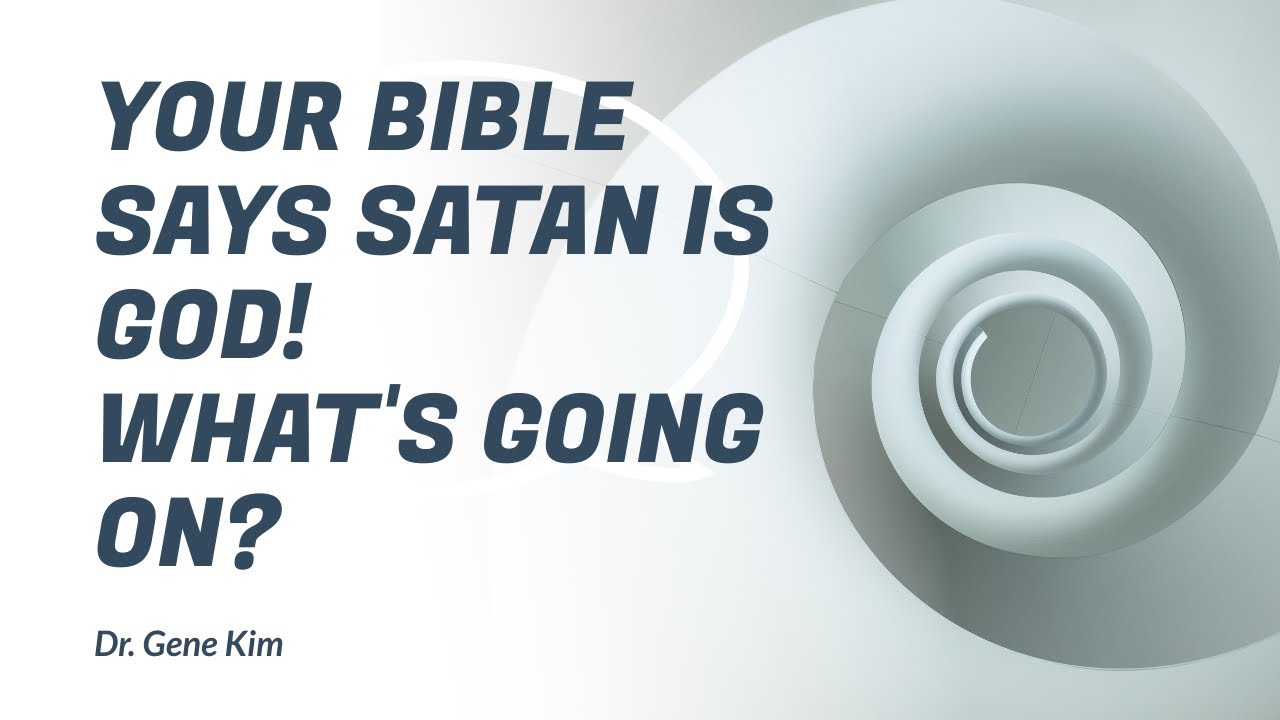 Your Bible says Satan is God! What is Going on?

The most popular modern Bibles are the NIV, ESV, NASB, NKJV, and the NLT. They try to hide their errors behind footnotes and other in-text explanations of their mangling of the Scriptures.

God of forces or fortresses?

Now, the modern Bible translation change this to God of fortresses.

Who do we believe that the church was built upon? Jesus! He is the rock!

Matthew 16:18, 23: “And I say also unto thee, That thou art Peter, and upon this rock I will build my church; and the gates of hell shall not prevail against it. But he turned, and said unto Peter, Get thee behind me, Satan: thou art an offence unto me: for thou savourest not the things that be of God, but those that be of men.”

1 Corinthians 10:4: “And did all drink the same spiritual drink: for they drank of that spiritual Rock that followed them: and that Rock was Christ.”

But modern Bibles say, “Peter, the rock!” But look back at verse 23. What does Jesus call Peter? Satan! Do we really believe that the church was built upon Satan?

God is the God of all ages, not this age only

Ephesians 3:21: “Unto him be glory in the church by Christ Jesus throughout all ages, world without end. Amen.”

2 Corinthians 4:4: “In whom the god of this world hath blinded the minds of them which believe not, lest the light of the glorious gospel of Christ, who is the image of God, should shine unto them.”

It’s Satan! Modern Bible translations are blasphemous to speak of God in this way and mix Him up with Satan.

Demons that were not God?

Deuteronomy 32:17: “They sacrificed unto devils, not to God; to gods whom they knew not, to new gods that came newly up, whom your fathers feared not.”

Modern Bibles say that they sacrificed to demons that were not God. Why do they have to say it like that? Are they saying there are demons that can be God?

The morning star is Jesus, not Lucifer

Isaiah 14:12: “How art thou fallen from heaven, O Lucifer, son of the morning! how art thou cut down to the ground, which didst weaken the nations!”

Revelation 22:16: “I Jesus have sent mine angel to testify unto you these things in the churches. I am the root and the offspring of David, and the bright and morning star.”

2 Peter 1:19: “We have also a more sure word of prophecy; whereunto ye do well that ye take heed, as unto a light that shineth in a dark place, until the day dawn, and the day star arise in your hearts.”

Revelation 22:16: “I Jesus have sent mine angel to testify unto you these things in the churches. I am the root and the offspring of David, and the bright and morning star.”

When the Antichrist comes out, he’s going to reject the one and only God. The modern Bibles say “gods.”

Daniel 11:7: “Neither shall he regard the God of his fathers, nor the desire of women, nor regard any god: for he shall magnify himself above all.“

The following verse, the modern Bibles capitalizes “He” in the Bible or the footnote. It doesn’t make it any clearer. Is Satan God?

2 Thessalonians 2:7: “For the mystery of iniquity doth already work: only he who now letteth will let, until he be taken out of the way.”

Bible Teachers Who Defend Lucifer to be Jesus!

In Latin, when you translate Lucifer into English, it means morning star. This is how modern Bible translators try to justify their wrong translations.

In the book of Job, angels are called morning stars. Lucifer’s name translated in Latin to “morning star.”

They also criticize the King James Bible as an inferior translation because they focus on Hebrew and Greek but not Latin. Yet they are using Latin in their argument of Lucifer as the morning star! They are hypocritical in their argument against Bible believers.

Lucifer in Hebrew is Heylel. Heylel in Hebrew is “light-bearer.” So, these modern Bible scholars are so hypocritical that they don’t even use their precious Hebrew in their argument here. Instead, they go to the Latin that they always call inferior. Even the Hebrew Old Testaments are able to separate Lucifer from being called morning star (Hebrew interlinear Old Testament, Reina Valera, Tanakh).

Matthew 8:28-29: “And when he was come to the other side into the country of the Gergesenes, there met him two possessed with devils, coming out of the tombs, exceeding fierce, so that no man might pass by that way. And, behold, they cried out, saying, What have we to do with thee, Jesus, thou Son of God? art thou come hither to torment us before the time?”

This story proves that Jesus would NEVER refer to any demon, especially Lucifer, as the same name as God.

Hebrews 1:5: “For unto which of the angels said he at any time, Thou art my Son, this day have I begotten thee? And again, I will be to him a Father, and he shall be to me a Son?”

He would never call Lucifer the “Morning Star” like He calls Himself. The demons call Him Son of God, but Jesus doesn’t respond by calling them the same thing.