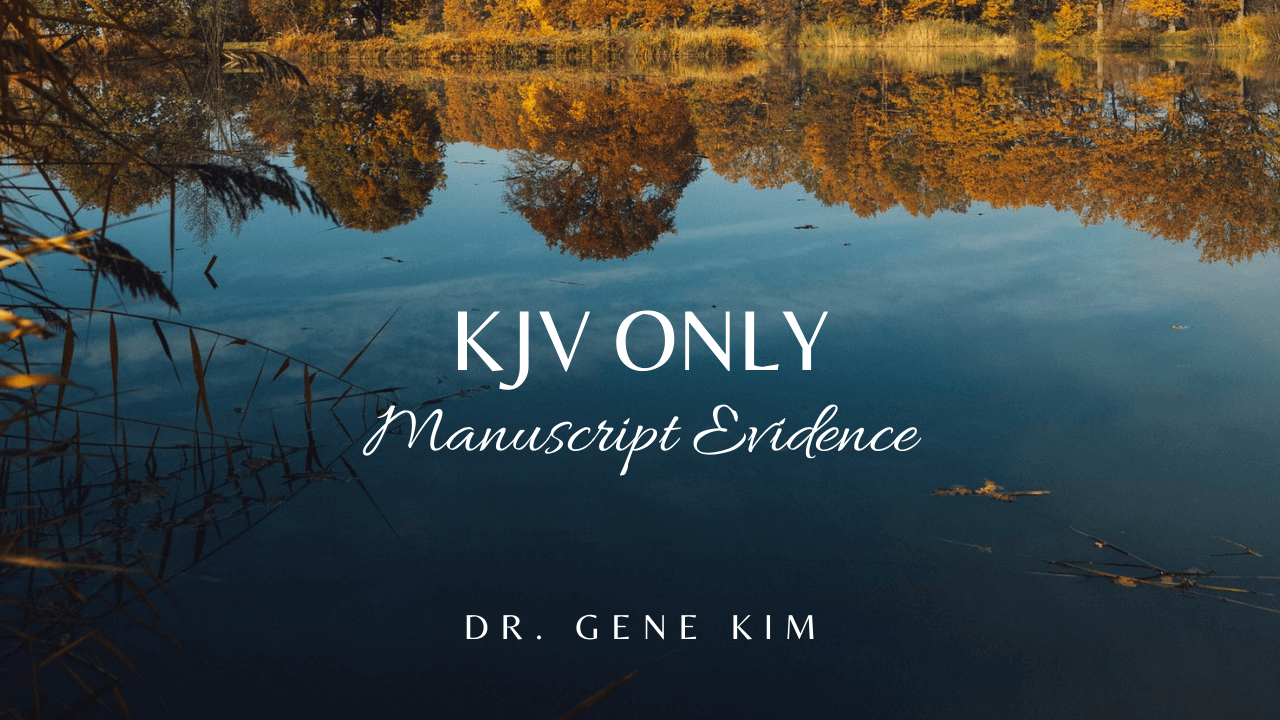 This article will show you a little bit of history and some common objections to the King James Bible issue. By understanding these facts, you can be more established on the two main foundations (KJV Only and Dispensationalism).

The modern Bibles are influenced by Alexandrian text. So among the scholastic world, there are four main family lines of manuscripts. Still, scholars will generalize to make things so simple that there are only two main lines – Alexandrian and Byzantine.

What does the Bible say about Byzantine (Antioch)?

Acts 11:19-23: “Now they which were scattered abroad upon the persecution that arose about Stephen travelled as far as Phenice, and Cyprus, and Antioch, preaching the word to none but unto the Jews only. And some of them were men of Cyprus and Cyrene, which, when they were come to Antioch, spake unto the Grecians, preaching the Lord Jesus. And the hand of the Lord was with them: and a great number believed, and turned unto the Lord. Then tidings of these things came unto the ears of the church which was in Jerusalem: and they sent forth Barnabas, that he should go as far as Antioch. Who, when he came, and had seen the grace of God, was glad, and exhorted them all, that with purpose of heart they would cleave unto the Lord.”

The Bible already gave you a clue if you want the closest area for the word of God. It is a matter of fact that that’s where the first Christians were called.

Acts 11:26: “And when he had found him, he brought him unto Antioch. And it came to pass, that a whole year they assembled themselves with the church, and taught much people. And the disciples were called Christians first in Antioch.”

What does the Bible say about Alexandria (Egypt)?

If you look up every verse in the Bible that talks about Alexandria, it’s a negative reference. Alexandria came from Egypt. There is nothing good about Egypt in the Bible. The NKJV brags that they came from Antioch and Byzantine manuscripts, but if we look carefully at the words, they do not all come from Antioch. Take a look at the previous post.

Some Independent Fundamental Baptist churches say that the Textus Receptus is correct and not the KJV, and that’s a red flag because they are always going to choose Textus Receptus over the KJV. A lot of these people are anti-semite and post-tribulation. They have gotten their doctrines wrong. But not only they are rabble-rousers who went rogue.

Between 85% to 99% of Greek manuscripts support Textus Receptus. Even so, they try to argue their way that Vaticanus and Sinaiticus are older texts. There are also statements from the church fathers that back up the Greek manuscripts.

The papyrus manuscripts are considered to be the oldest ever. But do you know where Papyrus comes from? Egypt – Alexandria.

But the argument that it is older doesn’t mean it’s better. If an older Bible is written by a satanist, does it make it better?

Look at the background between Antioch and Alexandria. Which one is more Christian? Would you pick the manuscripts from a more trustworthy area that the Lord picked, or would you go with an older manuscript?

We believe KJV comes from all manuscripts in the line of Antioch and Byzantine. So, where there’s a Greek manuscript that KJV doesn’t have, you’ll find old Latin supporting it. Where the Greek manuscript failed, you’ll also have the Syriac Peshitta. There are also papyrus manuscripts, but these are famously called the traditional texts. This line has many different names – Antioch Byzantine, Textus Receptus, (remember it is Greek only). Why is traditional text better? Because it’s going to take all the Greek manuscripts and everything in line with Textus Receptus or Antioch. Old Latin came out in the 2nd century after Greek originals in Antioch. Syriac Peshitta is in the 2nd century also.

When the KJV translators translated, they used these two manuscript families but also all the manuscripts that were birthed out of Antioch – Byzantine. They picked the best words out of them and gave you the KJV. Before the KJV, there were other earlier translations, e.g., Valera Spanish, Old English Wickliffe, Leviton’s French, Polyglot Bible, Luther’s German. There are 7 to 14 different editions of the Textus Receptus – so the KJV translators took all of these to give you a superior bible. That’s why the KJV is superior to the Textus Receptus, Hebrew Masoretic text. The blood of the martyrs who bled and opposed the Roman Catholic church gave up their lives to translate the Bible are the ingredients of your Bible.

The Bible consistently says, look at the fruits. Whose fruits look better?