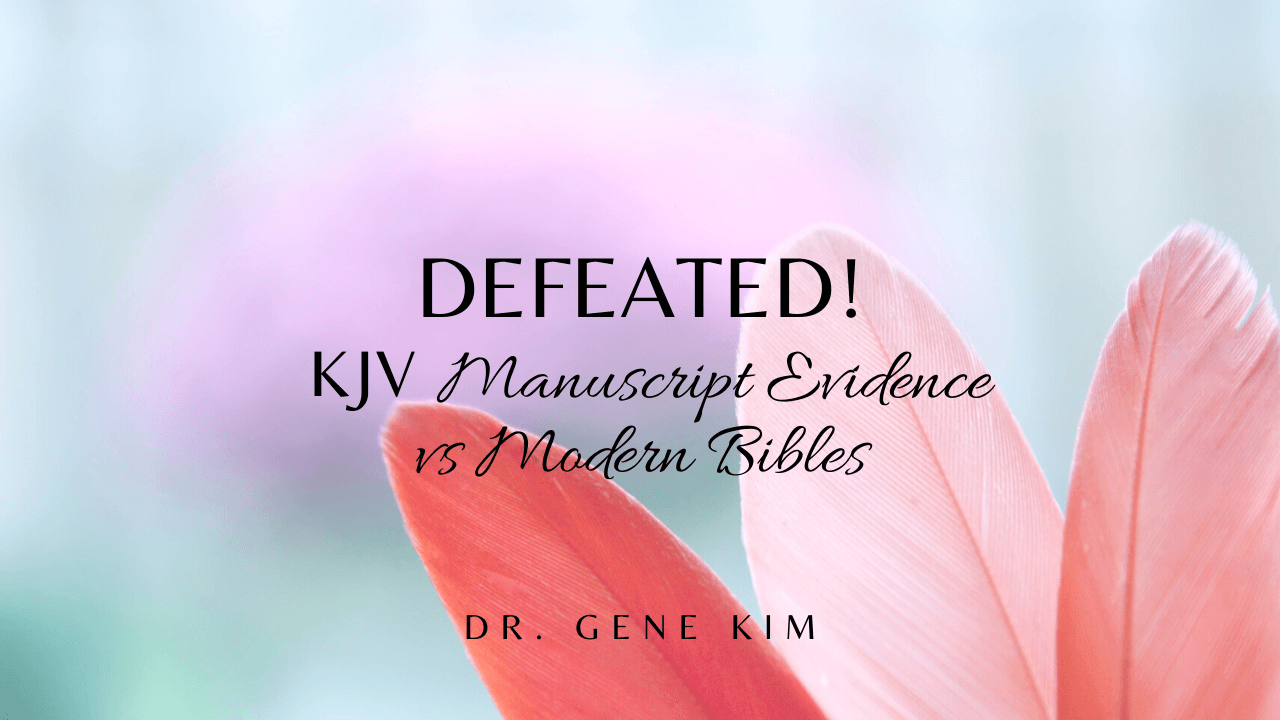 The reason for choosing the King James Bible is the manuscript evidence supporting it, which we will cover in this study.

In the Nestle Aland text, 𝔓 represents “majority text.” This is where the King James Bible comes from. “Majority text” means that most manuscripts support much of the KJV text. Logically speaking, the Bible that has the most manuscript evidence should be chosen, which is why Bible believers choose the KJV as their Bible.

*P75 is the oldest manuscript, given that papyrus material is well preserved.

Famous Oxford scholar, Dean Burgon, criticized the manuscripts that were used to make the first modern Bible by Wescott Hort and said:

“All four are discovered on careful scrutiny to differ essentially not only from the 99 out of the 100 of the whole body of extent manuscripts but even from each other”. (The Revision Revised, Dean Burgon p.12)

According to Dean Burgon, only 1 percent of the manuscript evidence supports modern versions, and 99 percent (which is attributed to the majority text) supports the KJV.

Seeing this makes it clear what Bible to choose. Scholars, however, do not think so. They make it seem as if the KJV does not come from the majority of manuscripts. Despite this, even the Nestle Aland text, an anti-KJV text which is respected as the authority by manuscript scholars, admits that the majority text (𝔓) is:

Although 1 John 5:7 was not found in the Greek manuscripts, it was found in one of the ancient manuscripts, meaning that most verses from the KJV will come from the majority text while the remaining percentage comes from the ancient texts. If we’re talking about choosing a Bible with the most manuscript evidence, the King James Bible is the clear winner.