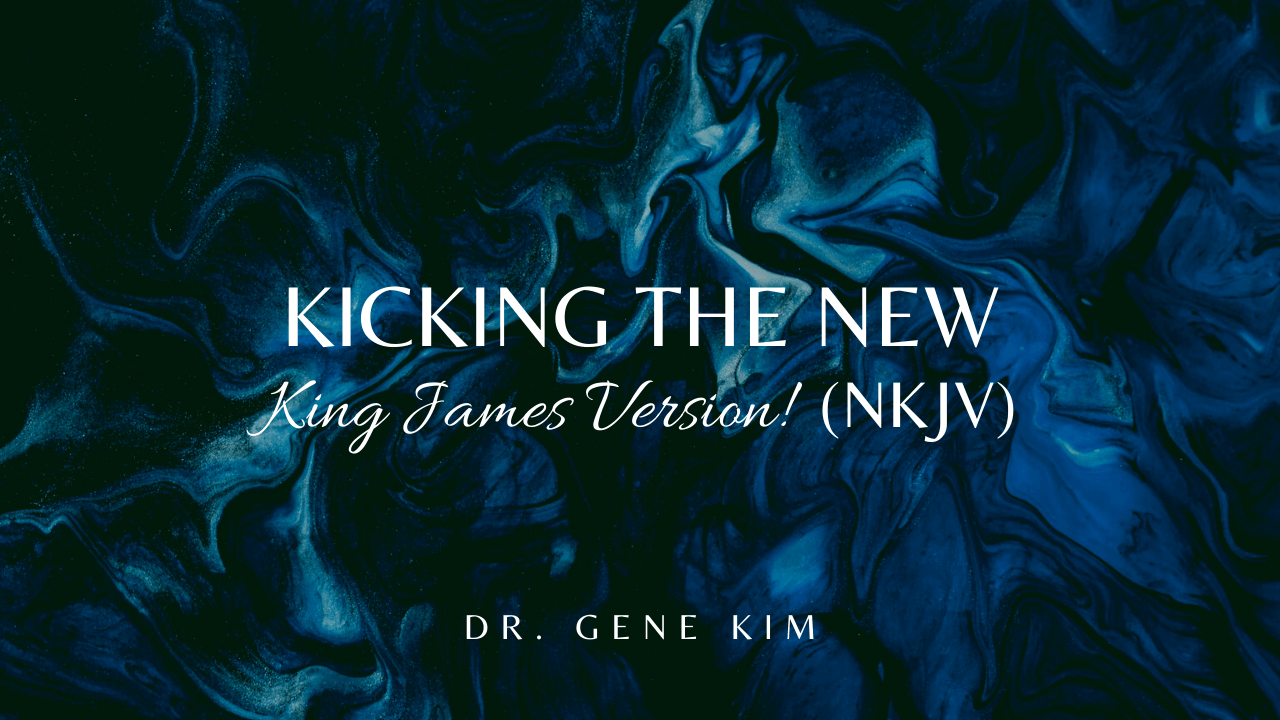 The false notion is that the New King James Version is an update of the King James Bible. That is not true. It is a modern Bible that is heresy. Like other modern Bibles, essential verses have been changed and/or removed due to the influence of evil tainting the translation of these Bibles. This particular translation is even more troubling because of the deception behind the name. The modern Bible translators would have you believe that this modern translation holds to the same integrity and standards of the original, but this is not the case. They have manipulated the name of God’s perfect Word to deceive people into believing it is merely an updated version of the correct Bible.

Let’s look at some verses that the NKJV messed up to show why the NKJV is merely another heretical modern translation.

Did all Jews go to the promised land?

Hebrews 3:16: “For some, when they had heard, did provoke: howbeit not all that came out of Egypt by Moses.”

The NKJV insists that all the Jews survived and went to the promised land! That’s not what the Bible says. In the original King James Bible, we see that not all Jews made it out of Egypt alive. How can the NKJV be an “updated” version of the KJV when it so strongly contradicts it like this?

Went against or went to the aid

2 Kings 23:29: “In his days Pharaohnechoh king of Egypt went up against the king of Assyria to the river Euphrates: and king Josiah went against him; and he slew him at Megiddo, when he had seen him.“

2 Chronicles 35:20: “After all this, when Josiah had prepared the temple, Necho king of Egypt came up to fight against Charchemish by Euphrates: and Josiah went out against him.“

The people’s greatness and beauty vs. God’s

Zechariah 9:16-17: “And the LORD their God shall save them in that day as the flock of his people: for they shall be as the stones of a crown, lifted up as an ensign upon his land. For how great is his goodness, and how great is his beauty! corn shall make the young men cheerful, and new wine the maids.”

NKJV says ruthless men retain riches! They changed the context. Why would they change “strong” to “ruthless?” There is a big difference between those words! Ruthless paints the men spoken about in a very negative light, while strong retains a positive outlook at these men. Godly men are strong. Wicked men are ruthless. These change to the verse ruins the context and message it’s trying to convey.

Jesus’ humility vs. who he helps

Jesus humbled Himself to become one of us. This is a profound and unbelievable truth of the Gospel. In the book of Hebrews, God beautifully expresses this truth.

Hebrews 2:16: “For verily he took not on him the nature of angels; but he took on him the seed of Abraham.”

The message of this verse is obvious. But it is almost unrecognizable in the NIV! It there reads, “For surely it is not angels he helps, but Abraham’s descendants.” This verse was not speaking about who it is that Jesus helps: it spoke about the nature that Jesus took on during His earthly ministry.

The New King James Version is particularly deceptive because it uses the name of God’s perfect Word. It’s a trick of Satan, meant to deceive those looking for the true King James Bible. It claims to be the same thing as the real King James Bible, simply with updated language. But that’s not true. We will explore why.

Proverbs 16:1: “The preparations of the heart in man, and the answer of the tongue, is from the LORD.”

This verse is twisted in the New King James Version. It reads, “The preparations of the heart BELONG to man.” This is not an accurate representation of the King James Bible like they say it is! It takes the credit that belongs to God and gives it to imperfect man instead.

Proverbs 19:18: “Chasten thy son while there is hope, and let not thy soul spare for his crying.”

The New King James Version says, “do not set your heart on his destruction.” This is a watered-down version meant to fit the liberal agenda of the world today.

Proverbs 16:10: “A divine sentence is in the lips of the king: his mouth transgresseth not in judgment.”

Proverbs 25:23: “The north wind driveth away rain: so doth an angry countenance a backbiting tongue.”

The New King James Bible says that the north wind brings rain. This is a changing of God’s Word in a disturbing way.

1 Corinthians 1:18: “For the preaching of the cross is to them that perish foolishness; but unto us which are saved it is the power of God.”

The New King James Version says being saved. That is heresy! We are not being saved. We are already saved! Our salvation is not conditional: it has already been achieved.

Romans 4:25: “Who was delivered for our offences, and was raised again for our justification.”

Proverbs 18:8: “The words of a talebearer are as wounds, and they go down into the innermost parts of the belly.”

The New King James Version says that the words of a talebearer are like a dessert! That’s the complete opposite meaning! If that’s the case, how can this possibly be the same Bible?