Missing or Corrupted Verses in the Modern Bibles 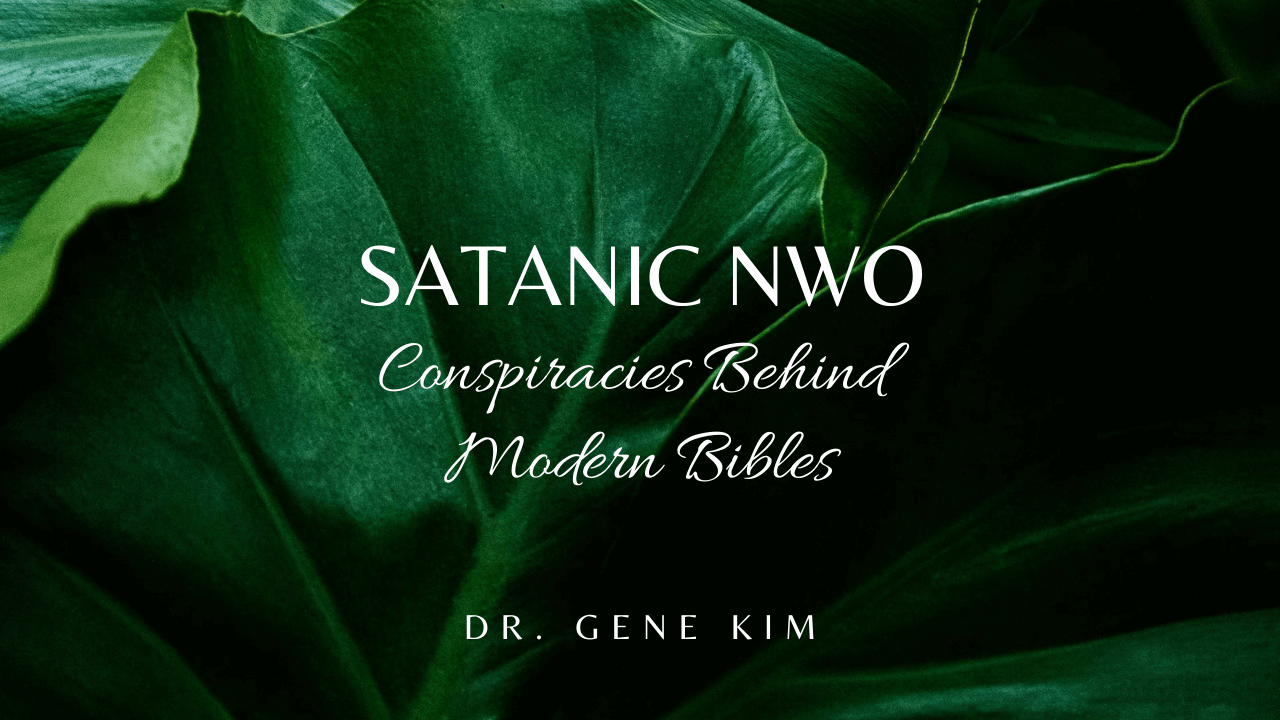 All the Bible versions except the King James Version of the Bible are satanic. He emphasizes that the modern Bibles have manipulated the teachings and message of Jesus. He discourages this perception that it is just a conspiracy theory rather than a satanic act. All the Bibles are paving the way to the New World Order, and Satan uses it. Here are some verses from the modern version of Bibles that altered the literal meanings of the scriptures, and after having read these altered verses, anyone would think deeply.

On the contrary, the New King James Version (NKJV) says that “Divination is on the lips of the king.”
Here, the word `divine` is exchanged with `divination.` divination refers to something cultic.

2) Lucifer takes the place of Jesus

Isaiah 14:12 “How art thou fallen from heaven, O Lucifer, son of the morning! How art thou cut down to the ground, which didst weaken the nations”.

The New International Version of the Bible (NIV) did something terrible. It says, “How you have fallen from heaven, O morning star, son of the dawn.” It is a massive mistake because “Morning star” in the KJV refers to Jesus Christ.

Revelations 22:16 “I Jesus have sent mine angel to testify unto you these things in the churches. I am the root and the offspring of David, and the bright and morning star.”

The English Standard Version of the Bible (ESV) says “how are you fallen from heaven, O day star, son of dawn.” `Day star` must be Jesus Christ because in 2 Peter 1:19 we read that “We have also a more sure word of prophecy; whereunto ye do well that ye take heed, as unto a light that shineth in a dark place, until the day dawn, and the day star arise in your hearts.” So it is clear that `Day star` is Jesus Christ. Many other modern versions of the Bible have made the same awful mistake and have made Satan, the day star.

Can anyone say that it is just a conspiracy theory and is not a satanic act? Can you believe for even a moment that Satan becomes the morning star or day star?

3) God is a spirit or God is spirit

Here King James Version has associated a distinction with the God that he is ‘a Spirit.` He is not like other spirits nor is an ordinary spirit but he is ‘a spirit.` This `a’ is the distinctive word, but again modern versions of the Bible made the same horrifying mistake.

For instance, New International Version (NIV) says, “God is spirit.” NIV has removed the distinction of being unique from God and says he is just spirit, not ‘a spirit.’ God is not all the spirits in the universe, unlike what the New age people believe in.

The next verse would make you think about what New World Order would want you to do.

Revelation 13:16 “And he causeth all, both small and great, rich and poor, free and bond, to receive a mark in their right hand, or in their foreheads.”

It is because of this verse that people are concerned about the implantation of chips. Fox News has reported that by implanting a chip in your hand or in your forehead, you will be able to buy and sell whatever you want. This implantation of a chip will surely change the credit card system.

Now, look at the modern versions of the Bible. The New International Version (NIV) says, “to receive a mark on his right hand or on his forehead.”

Behold! Did you see what just happened? NIV altered the wording again. KJV said in their right hand or in their forehead, but NIV noted on his right hand or on his forehead. Someone may conclude after reading this verse from the NIV or other modern versions that some sticker or a tattoo is the mark of the beast. Similarly, the American Standard Version, The Bible in Basic English, ESV, God’s Word Translation, Good News Bible, The Message Bible, New Century Version of the Bible, New King James Version of the Bible, New Living Translation, New Revised Standard Bible all made the same mistake.

An occultist defends the modern Bibles

Manley P. Hall is an occultist, and he says “To make things right we will have to undo much that is cherished error. The problem of revising the Bible shows how difficult it is to do this. For the last hundred years, we have been trying to get out an edition of the Bible that is reasonably correct, but nobody wants it. What is wanted is the good old King James version, every jot and tittle of it, because most people are convinced that God dictated the Bible to King James in English.”
He is clearly insisting that it was the KJV believers who slowed down the works of the modern Bible. Those Christians who force other Christians to have a firm belief in modern versions of the Bible will surely be accountable for their sin.

Manley P. Hall again said that “The King James Version of the Holy Bible, this translation teams with error and is hopelessly unreliable from a scholastic viewpoint, yet popular acceptance has caused this version of the Holy Writ to become to be recognized as infallible so that the religious public will now reject a correct translation. In fact, it has already shown its attitude in the matter by refusing a revised edition for over 300 years. Erroneous theological notions have been circulated, deriving their authority from the King James translation of the Bible.”

He believed that the verses in the KJV taught these doctrines that he didn’t agree with, that is why he put out another bible to correct those “wrong theological notions.”

1) Study, not just “be diligent” about the BIble

2 Timothy 2:15: “Study to shew thyself approved unto God, a workman that needeth not to be ashamed, rightly dividing the word of truth.”

What it all boils down to is that Christians have to study and rightly divide Scripture. Modern Bibles won’t tell us that.

2) Abstain, not reject all appearance of evil

1 Thessalonians 5:22: “Abstain from all appearance of evil.”

There are certain things we won’t say, watch, or do as believers because we must avoid appearances of evil. We are committed to providing a true testimony of Christ to the world. Modern Bibles translate this as “form” or “kind” of evil. This verse is crucial for our lives as Bible believers! The meaning is changed too drastically to ignore. Avoiding an appearance of evil is much different than the NIV telling us to “reject every kind of evil.” The KJV speaks to our witness as believers, while the NIV points to something else entirely.

3) Fast and pray to remove demons

Mark 9:29: “And he said unto them, This kind can come forth by nothing, but by prayer and fasting.“

Our next example, Mark 9:29, doesn’t even exist in modern Bibles! This verse is crucial because it tells us how to rid ourselves of demonic influences. Jesus tells us that it is by fasting and prayer combined that we remove demons.

Matthew 17:21: “Howbeit this kind goeth not out but by prayer and fasting.“

Matthew 17:21 removes fasting. But we must not forget the importance of fasting! Jesus tells us it’s an essential part of casting out demons! How are we to follow His guidance as our healer and teacher when His words are misconstrued in this way?

5)The Bible warns about science!

1 Timothy 6:20: “O Timothy, keep that which is committed to thy trust, avoiding profane and vain babblings, and oppositions of science falsely so called.”

This is the only verse in the entire Bible that warns about false science. In modern Bibles, “science” is replaced with “knowledge.” We must understand the difference between science and knowledge. They are two entirely different things. The Oxford dictionary defines knowledge as “facts, information, and skills acquired by a person through experience or education; the theoretical or practical understanding of a subject.” Science, on the other hand, is a discipline in which we attempt to ascertain an understanding of the physical world through observation. These are entirely two different things, but modern Bibles would have you think they are one and the same.

6) Evidence of the Trinity

1 John 5:7: “For there are three that bear record in heaven, the Father, the Word, and the Holy Ghost: and these three are one.”

It has been removed in modern Bibles. Without it, we completely lose the right and crucial doctrine of the Trinity!

7) Calvary is in the Bible

Luke 23:33: “And when they were come to the place, which is called Calvary, there they crucified him, and the malefactors, one on the right hand, and the other on the left.”

“Calvary” is replaced with “the skull” in modern Bible translations.

This is just bizarre. The place was known as Calvary. Calling it “the skull” is looking at it solely from a Hebrew context, but we are not reading a Hebrew Bible: we are reading an English one.