Our Statement of Faith 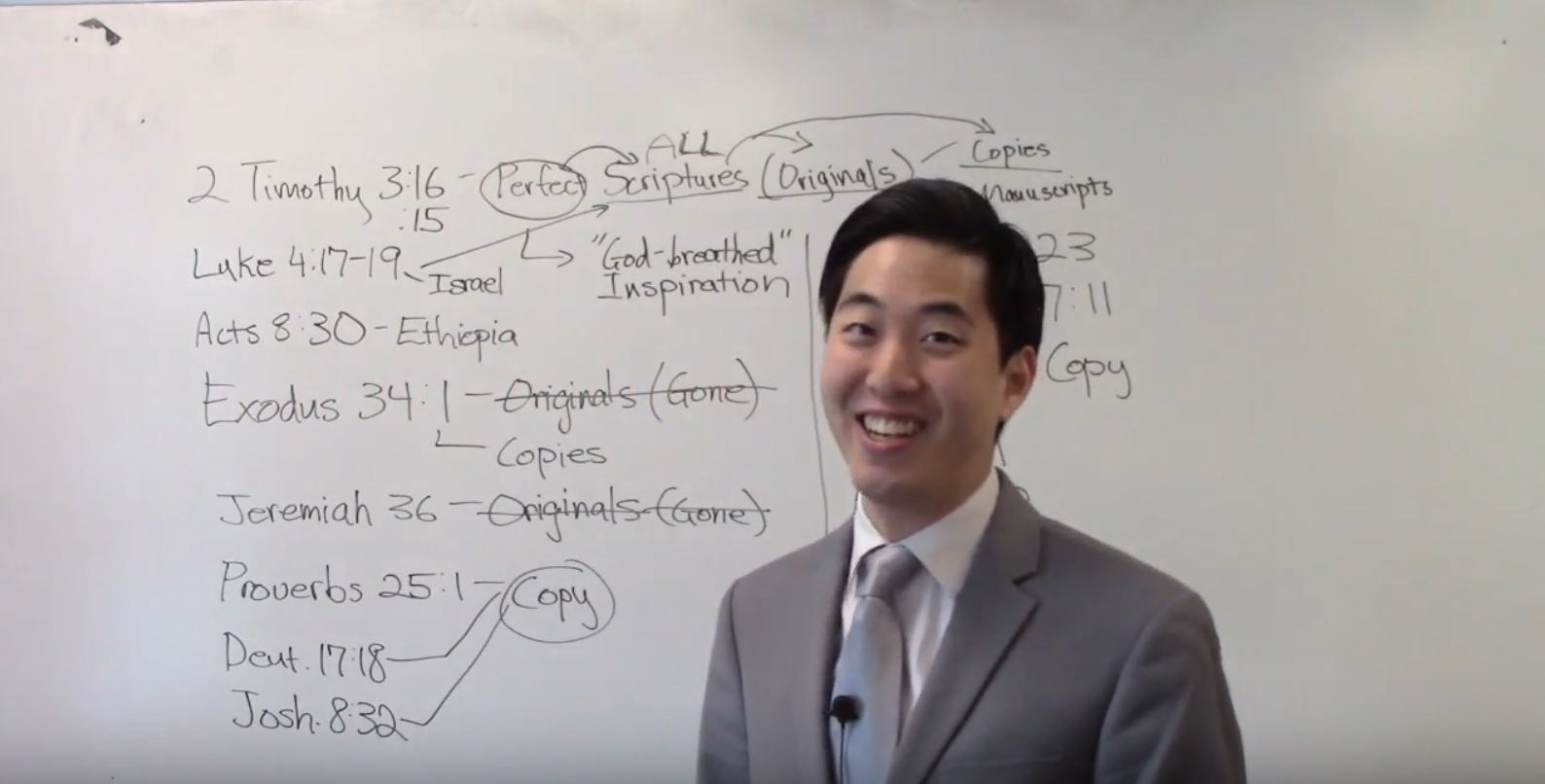 We believe the absolute, sole, authoritative rule for faith and practice is the perfect, preserved word of God, which, for English-speaking people, is solely the AV 1611, King James Bible. We believe all modern English versions contain corruptions and doctrinal errors (Psalms 12:6-7).

We believe in one triune God, eternally existing in three persons—Father, Son, and Holy Spirit—each co-eternal in being, co-identical in nature, co-equal in power and glory, and having the same attributes and perfections (Deuteronomy 6:4; 1 Timothy 1:17; 1 John 5:7).

The Eternal State of Mankind

We believe any repentant sinner has the free choice to trust in the death, burial, and resurrection of Jesus Christ for salvation. The sinner’s prayer is used for this belief provided the person does not think salvation is by repeating a prayer. Once saved, the person is always saved, eternally secured, and cannot lose salvation no matter what sin is committed in the future. Therefore, we reject any belief that attacks repentance, the sinner’s prayer, and the free gift of salvation. We also reject salvation by works, Calvinism, “quick prayerism,” “easy believism,” “lordship salvation,” and “sinless perfectionism” (Acts 20:21; 1 Corinthians 15:1-4; Romans 10:9; Ephesians 2:8-9, 4:30).

We believe in two scriptural uses of the word “church.” It is the body of Christ consisting all saved Christians and a local assembly of saved Christians. Hence, a saved Christian must not be rogue, but rather join a historical line of the best local assemblies. For today, these are independent, fundamental, Baptist churches that strive for perfection in doctrine and practice, becoming real Bible Believers. We believe in only two ordinances for the church, which are the Lord’s Supper and baptism by immersion in the name of the Father, Son, and Holy Ghost. We believe the church has two offices, which are pastors and deacons, and these offices are restricted to men only. The church is separate from the state, because one should not have control over the other (Ephesians 4:11-14; 1 Corinthians 11:20-34; Matthew 3:16, 28:19; 1 Timothy 3:1-13; John 18:36).

We believe that God has ordained all authority consisting of three basic institutions: 1) the home, 2) the church, and 3) the state. Any form of rebellion is not tolerated. Unless a specific command from authority violates scriptures, we believe that God is to be obeyed rather than man. However, every other command that does not violate scripture from a given authority must be obeyed regardless of the person’s deficiency. The authority is held accountable to God for greater condemnation than others, so the individual must not abuse power (Ephesians 5:22-6:4; 1 Peter 2:13-15, 5:1-6; Acts 5:29; James 3:1).

We believe that Christians should attempt to practice godly lives and separate themselves as much as possible from the world. We reject sinful activities, such as drinking, smoking, gambling, cursing, fornication, and homosexuality. We reject worldly influence, such as contemporary music and inappropriate dressing. We reject apostasy and compromise that result from ecumenical meetings and doctrinal deemphasis (1 Corinthians 5:11; Galatians 5:17-21; Romans 16:17).

We believe in the gifts of the Spirit with the exception of those gifts which are specifically called “signs” (speaking of tongues, visions, prophecies, healings, and random baptisms of the Holy Ghost). People can only partake in the signs when they are surrounded by (1) the apostles since they must confirm the word while the complete Bible was unavailable, and (2) the Jews since signs were originally purposed for them. We believe signs have gradually ceased, because (1) the gradual switch from Jews to Gentiles now annuls its purpose, (2) the apostles recognized this cessation, and (3) the Bible is available today. Thus, we walk by faith in His words, not by signs to see. No scriptural evidence is found anywhere to support signs for today with the sole exception of Satan’s ministers. If a person claims to perform signs, we have the right to put that individual through any test (Mark 16:14, 17-18; 2 Timothy 4:20; 1 Corinthians 1:22; Acts 13:45-46; Hebrews 2:3-4; 2 Corinthians 5:7; Romans 10:17; Mark 13:22; Revelation 2:2).

We believe that God created the universe in six literal, 24-hour periods. We reject evolution, the day-age theory, theistic evolution, and intelligent design not attributed to God as unscriptural theories of origin. We also reject labeling the gap theory as “heresy” since it raises unnecessary division and more confusion than answers to the subject of creation (Mark 10:6; Genesis 1-2; Isaiah 45:18).

We believe in the imminent return of the Lord Jesus Christ to rapture the church before the Tribulation. At the end of the Tribulation, Christ will return to earth, establish His reign from the city of Jerusalem, and confirm His kingship over the earthly Messianic Kingdom that was promised to the nation of Israel. (Luke 21:21-23; 1 Thessalonians 5:9; Romans 11:25-29; Revelation 19:11-16; 20:1-6).

We believe that every Christian should support ministries financially. We believe giving is not minimized to a tithe, but rather more to the sacrificial best of the person (1 Corinthians 16:2; 2 Corinthians 9:6-7).

We believe the scriptures should be rightly divided in order to define mankind’s responsibilities in successive ages towards God. We believe proper dispensationalism result from a historical-grammatical approach, literal interpretation, and progressive revelation. We reject any “anti-dispensational” or “revised dispensational” view that teaches bondage to the Mosaic law and Sabbath, salvation has been the same in all ages, the church replaces Israel, and the church will endure through the Tribulation. We reject the Mid-Acts movement that teach the church started in the middle of Acts or afterwards. We reject any other “hyper-dispensational” view that abolishes Christian application in the Old Testament, the General Epistles, Romans 10, the bride of Christ, water baptism, Lord’s Supper, and tithing (2 Timothy 2:15; 3:16-17; 1 Peter 1:10-12; 2 Peter 3:16, 18).

We believe that every Christian should strive for all possible means to witness to souls everywhere. This includes supporting missions, street-preaching, visiting homes, distributing tracts, or attempting any form of personal witnessing (Acts 1:8; 20:20).